JIT investigations into fake accounts cases against Asif Ali Zardari are expected to make explosive disclosures. Will the two opposition parties come together to resist the political pressure? 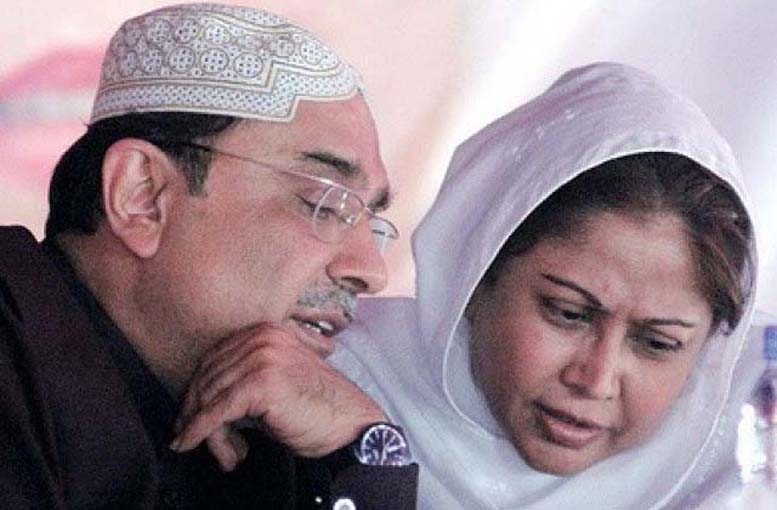 There seems to be a political ceasefire in Pakistan concerning the government and the opposition amid the rising tension between the two archrivals, Pakistan and India. In fact, the border tension has defused the otherwise highly-charged political atmosphere in the country. But that does not mean all is well for the key opposition leaders, Sharifs and Zardari.

How long will this ‘truce’ prevail depends on how the situation unfolds in the next few days. Investigations into cases against former President Asif Ali Zardari and some of his family members are nearing completion. The Joint Investigation Team (JIT), working on the most ‘explosive disclosures’, may give a decisive report to the Supreme Court in the next two weeks, sources say.

This may not be good news for the PPP. How the young and energetic PPP Chairman Bilawal Bhutto Zardari handles this situation will be his real test. The investigation, which has entered the final stage, contains details about the bank accounts in the name of family members and alleged transactions, and Asif Zardari’s links with the ‘fake accounts’.

We have not heard any ‘breaking news’ about NAB, Supreme Court, JIT; nothing about fake bank accounts, Model Town; no blame-game between the PTI and PML-N or the PTI and PPP in the past few days. The last one we heard was about the rejection of Nawaz Sharif’s bail plea on the health ground by the Islamabad High Court. Another one presented to us was about the arrest of Speaker Sindh Assembly, Agha Siraj Durrani, and the NAB raid on his Karachi residence. In protests against Durrani’s arrest, the PPP displayed restraint. It appears, presently, the government and the establishment will not encourage any political upheaval. They may however gear up for action after some time.

After the arrest of Zardari’s close friends like Anwar Majeed of the Omni Group, his son Namar Majeed, and noted banker Hussain Lawai, Durrani’s is the next high profile arrest among the PPP since the PTI government came to power. Although his arrest is on charges of possessing assets beyond his sources of income and the embezzlement of public funds in the construction of the MPA hostel and the new Sindh Assembly building as well as making illegal appointments, he may face serious questions about his party boss.

Investigations conducted by the JIT headed by Irfan Mangi, who got fame for his work in the JIT against Nawaz Sharif over Panama Leak, has allegedly found some ‘credible details’ which may establish not only the financial link of Zardari with the Omni Group but much more. The latest details collected regarding certain properties including a tower near Clifton, and of accounts of some other family members could put the former president in trouble.

The latest details collected regarding certain properties including a tower near Clifton, and of accounts of some other family members could put the former president in trouble.

One of the sources who had been summoned by the JIT a few weeks back disclosed that unless some pressure or political compulsion prevents JIT or NAB not to arrest, things look pretty tight for Zardari. "This is not regarding the tower which belongs to the known real estate tycoon. The one case which may put him in trouble is on a property that belongs to a bank," the source said, continuing, "Things are also not good regarding some other members of the family."

The PPP leaders admit that although they have gone through such political turmoil before, the current situation is particularly challenging. They are facing a serious dilemma in the fake account or money laundering probe, and fears arrests of some more high profile arrests. They have tried to present the case as fake and concocted. Zardari told the media last week that he would face the court and take the legal course, "Jail is my second home and I would not run away from such inquiries".

One has to wait and see how JIT will assist NAB in building cases and references against Asif Zardari and his sister Faryal Talpur. "Zardari knows what is more likely to come in the next few weeks. His biggest concern is not his possible arrest but of his sister," the source adds.

In the last few days, the PPP has tried to protest against the corruption charges mainly in Sindh. For the party’s protests to be effective, it must build a grand alliance with the opposition parties. So far, however, both the opposition parties of PPP and PML-N have not been able to form a coalition powerful enough to resist the pressure, mainly because of the trust deficit between Zardari and Sharif.

Zardari fears Sharif, through his younger brother Shahbaz Sharif, has already got some ‘relief’, and may get the NRO. Similarly, Sharif is not sure about Zardari’s real game plan.

The relationship between Zardari and Nawaz Sharif got tense when in 2015 Zardari’s closest aide and college friend Dr Asim Hussain got arrested on two counts: Rs462 billion scam and for providing medical facilities to alleged MQM terrorists in his hospital. Back then, Zardari had issued a hard-hitting statement, saying, "Nawaz Sharif stabbed us in the back."

The arrests of some other close aides of Zardari, like Sharjeel Inam Memon, Nasir Morai and others (all during PML-N government) have ultimately led to the present investigation. The fake account probe first started in 2016 on the State Bank report.

This ‘political truce’ will last till the tension with India settles down. The government of Prime Minister Imran Khan still looks determined as far as his ‘anti corruption’ narrative is concerned. Let’s wait and see how things reshape in the coming weeks, but, certainly, political temperature is likely to rise when the JIT issues a comprehensive report on fake account and money laundering. How the PPP handles the situation will be a challenge more for Bilawal than his father Asif Ali Zardari.