Although India has blamed the JeM, sources within the group say they did not claim responsibility for the Pulwama attack 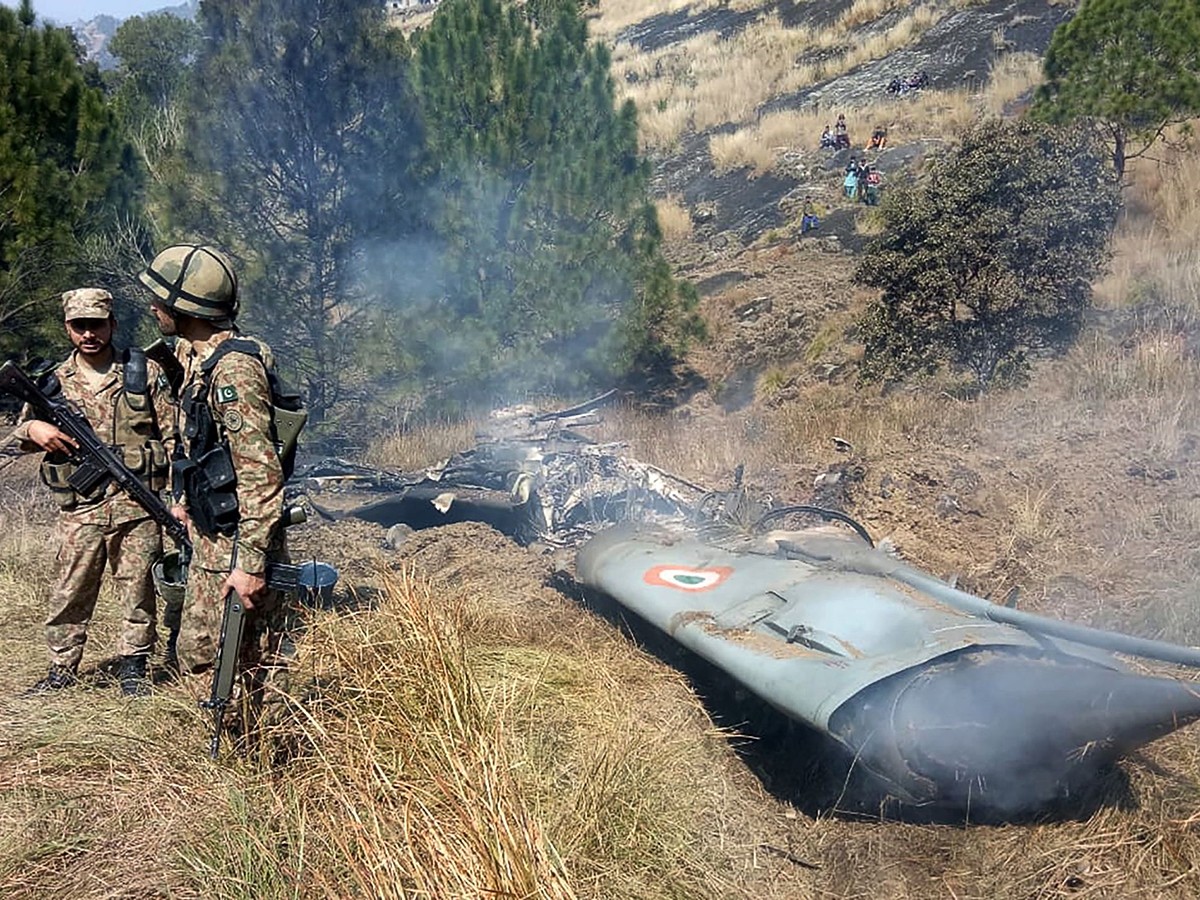 The Jaish-e-Muhammad (JeM) is again in the news and the target of India’s ire after the suicide bombing on February 14 at Pulwama in India-occupied Jammu & Kashmir state in which 44 of its soldiers were killed.

This was the biggest peace-time loss for Indian security forces in Jammu & Kashmir, where attacks by the militants have been common since July 1989 when hundreds of young Kashmiris picked up the gun to fight for freedom from India’s rule. It was obvious that post-Pulwama the BJP government of Prime Minister Narindra Modi would talk of revenge to reinforce its credentials as a party of Hindu nationalists capable of defending India, more so at a time when the general election was a few months away.

India blamed the JeM for the attack on the basis of the nine-minute, pre-recorded video message in which the suicide bomber, Adil Ahmad Dar, claimed that he was affiliated with the JeM.

Rather, they said they didn’t know the 20-year old Adil Dar and were surprised that he was associated with the JeM. The JeM seems to have a command structure in the Kashmir valley and young men like Adil Dar are recruited and radicalised indigenously instead of bringing them to Azad Jammu and Kashmir for training purposes.

Maulana Taha, a leader of the JeM closely related to the outlawed militant group’s founder Maulana Mohammad Masood Azhar, in a recently recorded audio message said they were proud that Adil Dar had claimed his affiliation with the JeM. He maintained that no member of their family or any JeM fighters were killed in the Indian airstrikes near Balakot in Khyber Pakhtunkhwa. Refuting the Indian claim that a large number of JeM commanders and fighters were killed in the attack, he remarked that coffins and funerals cannot be hidden.

Among others, the Indian media quoting unnamed sources claimed that Yousaf Azhar, the brother-in-law of Masood Azhar and the administrator of the JeM training camp in Balakot area, was among those killed. However, JeM sources told TNS that he wasn’t present in the Jaba-Balakot area when the Indian jet-fighters attacked the forested hilly area and was safe and sound.

Yousaf Azhar, also known as Ghauri Bhai, is about 40 years old and is married to the younger sister of Masood Azhar. Like Masood Azhar, he belongs to Bahawalpur in Punjab.

The JeM seems to have a command structure in the Kashmir valley and young men like Adil Dar are recruited and radicalised indigenously instead of bringing them to Azad Jammu and Kashmir for training purposes.

Yousaf Azhar is an active member of JeM and fully committed to its philosophy and goals. Yousaf Azhar is his code-name and he has added Azhar to his name to show his closeness and allegiance to Masood Azhar.

The place hit by the Indian warplanes early on February 26 is known as Jaba, located between Mansehra city and Balakot town. Jaba is well-known for its sheep breeding centre.

Jaba is a big village and the villagers rushed to the place where the Indian aircraft dropped their payload while escaping back to Indian occupied Kashmir. The locals and the journalists, including those working for the international media, who flocked to Jaba after the attack didn’t see or report any person killed. The locals said one house was partially damaged and its owner Nooran Shah suffered minor injury when shrapnel hit his head. The bombs fell in his wheat field.

However, some members of the media reported that they saw the signboard of a seminary, Madrassa Taleemul Quran along with the names of Masood Azhar and Yousaf Azhar near Jaba. They said villagers told them the madrassa wasn’t hit in the Indian airstrike. Some villagers said the JeM was active in the area until the 1980s.

Adjacent to Jaba is Batrasi, a forested area where the Pakistan Scouts Cadet College is located, but this wasn’t hit. As this is a residential educational institution, the losses would have been huge if it had been hit.

Jaba is located not very far from the Pakistan-administered Kashmir and a road goes from Mansehra to Muzaffarabad, the capital of Azad Jammu & Kashmir. This whole area, especially Balakot and Muzaffarabad were severely affected by the October 2005 earthquake.

Mansehra is in Khyber Pakhtunkhwa and is outside Pakistan-administered Azad Kashmir. The eight Indian jet-fighters apparently came via the Chakoti border area across the Line of Control (LoC) in Azad Kashmir and then headed for the Balakot area in Mansehra. This means the Indian warplanes violated the international border as well after going beyond the LoC.

The Punjab government had earlier seized control of the JeM-linked mosque called Masjid Subhanullah and the JeM headquarters named Markaz Usman Ali in Bahawalpur. Two madrassas operating at these two separate places were also seized by the police and shutdown. One madrassa is for students from the junior classes and the other for senior students studying at the seminary.

The JeM was founded by Masood Azhar in 2000 after his release from an Indian prison, along with Omar Saeed Sheikh convicted for the killing of US journalist Daniel Pearl and Kashmiri freedom fighter Mushtaq Ahmad Zargar. The JeM secured their release in exchange for over 150 passengers made hostage after the hijacking of an Indian commercial plane in 1999 and flown to Taliban-ruled Afghanistan to Kandahar airport. Masood Azhar, who was originally affiliated with the Harkatul Mujahideen group before launching the JeM with blessings of top Pakistani religious scholars, was sanctioned by the US and the UN for having links with the Afghan Taliban.

Pakistan banned the JeM in July 2002 and had at one point arrested Masood Azhar, who was later acquitted by the Lahore High Court. The JeM was blamed for carrying out two attacks in 2003 in Rawalpindi to assassinate the military ruler General Pervez Musharraf. The JeM took responsibility for some big attacks in India-occupied Jammu and Kashmir, but it didn’t make any claim for other assaults, including the one in 2001 on Indian Parliament building in New Delhi.