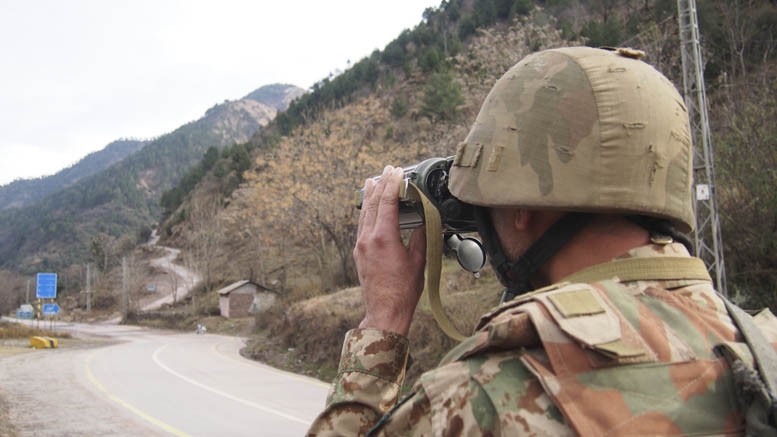 The attack in Pulwama that killed 44 Indian paramilitary soldiers should have brought immediate attention to the solution of the Kashmir problem that has caused about half a million deaths during the last seven decades. Instead, it led to war rhetoric in India, aided by an extremely toxic relationship between the ruling politicians blinded by their electoral exigencies and a pliant but aggressive media that is hungry for TRP ratings.

The attack claimed by a local fighter, Adil Ahmed Dar, through a pre-recorded video justified his act with mainly political arguments. His motivation, according to his rationale, was to challenge the occupation and avenge the atrocities on his people.

Adil’s action remains largely symbolic against a military footprint that is almost half a million strong. His message should have led to a serious soul-searching and questioning of Indian government’s insular approach manifested through a massive increase in the oppression. That approach is glorified by the state through an unending cycle of deaths, destruction, fear with no apparent recourse to justice.

Sadly, the spectacle of death and destruction failed to move India. Instead, from the very beginning, the event shifted focus on Pakistan and accusations of its support for terrorism with almost everyone prescribing war as the solution. Many TV networks invited retired army officers for their expert opinion on when and how to strike Pakistan, and to what effect, with some commentators drawing a comparison to the Israel-Palestine conflict.

The Kashmir issue was conveniently redacted from the discussions. In comparison, a majority of the Pakistani media displayed maturity by reporting responsibly. However, it too missed the bull in the china shop. There was hardly any perspective on the genesis of the crisis.

With the incursion of the Indian Air Force (IAF) planes and their bombing in Pakistan, and the subsequent bombing raids by the Pakistan Air Force (PAF) near the Indian military installations or the downing of their bomber jet(s), the situation reached a new dangerous level. In such a situation, the immediate concern remained immediate de-escalation to avert a war.

It is extremely important to raise the hope that Pakistan will work towards a dignified solution for the stranded Kashmiris. The release of Wing Commander Abhinandan is a welcome sign for de-escalation. However, this does not change the calculus on Kashmir that continues to feed on the confrontation.

Despite Pakistani governments accepting the status of Kashmir as a fait accompli since General Musharraf, Burhan Wani’s death in 2016 changed the status quo.

The Kashmir issue was conveniently redacted from the discussions. In comparison, a majority of the Pakistani media displayed maturity by reporting responsibly. However, it too missed the bull in the china shop.

When more than a million mourners on Kashmir’s streets provoked a new intifada, Pakistan had little choice but to get drawn into the conflict. This led to usual Indian accusations of a Pakistani hand. Some of the allegations were infantile, such as that Pakistan was paying a daily stipend to the agitating youth.

However, this did not stop Indian officials and their media to repeat the allegations and discredit the sentiment on the ground. India reacted to the Kashmiris’ yearnings by blocking and brutalising everyone -- from peaceful protestors to political activists. This resulted in the Pulwama attack that threatened the whole region with large-scale destruction.

Because of its disengagement with Kashmir during the last two decades, Pakistan has lost much of the operational influence and clout in Kashmir.

This is proving dangerous as it incentivises the new generation to think mostly in terms of a violent challenge to India. Such a situation has the potential to lead to more events like Pulwama. Therefore, Pakistan must start credible and sustainable diplomacy for and on behalf of Kashmiris to offer some credible hope to the Kashmiri youth. This could wean them away from violent resistance that seems the only option at present.