In the land of Angkor kings

Unreservedly generous people, peace and charm of smaller cities, exotic food in Phnom Penh… you will look back at Cambodia in awe 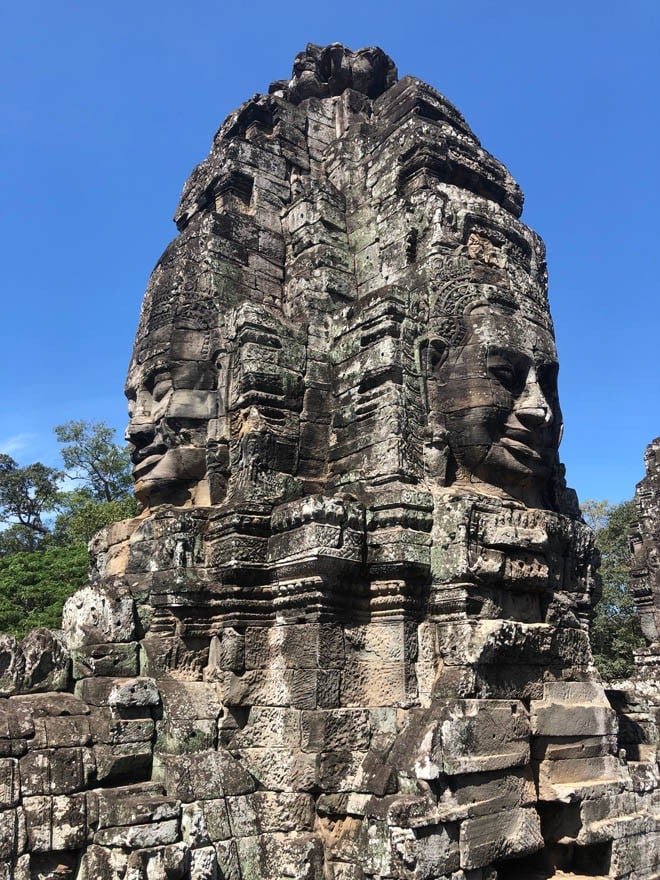 From Indonesia, we flew to Cambodia, marking our return to mainland Asia. Despite the printed e-visa I was clutching in my hand, an immigration officer escorted me to a dimly lit office. I got the feeling that Cambodia did not get too many visitors from Pakistan. The woman looked closely at my documents and, after asking me how much money I was carrying and whom I was travelling with, let me go. I left the office and caught up with my husband, whose American passport means quick nods and hurried stamps at Immigration. Americans, as you can imagine, are rather prolific around Southeast Asia.

We drove three hours to Battambang, Cambodia’s second largest city by population. To us, Battambang appeared like a sleepy town with well-preserved French colonial architecture, where people still rise at dawn to tend to rice paddies and the dirt roads become deserted after 9pm. We arrived at our homestay in the outskirts of town and were greeted by a generous family that immediately invited us to dinner.

The next day, we woke up early to the cacophonous sounds of Southeast Asia -- the fajr aazan bellowing from a nearby mosque followed by a Buddhist wedding celebration. Knowing we would have to wait until the afternoon to nap, we got up and accompanied our host to the nearby market, where women from neighbouring villages came to sell all kinds of foods -- fermented fish that looked like medieval torture devices, whole coconuts to be shredded into flakes, kefir limes, green peppers, papayas. That morning, we learned how to cook Khmer dishes -- the beloved fish amok and grilled beef wrapped in betel leaves. The preparations for each dish were delicate yet extensive, with so many spices being ground together under a mortal and pestle that they would make Pakistani saalans seem like simplistic creations.

It was over this meal that we first began to learn of how deeply the Khmer Rouge genocide and its surrounding events continue to affect Cambodians. Our host Mony, an avid painter and author, sent me a beautiful short story in translation, which she had written about her experience of losing her family house during that time. Our tuk-tuk driver in Battambang took us to a beautiful gilded temple and, after we were done admiring its intricate depictions of the Buddha, told us that he had been imprisoned in that very temple as a teenager. The genocide continues to live on, particularly because it is so recent -- a Cambodian born at the end of the genocide years, in 1979, is only 40 years old today. Travelling to a country with such a recently traumatic history, we looked for hints of its lasting impact. We found everyone around us to be welcoming and openhearted, but also saw a generation of people that hesitates before opening up to strangers, a quiet people.

Three hours away from Battambang, Siem Reap is anything but sleepy, and our next host was anything but quiet. With thousands of tourists making their pilgrimage to Angkor Wat, Cambodia’s most well known attraction that even features on the national flag, this city is bustling with tourist dollars. Instead of living in the crowded city centre, we stayed with Vanna, a young man running a homestay 10 minutes outside the city.

It was over this meal that we first began to learn of how deeply the Khmer Rouge genocide and its surrounding events continue to affect Cambodians.

Each day, we woke up to the sound of motorbikes whizzing past on the red-dirt road, alongside which ran acres of farmland speckled with grazing cows. This is the kind of travel that people struggle to wrap their head around -- why would you pay to live on a farm, when your own parents have worked on one? Indeed, there is a peculiar novelty to such experiences, a yearning for a return to rural simplicity, an exoticisation of a lifestyle that so many people are trying to leave behind. Yet, having seen my own town oscillate drastically towards brash, excessive urbanisation within two decades, I see value in seeking this quieter life whenever I can.

Vanna himself was an enterprising young man with two smart children who spoke fluent English and Mandarin. Over shared breakfasts and a boisterous family BBQ, he told us about his work in Siem Reap’s burgeoning real estate market, in which the biggest players are foreigners from Thailand and China, with the latter using Cambodian land as a means of circumventing China’s strict inheritance laws. This was a uniting thread throughout our travels in Southeast Asia -- the frequency with which we heard the mention of China. While politicians in America continue to debate whether their country was great, is great, or has to be made great, Chinese influence spreads throughout the region like wildfire. In Siem Reap, it has sparked a real estate boom and made Chinese tourists and restaurants ubiquitous.

Next, we headed to Kampong Cham, a lazy town on the Mekong River that is home to a sizeable Muslim population. A beautiful promenade lines the river with restaurants and colourful lighting. It was here that I discovered the glorious Southeast Asian tradition of open-air dance lessons. Walking down the lively riverside, we noticed a large group of women, from teenagers to grandmothers, following a group leader who wore a microphone, dancing for both entertainment and exercise. Fitness is now a worldwide obsession, with overpriced dance and biking studios particularly popular in the West. Unlike those self-conscious gyms that are now infiltrating Pakistan as well, Cambodia’s open-air activity struck me as wholesome and unpretentious. I was in awe, but could not gather the courage to join.

We asked our host, Thomas, if he knew of a cruise down the Mekong River, the mighty body of water springing in China and emptying into the Pacific in Vietnam. There were no official cruises in that small town, but he made a phone call and took us down to a muddy trail that led to the river. The boat that awaited us was less than four feet wide, a fisherman’s boat. We climbed on, first stopping at our guide’s home on an island that sometimes submerges during rainy season, sending its inhabitants to relatives’ houses on the mainland. Walking around the small village of about 100 people, we saw the island’s school, a single room that accommodates students from first to fifth grade. He then took us out to the river, where we saw the sun set over water that turned orange, then purple, then finally black.

Our final stop was Phnom Penh, Cambodia’s capital and hub of education and employment. The city is singularly wealthy among Cambodian cities -- in our five days there, we saw countless Range Rovers in a country that has unpaved roads between major destinations. A large part of the Cambodian economy relies on foreign grants, and in Phnom Penh we saw the trickle-down effect of the NGO lifestyle -- expensive cars, upscale restaurants serving Asian fusion, cafes with $3 ice coffees (the US dollar is the de facto currency in Cambodia, accepted everywhere, from hotels to fruitstalls).

After nearly a week and a half of fermented fish, we revelled in Phnom Penh’s relative proximity to the ocean and culinary diversity, enjoying fresh crabs and squid, a Cambodian version of bahn mi, and even pasta with Parmesan cheese for my homesick husband. At the end, we agreed that while smaller Cambodian cities had left us more at peace, Phnom Penh had redeemed itself in the way big cities usually do, by offering the tastiest food.

Unlike its much mightier neighbours, Vietnam and Thailand, Cambodia is a relatively new player in the tourist game. Scarred by tragedy and its aftermath and held back by a corrupt political system that features many Khmer Rouge officials, the country is trying to find its footing in a world flush with aid money, Chinese buying power, and ever-increasing global travel. We left the country in awe of its unreservedly generous people, but we cannot wait to go back in a few years, to tally what all changes in between.

In the land of Angkor kings