The unfinished agenda of minority quota 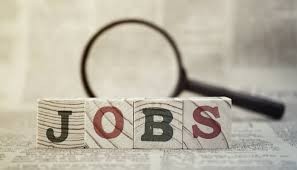 Introducing quotas to particular social groups is often a contested question to the extent of severe opposition in Pakistan. In case of job employment quota for religious minorities, the response has been, however, conciliatory if not welcoming.

The government of Pakistan reserved a minimum of five percent job quota for minorities on May 26, 2009, which was intermittently followed by similar provisions from the provincial governments.

The empirical evidence indicates that it has so far not shown due results. The minorities are still unable to take advantage of this affirmative action and minority jobs seats remain vacant. The data reveals that after nine years in implementation, the minority job quota is still unmet. The number of minority employees is even below the proportion of minority population in Pakistan.

How to make quota work?

This absence of minority employees is still open to many plausible interpretations varying from compliance and implementation of quota to hostile political environment, social resistance, practical neglect, and also lack of stringent constitutional and sub-ordinate legislation and rules to ensure its compliance.

Apart from these explanations, a sizable section of human and minority rights activists now have started holding that it is because the minority candidates generally do not fulfill criteria for jobs. They lack academic and professional qualifications and there are not enough suitable candidates available to fill the jobs. This line of thinking argues that unless the job quota is complemented with minority quota in technical and professional education institutions the aim of mainstreaming minorities in public and professional life will remain unrealised.

So far there is no study done by the government to ascertain why the minority employment quota has not worked and how non-compliance could have been avoided.

The whole lot of the proponents of linking minority employment quota with education quota feels that there is no way out except to make another affirmative action.

According to Peter Jacob, renowned human rights defender who is currently a member of the Implementation Commission for the protection of the minorities’ rights formed by the Supreme Court, the minority education quota is a due enabling idea for bringing minorities into the mainstream. However, this has to be supported by legislative back-up not just through an administrative order.

Noor Imran, Programme Coordinator of Bargad, a civil society organisation, says the experience of working with youth shows that members of religious minorities are defensive in public sphere and this reluctance can only be removed if the system provides them a reliable environment to enjoy full citizenship rights. She says according to a policy brief that Bargad has published on minority quota the link between employments with education quota is undeniable.

The National Lobbying Delegation for Minority Rights is also actively pursuing the quota case. Its member and civil society activist, Asif Aqeel, who is member of a government committee to consider providing a desired education quota to religious minorities in Punjab, says, "the job quota is provided as an affirmative action. The state is considered as the protector of basic rights and the provider of livelihoods and basic services to its people. Affirmative action is a policy instrument, which is used to close the gap between majority and marginalised communities and upholds guaranteed rights and access to opportunities equally for all citizens."

The government notified reservation of a minimum of five percent quota for minorities on May 26, 2009 in accordance with preamble and various articles of Pakistani constitution (Article 4, 20, 21, 22, 26, 27, 28, 37, 51 and 106) to protect minority rights and equal citizenship for all, while Article 36 is about protection of minorities. However, it’s Article 27 of the Constitution (safeguard against discrimination in services) which endows job quota for minorities.

This administrative order defines a minority in the light of Article 260(3)(b) of the Constitution of Pakistan, signifying religious denomination and its allocation is similar to job quotas reserved for women and disabled persons. An important highlight of this quota is that it has to be carried forward if suitable candidates are not available.

However, a publication of the federal establishment wing "Annual Statistical Bulletin of Employees of Autonomous/Semi-Autonomous Bodies/Corporations under the Federal Government" can provide us partial information to indicate severity of the problem. According to its 2012-13 edition, there were a total of 446,816 federal government employees, out of which 10388 belonged to religious minorities. This means that at the federal level, only two percent of the total employees are from religious minorities. It is not only far below the quota requirement but is also lesser than population ratio of religious minorities (3.72 percent) in Pakistan.

The federal government employees’ data further reveals that in terms of Basic Pay Scale (PBS), the minority employees are largely placed at lower tier of the government positions. Forty percent are employed at the level of BPS-1 and another 35 percent do their jobs at BPS-2. The total number of gazetted officers (from BPS 17 to 22) is only 214 with no one working at BPS-22 and only two are employed at BPS-21. Another key feature is that both at gazetted and non-gazetted positions, the share of Punjab is far greater than its part of minority population in the country. In gazetted positions, Punjab occupies 58.82 percent share as compared with 31.86 percent of Sindh, while in total employees’ positions this is respectively 57.00 percent and 18.64 percent.

Another data, shared with the parliament in September 2015, informs that more than 70 per cent posts reserved for non-Muslims were lying vacant. This indicative case of the federal government employees clearly establishes to rethink about minority job quota in Pakistan and link it with allocation of minority quota in education.

Matching and linking quotas in employment with education

In the absence of data, we can assume that an affirmative action of minority quota in educational institutions would practically serve as an instrument for filling the minority jobs and increase opportunities for socio-economic mobility of minority families. This would help their kids to join decent work which is currently reduced to mostly lower tiers of a selected range of fields.

The quota for minority students in education will be a subsequent effort to ensure that minority candidates are placed in allocated jobs with better qualification and the employment quota is filled to obtain equity in public and professional sphere of Pakistani life. It will be a meaningful measure for mainstreaming religious minorities.

What is to be done?

The Higher Education Department in Punjab formed a committee during the previous regime (April 2018) and concluded its proceedings to fix religious minority quota for admissions to public sector universities and colleges. This was in line with the draft of a government bill that proposed a five percent quota for minorities to provide them equal opportunities in the ‘admission policy’ of higher education institutions. It was supposed to be extended to all public and private educational institutions, but is yet to be adopted.

It is, however, appeasing that the present government has made minority quota in education as part of a Minorities’ Empowerment Package announced on December 10, 2018.

The situation demands providing legislative cover to the employment quota supported by a quota in education. Moreover, the federal and provincial bureaus of statistics should be bound to provide segregated socio-economic data pertaining to minority households.

Moreover, the constitutional, legislative and policy guidelines on ‘equity,’ ‘social protection’ and ‘social well-being’ have to be clarified and backed up with subordinate legislation.

The unfinished agenda of minority quota