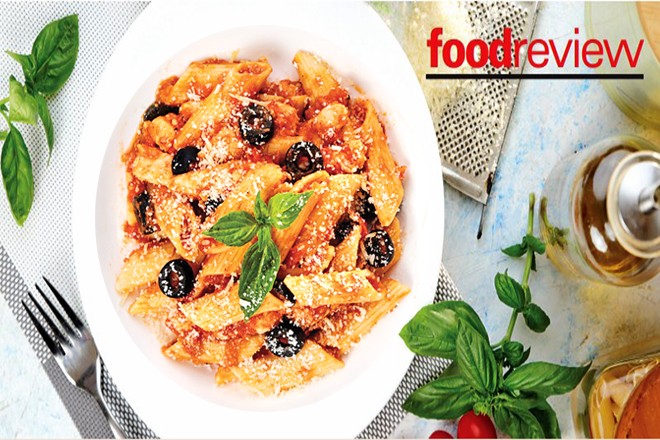 When it comes to cuisine, it seems that Karachi’s heart attack-inducing Italian food is finally getting a healthy and more authentic makeover. Gone are the days of abominable Seekh Kabab stuffed pizzas and rubbery pasta dishes as more and more restaurants are defining the new age of Italian cuisine. The latest to join the nouveau trend is Amichi.

Introducing the concept of ‘make your own pizza and pasta’, the brainchild of three friends who graduated together, Amichi (which also literally means friends), offers diners the freedom to choose how and what they want to eat in the quaint space on Khayaban-e-Nishat.

Decked in welcoming warm tones of reds, Amichi is the perfect space to sit and listen to the founders narrate their story of leaving the corporate world behind and deciding to take a risk and venture into their passion for good Italian food.

If their introduction is anything to go by, it took 18 tries to get the Alfredo just right, whereas it was a four-month process to get the pizza dough to bake just the way the eatery needed.

To see if their claim is backed up by truth, we opted to go for their make your own series, and chose a pair of pizzas which included one with a traditional crust and a roasted bell pepper cream base accompanied with pepperoni, while the other was a classic red with mozzarella and fresh mushrooms. From their pasta options - which Amichi boasts they roll themselves and have learned from one of Italy’s best chefs - we selected penne with basil pesto and crumbled feta, along with a Penne Arabbiata, which is a pre-made speciality of the restaurant.

Made in front of the clientele in an open kitchen, which boasts a thick glass protection, it is a delight to see fresh food being cooked and knowing it would be served piping hot. Clocking in an about fifteen to twenty minutes of cooking and preparation, the food did live up to its promise of being fresh.

However, other than the food being fresh, it was the taste which triumphed everything else.

While the pepperoni pizza did justice by complementing with the herby bell pepper cream, it was the classic mozzarella combination with mushrooms, which literally took the cake. In a metropolis where the word pizza still means puffed up crusts and bizarre toppings, Amichi breathes new air into the market by making it clear that pizza just shouldn’t be messed with by making it an experiment.

In the same way, both the penne with basil pesto and crumbled feta, and the Penne Arabbiata prove that there is such a thing as fresh pasta in Karachi. However, one does wish the latter had more kick to it than it did. While we’re at it, it wouldn’t hurt to understand the concept of Al Dente more as well.  Having said that, Amichi is certainly the saving grace of Italian cuisine in the city and truly, does feel like what they are doing is correct.

All in all, Amichi is easy on the pocket - it’ll cost you PKR 700 excluding taxes for pizza and PKR 550 excluding taxes for pasta. However, one does wish there’s a bit more on the menu than what they have for now. But, until the teething period ends, we could give them the time to improve.