Leaving a heart and a home back 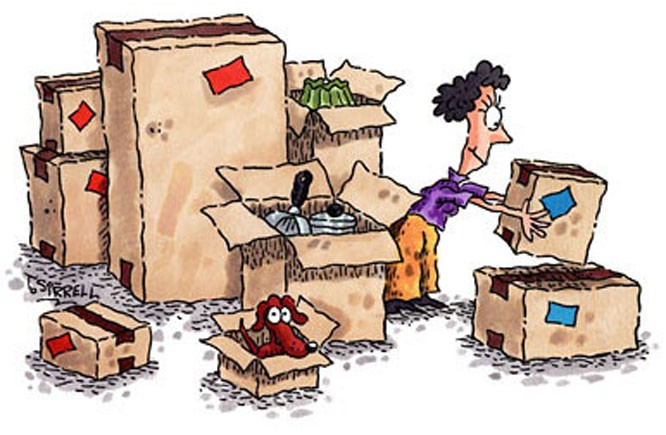 My old house was located in the city’s main thoroughfare. The passing vehicular traffic and the cacophony of horns and the Punjabi songs blaring out of tractor speakers used to jar our nerves. The real kings of noise were the fruit and vegetable vendors. They unabashedly pitched their wares on loud speakers, and when they grew tired of shouting out themselves, they put on non-stop recordings -- "sun-ripe guavas at bargain price, only Rs80 a kilo."

We believed them guilelessly, every word they blurted out. I mean, really, after hearing them for hours at a stretch, who would deny that guavas were not a bargain. When the loudspeaker went off, the donkeys had a go… In that busy neighbourhood, even the beggars carried portable loudspeakers to beg for alms.

That was not all. At night, the neighbourhood food businesses came alive. While they did business (until 3am!), the BBQ aroma satiated us, and the metallic clanging of chairs and non-stop chattering of customers prevented us from sleeping soundlessly. Sometimes the noise woke up our kids.

It was like living in a propaganda wing of a hostile state.

So, when the opportunity came to shift into a rented space, we jumped at it. We found a smaller house located just a few kilometres away from our old home, in a quiet and secluded lane.

But we were novices at moving homes. Soon we realised moving homes is not our strength; it requires some moving, I tell you. We sifted through our belongings which suddenly became our liabilities. We threw away a few and gave away a few more. We also found some lost treasure, like our first child’s broken toys and the TV remote control that we tried to find on every hectic day of the year. Our children told us to keep the remote and throw away the toys, but we wanted to do otherwise.

Once happy we had rid ourselves of all the useless stuff, we filled up the boxes with tears in our eyes and one fine morning headed to our new home -- with all the positivity in the world. Curious neighbours looked quizzingly at the trucks moving our stuff. They remained at a polite distance from us. The day progressed. We randomly placed the stuff in our new living room. We hurriedly arranged the furniture. But, to our shock, our belongings were far too many to fit into our new humble abode. After much jostling, twisting, turning and muscling, we fitted everything in. By nightfall, we were content with our progress.

My father built the old house for me when I was a teenager back in the late 1980s. I was the youngest in the family. He made sure I could easily open the doors.

Soon after marched in the army of electricians, plumbers, carpenters and the likes (as I write this, an airconditioner is lying on the living room floor in place of a sofa). Shifting homes is a never-ending process, and I’m too busy with other stuff to care about the leaking faucets, uninstalled ACs and other important but not so urgent matters.

My father built the old house for me when I was a teenager back in the late 1980s. I was the youngest in the family. He made sure I could easily open the doors, cabinets and drawers while the house was under construction. It was a labour of love for the whole family. We laid the foundation of the house, one brick per sibling. My eldest sister was given the first honour. I still remember how I envied her for it. We moved in almost a year after the foundation was laid. We got married in that house and we had kids in that house. My parents grew old in that same house.

So, how can one let go of a house of such cherished memories?

The truth is that Lahore has become too loud for its own good. Let people be content and happy in their homes with memories.

Leaving a heart and a home back