"Drama is an unforgiving medium" 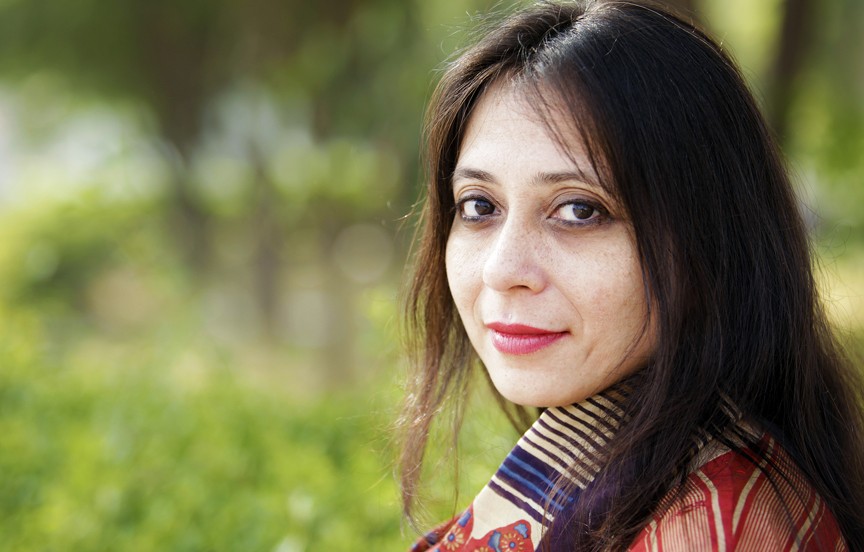 Born in 1978 in Allahabad, Annie Zaidi has dabbled in everything. In addition to essays, she has written poetry (Crush, 2007), short stories (The Good Indian Girl, 2011), plays and has also published a novella. Her work has appeared in several Indian and international anthologies and literary journals. In 2010, her collection of essays, Known Turf: Bantering with Bandits and Other True Tales, was short-listed for the Vodafone Crossword Book Award. In 2018, she won the prestigious The Hindu Playwright Award for her play Untitled 1. Set in a dystopian world, her award-winning play portrays the struggles of the protagonist, a writer, and the impact of censorship, lack of freedom and privacy on his creative process.

In this interview conducted on Skype, Zaidi talks about script-writing, public spaces for women, plot and character development, and how Untitled 1 was essentially an accidental play. Excerpts follow:

The News on Sunday (TNS): You recently won the The Hindu Playwright Award and you’re currently in the process of publishing a collection of your plays. How are you categorising your works that are to be included in the collection?

Annie Zaidi (AZ): I could pick many loopholes in the first play that I ever wrote and was not satisfied but I still let it go for the collection. I think when you read the first play in the collection, and then read the third one for which I won the award, you’ll see for yourself how I am categorising the works from passable to good.

TNS: As a prose fiction writer, how did you shift focus towards drama writing?

AZ: When I was in college, I was quite serious about theatre, especially the writing bit. I even considered training for theatre but the criteria for the National School of Drama proved to be a deterrent and I lacked the commitment they required. While I was always writing on the side --even as part of a writers’ group -- it was only after I got the first book deal that I left my job as a journalist to write full time.

In the beginning, I was mostly focused on writing essays and other long-form pieces, basically experimenting with various forms. However, there was this one specific idea that was neither particularly suited to the short story format nor was it elaborate enough to be turned into a novel. So I started to develop it into a script -- that was the same year that I found about The Hindu Playwright Award which further motivated me to finish working on it. This was how my play, Name, Place, Animal, Thing made it to the shortlist for the award, giving me the confidence to keep writing. I wouldn’t say that it was sheer talent though, for it further took ten years for me to finally win the award. I kept writing scripts and attending scriptwriting workshops, basically working on honing my scriptwriting skills. I am glad the hardwork paid off.

TNS: What is the worst that a scriptwriter can do to a script, for example, lengthy monologues or too many pauses?

AZ: Truthfully speaking, for any kind of writing, and particularly script writing, you cannot put in a dialogue that does not bring new information to your audience about the story. To do otherwise would be unforgivable because your audience is watching the play in real time. If you lose them for five minutes, you lose them altogether. Drama is an unforgiving medium; screen viewing has made us more impatient now. I find myself complaining when I feel that the director has spent twenty five minutes on something that only needed ten. Theatre is also mesmerising though, as you can do interesting things on the spot.

TNS: You have also written scripts for short sketches that you filmed and directed. One of those deals with a woman who is approached by a man in a coffee shop. How did you develop that for instance, particularly the ending, that comes with a "terrible twist"?

AZ: I wrote short films in an attempt to teach myself. This script was written with a single location in mind. I frequented cafes at one point and if you are a regular visitor then you can be recognised after a while. Being watched is threatening. But what if you have a secret and do not want to be watched, what happens then and how you stop it. That was a question I have tried to answer.

In public spaces, women don’t even have the right to move in a straight line. Men do that. And sometimes if you stare them in the eye they do give way. That, of course, doesn’t always work. As a woman, making way in public space becomes too laborious after a while, not worth the effort as the war for space does not stop. It is waged every day.

TNS: Have you written anything about this issue?

What kind of man takes the postal service to court over an undelivered letter? Such a man has to be a bit of a loser.

AZ: My play Jam is about such a situation, a traffic jam. I can’t say it specifically explores women’s ordeal regarding public spaces, but then I also feel psychological states are difficult to write about.

TNS: Do you see your plays becoming short films?

AZ: If the plays could have been short films then that’s what they would have been to begin with. I think they are plays and will stay as such: performance pieces for the stage. Short stories can be adapted to the screen on the condition that their interiority is also interpreted for the screen. The interiority of prose brings something with it that has to be externalised for the film or the stage. The question is how to bring that about and this is where the director’s vision comes in.

TNS: Where does the motivation for a character in a script come from? Does a certain situation compel you to think of a voice?

TNS: Tell us a bit about Untitled 1.

AZ: Untitled 1was an accidental play. It is set in a future dystopia. The seeds of surveillance are already there. The writers are told that they are free to write whatever they want, but they have to write on a system that is transparent to the state. Perhaps this play happened because when I started writing it, I had constantly been thinking of how we are increasingly careful and watchful of what we say, how we say it. The concept that specifically occupied my mind was freedom of speech and its relation to surveillance. We are watched all the time. What you write, who is reading your work, what will be the consequence of this act of writing and reading.

"Drama is an unforgiving medium"