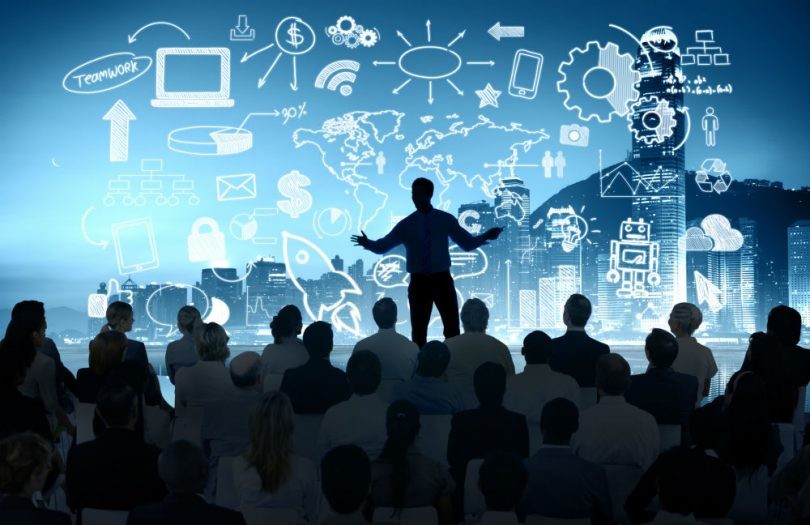 "How many accounts can we shut down to stop a rumour?"

In Pakistan, journalists are getting email warnings from Twitter informing them that "their tweets are in violation of Pakistan’s laws and that the consequences for press freedoms could be dire". A very simple question comes to mind: what laws were compromised and violated?

Say, if a request comes from X government to Twitter that Y law is being violated, will Twitter take it on face value? If yes, do people in Twitter understand how political control of speech works? If not, it means Twitter only sends out a notification once they themselves are satisfied that some violation of law had occurred which is good, but do they then elaborate the nature of violation in these notifications? Obviously not! Which leads us to believe that Twitter is acting only as a ‘post office’ for unjustified government regulations.

The way tech is developing, any ‘regulation’ of content, especially digital content, is a moot exercise. Ask yourself, is the content that the PTA has blocked, really blocked? With tools like TOR and others, circumvention of censorship has become child’s play.

As for this proposed new regulatory body, this looks like a new disaster in the making. We as digital rights activists did what we could to educate the PML-N of potential dangers of Prevention of Electronic Crimes Act (PECA) when they were enacting it. Every single time we raised a concern, we were told by the PML-N leaders to "trust our government", but their views have changed ever since PECA was first used as a tool to arrest their own political workers.

Same goes for the PTI which feels right now that Pakistan Media Regulatory Authority (PMRA) is a phenomenal idea. But history has taught us that these views are bound to change once they leave the corridors of power. My only fear is, it’ll be too late by then.

Incitement to violence -- often confused with hate speech -- should be dealt with on an emergency basis, including but not limited to removal of accounts. We’ve seen how incitement works in Pakistan. No contestations there. But I feel any other ‘quick-fixes’ for hate speech, and more importantly, misinformation are futile.

The only reasonable solution to counter misinformation, in my opinion, is also the most lengthy, resource-heavy and time-consuming, and it is a holistic approach towards media and information literacy, starting from very early stages of education, i.e., primary schools. Anything short of that is a quick fix.

"Regulation by social media companies is an added layer of censorship"

Social media regulation of human rights defenders is on the rise in Pakistan but what’s more surprising is that social media companies are censoring content without any proper explanation. As someone who has worked on the law, I’ve seen how vague the Prevention of Electronic Crimes Act 2016 (PECA) can be, hence prone to misinterpretation, making individuals extremely vulnerable online. Regulation by social media companies seems like an added layer of unnecessary censorship, further curtailing the freedom of expression.

With more cases springing about social media accounts being banned online, it is becoming apparent that these companies are withholding the democratic rights of certain individuals -- especially those actively challenging the ‘popular narrative’ -- and restricting their free speech online.

Under PECA, the accused is afforded all the usual safeguards under criminal law in order to ensure a fair trial. That being said, there are a number of difficulties they can face at different stages, especially during the pre-trial investigation. There have been cases where social media accounts of political dissenters or activists have been blocked without confirmed evidence of their link to an alleged illegal activity. Also, lack of clarity in legal provisions, particularly those regulating ‘hate speech’ or ‘anti-state content,’ puts the defendants at a disadvantage at the outset. Cyber terrorism is another example of a vaguely defined crime where fair trial rights may be curbed on the basis of national security.

The online harassment that women face is not only from state actors but also from the audience, political parties, non-state actors, fellow journalists and personal contacts. However, as women do not traditionally occupy online spaces, the harassment they face is usually of a sexualised and gendered nature. This makes any crackdown all the more dangerous for women as they can start exercising self-censorship to a greater extent, further reducing their voice on digital platforms.

The law also has some overambitious clauses without proper means for the law enforcement agencies to pursue these clauses, since the resources to these institutions are limited. The law directly favours the state which is evident in all the sections. The law also gives unreasonable powers to the law enforcement agencies with no transparency and accountability of them, which is why it does violate our fundamental constitutional rights of free speech.

"The problem is over-legislation  and bad legislation"

When the National Action Plan was rolled out in 2014, one of the 12 points pertained to curbing extremist content and hate speech online. The need to bring laws in conformity with NAP was the narrative peddled by the government, then PML-N, to bulldose the Prevention of Electronic Crimes Act 2016 (PECA). At the time, many of us warned against this law because of its broad and restrictive provisions that criminalised speech and gave excessive and overbroad powers to the Pakistan Telecommunication Authority (PTA) and law-enforcement, i.e, FIA.

It’s been two-and-a-half years since PECA has been around. How much of a deterrent has it been against online abuse towards women or journalists, activists and political workers is clear. Labels are put and campaigns run against them for being anti-state agents, traitors, anti-Islam and even blasphemers. There’s been no action against any of this despite repeated complaints. Where we have seen action is against dissidents. Questions and critique, any departure from the official narrative is considered anti-state and anti-institution propaganda. And that’s what the crackdown has been against.

During advocacy against the law, we pointed out Sections 20 and 37 specifically. About Section 20 (dignity of a natural person) we were told there were safeguards in place because it was a non-cognizable offence -- a warrant would be required and FIA could not take action itself. But that is not how it has been applied. If you look at the FIRs, PECA provisions, including Section 20, have been used along with cognizable sections of the Pakistan Penal Code (PPC), or the Anti Terrorism Act (ATA) sections.

In one case recently, even the Telegraph Act has been used. Earlier, inquiries were conducted by the counter terrorism department and later the cybercrime wing, instructing journalists to present themselves for questioning and bring in their devices -- search and seizure of which requires a warrant -- without formal charges or so much as an intimation of what the inquiry pertained to. Sometimes there were phone calls, others received vague summons. Similarly, Section 37, which copy pastes Article 19 and gives PTA the powers to interpret and apply the restrictions is something parliament should legislate on and the judiciary interpret. Not a telecom regulator.

Now in 2019, we have a new government and yet the narrative is still the same. Must curb hate speech, add to it fake news. We’ve been hearing about the establishment of the Pakistan Media Regulatory Authority since August 2018. The Cabinet Division has given its approval. We are told, there is a need for more regulation. For what?

The problem is not lack of legislation. The problem is over legislation and bad legislation, selective application and misuse of laws to go after those who don’t parrot the official narrative. What we need is a review of the laws that exist, oversight and scrutiny of how they are being implemented and accountability of excesses and misuse.

"In most cases political dissent is interpreted as hate speech"

Freedom of expression is a constitutional right and it is binding on the state of Pakistan to provide legal, social and political framework as it is defined in Article 19 of the Constitution of Pakistan and also in International Covenant on Civil and Political Rights (ICCPR). Pakistan is a state party to this covenant.

However, and unfortunately, Pakistani law exceeds its limits when it domesticates ICCPR’s Article 19. Our constitution also provides for limitations that are inconsistent to international human rights standards. For example, it provides restrictions of not criticising courts, national security, integrity of (only) Islam, etc. These restrictions do not align with those provided in ICCPR’s Articles 19 and 20.

Hate speech is an issue. However, every hate speech cannot be censored, such as criticism on public personalities. Prohibition of speech is only allowed when it becomes dangerous speech, which means only hate speech that results in violence, mass level unrest, would not be permitted.

In the wake of government announcing a crackdown against hate speech, we would say it is a very slippery slope. Because there is no clear definition of hate speech, and in most cases political dissent or criticism of personalities, such as politicians, judges, institutions like military, agencies, courts is interpreted as hate speech by the government.

Currently, what the government is going to do is being feared as it is actually aiming a crackdown on political dissent and creating an environment of fear and self-censorship in Pakistani online spaces so that people who are critical of governments and institutions’ policies can be controlled.

Any such crackdown on political expression will have very strong, long-term, chilling effects on the fundamental freedoms of the citizens. Controlling expression compromises citizens’ right to life, association, assembly, religion and belief.

Such crackdown only benefits state institutions as nobody can rise to ask for their accountability and transparency. This precisely is the reason that authorities wish to regulate social media.

Due to the fluid and chaotic but very powerful nature of social media, the government wishes to set up gatekeepers who will filter and censor at their own will. This is a bad news for political activists, minorities and civil society organisations.

The best practice to regulate social media is by educating citizens on its wise and judicious use, and allowing free flow of constructive ideas, political expression and fundamental freedoms. Any other form of regulation will gag or sift the freedom of expression.