A new trend is catching up in the city with young and old men and women heading to studios to practice popular dance forms, on Bollywood songs in particular 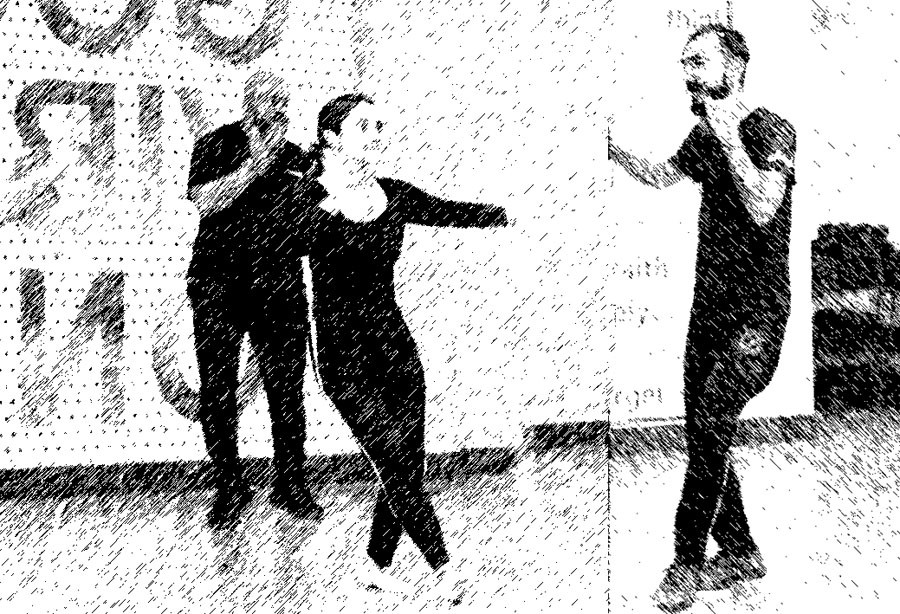 The gyrating movements of Bollywood dance and the upbeat music accompanying it is no longer confined to films or video clips viewed over the net.

It has become a part of a new trend in Lahore where women and men of all age groups have taken up classes to learn how to dance better, to improve their fitness or just to have fun. Others opt for classes in Zumba, essentially as a form of fitness or, as Nadia Iqbal, 18, a student in Lahore put it, "A way to lose weight without sweating it out on grimy gym machines while also letting off steam and lifting up the spirit."

There are studios all over Lahore teaching popular dance forms, but it is Bollywood dance which is the ‘latest trend’, according to Faizaan Ahab, who runs the Faizaan Ahab Choreography and Design Studio and is one of the best-known dance teachers in the country. His own dance training has taken him to India and Shiamak Davar, a well-known contemporary dance icon. Ahab has also taken lessons in western dance and Indian classical dance with the best exponents of the art. He has through his own classes brought dance alive, with girls as young as 15 and adults of all ages frequenting his classes in Lahore and also Islamabad.

"In Islamabad, lots of expats came to my classes and were really keen on learning Bollywood dancing. Others, like myself, would prefer never to go the gym but to get their exercise through dance. Dance classes are also more popular today because of the ‘dance wars’ and choreographed dances which now form a part of weddings and so people like to pick up some skills before the event," said Ahab.

Suraiya Din, a dance teacher at a school in Lahore, says that in her 5 years in Pakistan, she has seen the number of dance studios increase exponentially.

After an era where dance was discouraged, it has come back. The days under General Zia ul Haq and even beyond that period when public dance performances of all kinds were officially banned in the country and the art form vanished from public view are finally fading away, and dance is no longer a taboo. However, the stigma still continues, with the Punjab School Education Department banning dance performances in schools last year, terming it an "immoral act".

Din explained that being a dance teacher in Pakistan has been a very different experience to teaching in England, from where she originates. "In the West, children are exposed to dance much more, and so I had to take a different approach, first teaching students to get more comfortable with using their bodies." She is pleased that more are obtaining the opportunity to dance in Lahore. "Dance has so many benefits; it is an outlet for self expression, increases self esteem and promotes creative thinking, all whilst improving your physical coordination and ability."

Suraiya Din explained that being a dance teacher in Pakistan has been a very different experience to teaching in England, from where she originates. "In the West, children are exposed to dance much more, and so I had to take a different approach, first teaching students to get more comfortable with using their bodies."

Din explained that while hip-hop and modern dance styles are popular with the elite youth in Lahore, it was unfortunate that the younger generation had moved away from classical dance, "which is so deeply embedded in Pakistani and Islamic culture".

Of course, there are still classical dance classes in Lahore. But lots of young people, and adults as well, opt for the Bollywood form, glamourised through the Hindi movies which have taken hold of fantasy across not only the subcontinent but also the world. The arrival of choreographed dance pieces in local Lollywood films has encouraged them further. "I would really love to learn to dance like the stars I see in shows like India’s Got Talent," said Ijaz Akhtar, 21, who works at an automobile workshop. He, however, explained that in his social class and all the more so because he was male, dance was still looked upon as something not permissible and engaged in only by those who were immoral or gay.

The studios scattered across Lahore vary in size. Some offer lessons at home, for those wishing to learn in privacy. But at the largest studios, women and girls in a variety of attire, both western and eastern, flood into the dance classes with obvious enthusiasm. There is constant laughing and chatting at a Zumba class in a Gulberg gym in Lahore as women at the ladies-only class begin their practice, picking up the rhythm of the Latin American-style music, representing the origins of Zumba, which comes originally from a Colombian choreographer and is intended as a dance plus fitness routine.

"I see this as my chance to relax and be very own self during the day," said Mona Siraj, a housewife and mother of two who believes the class leaves her feeling happier, closer to music, which she loves, and more full of energy than ever before.

Younger people in Lahore are also learning hip-hop dance, in groups or solely from the YouTube tutorials available online. Some take to public parks or open spaces to demonstrate their skills. Most are young boys, and one, Faisal, said his impressive breakdancing was purely self-taught. However, he said his parents discouraged this activity, seeing it as a waste of time.

But people like Faizaan Ahab, who promote Bollywood dance -- or the fusion of Bollywood and hip-hop, known as ‘Bollyhop’ which is now popular -- have helped break these taboos. They are doing this despite the negative messages that people like Ahab have received, suggesting that anyone who teaches dance deserves death. The idea that dance violates Islamic teachings runs deep through our society, mainly as a consequence of the past, when female dancing was banned. By bringing dance back to the public arena, these choreographers and dance teachers are adding joy to people’s lives by offering them an opportunity to express themselves in ways most had previously never explored.