Academia to industry and back 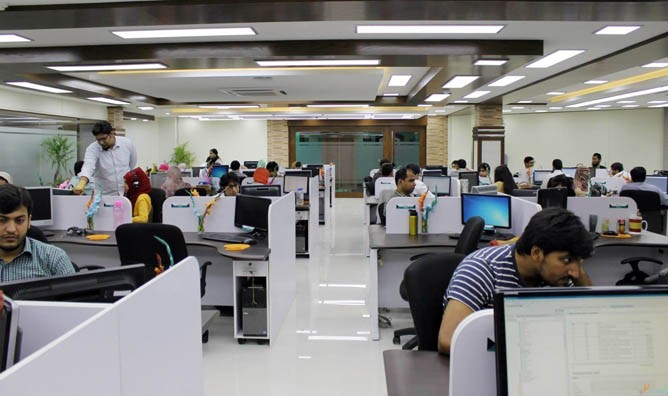 Some 445,000 students all across Pakistan will collect their degrees this year. However, once the celebrations are over, what kind of working landscape awaits these young graduates?

While there are many micro and macroeconomic factors that affect graduate unemployment, one of the primary reasons could be a lack of effective linkages between educational institutions and organisations necessary to nurture better job prospects for graduating students.

"The linkage between the industry and educational institutions is essentially broken. And it has been broken for a very long time," says Moonis Rahman, CEO and founder of Rozee, top online job portal in Pakistan. He explains that the gap exists mainly due to a lack of communication between the two. "There is not a lot of constructive feedback from the industry to academia about the number and the quality of graduates they need."

The academia is not to be blamed, according to Rahman, as their mandate is mainly to teach students according to a curriculum approved by the Higher Education Commission (HEC), something they have little authority over. "Due to the inherent limitations of the academia, they don’t have a lot of appetite to acquire that essential feedback from the industry as well."

Resultantly, institutions and organisations are caught up in a vicious cycle of miscommunication, which is having an impact on graduates’ job prospects.

"Universities do not conduct a proper research on job market for the degrees they are offering," says Saquib (name changed on request), a human resource official at one of the top IT companies in Pakistan. The result is that there are insufficient jobs in the industry for the massive number of graduates churned out by these universities. "To make matters worse for these graduates, most smaller educational institutions aren’t doing enough in terms of improving the skills of their students, which further decreases their chances of getting absorbed in the job market."

Najam ul Saher, HRBP at Nestlè Pakistan corroborates, "We have the MTO (management trainee officers) programme in all leading organisations. It is only after the successful culmination of this programme that these MTOs are put into the roles and functions they aspire for." She further says that this programme over the years has matured all across organisations, with businesses and institutes collaborating and maturing.

However, according to her, this mainly is an initiative of the companies. "If you were to ask for a specific government policy about this, there isn’t one available at this point."

Rabia Suhail, manager placements, Lahore School of Economics (LSE), says it is the responsibility of the industry or the government to conduct proper analysis in order to figure out market requirements. "How many students graduate every year, how many of them are picked up by organisations and what is the actual market requirement, all of it should be properly looked into to better sync it all."

More exposure to the students can also be given by making internships necessary in institutions, says Suhail.

"Ideally the curriculum must be updated according to the industry’s requirements of better skills-set, and that governments could consider spending more effort on developing targeted educational programmes and promoting training programmes that come with a promise of employment at the end, by working hand in hand with companies."

The HEC Ordinance 2002 declares it the responsibility of the HEC to "support the development of linkages between institutions and industry as well as national and international organisations that fund research and development with a view to enhancing research."

Dr Nizamuddin, former chairman, Punjab Higher Education Commission, points out that during his tenure, they collaborated with partners, such as Technical Education and Vocational Training Authority (TEVTA) to establish new universities to address demands of the job market. He says the two-year associate degree programmes introduced by the commission might be scaled up and introduced in universities across Punjab to better train students for the job market.

A recent report in The Guardian noted that technical/skills-based education "tends to result in a faster transition into the workplace, and countries that have it at the core of the curriculum, have been successful in maintaining low youth unemployment rates."

Also read: A university is…

Saquib agrees, "there is a global shift towards skills-based hiring now". In Pakistan, however, our hiring procedures are still very much degree-based. "Internationally, however, many companies, including Google, have stopped caring about whether you have a university degree or not. They’re more interested in whether you have the necessary skills-set for that particular job or not".

Rahman also says that in future degrees and hirings will be more focused on skills. "Skills of the future will not be acquired in a matter of four years inside campuses, they will be acquired mostly online in the shape of short certifications."

Academia to industry and back