Gurdaspur and Ferozepur in 1947 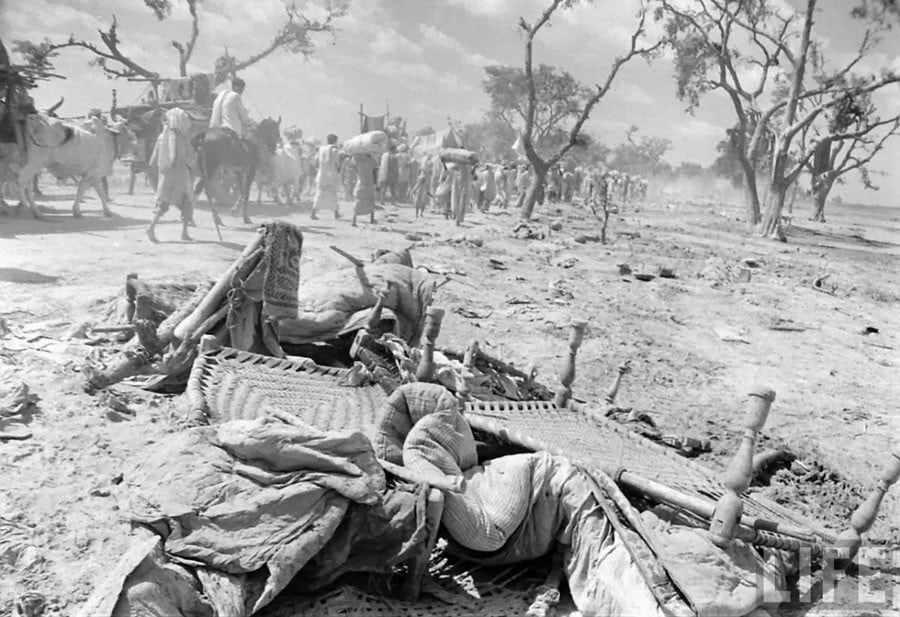 My relatives tell me that their families would huddle around the radio each evening in the summer of 1947 to hear the fate of the towns in the Punjab. It must have been a turbulent time not knowing as to which side of the border you would end up with. I don’t know about the British but the Hindu population of India was opposed to partition. It reluctantly agreed to establishment of Pakistan but raised hurdles at every juncture to create problems for the new country.

It was agreed that Muslim majority provinces would constitute Pakistan. One of the blunders we made was to agree to bifurcation of the Punjab and Bengal despite the fact that Muslims were in sizeable and comfortable majority there; Pakistan should have insisted upon the whole provinces being given to it. What to talk of provinces, we were handed over bifurcated districts.

This whole idea to bifurcate the Punjab and Bengal was initiated by Sardar Panikkar in October 1945 who was the prime minister of the state of Bikaner which was a state located within Rajasthan. This idea was subsequently adopted by V.P. Menon and Sir Benegal Rau who worked with the Indian Viceroy’s office and had links with the Congress party. It is nothing less than a joke that these two giant provinces were eventually partitioned almost on the same pattern as suggested by these three gentlemen.

The Indian Viceroy Lord Wavell shared this bifurcation plan with London in February 1946 and then continued pressing the same scheme throughout 1946. London was not pleased with this whole idea of partition of India and then bifurcation of the provinces; and thus PM Atlee’s government dismissed Wavell and replaced him by Mountbatten who assumed charge on March 24.

India until then was relatively free of Hindu-Muslim riots. However, in early 1947, Amritsar, Lahore, Multan and Rawalpindi experienced major riots which were controlled within a week with the use of the military but had resulted in the death of about 3,500 people; a year earlier, Calcutta went through extensive rioting. On March 8, 1947, the Congress Working Committee passed a resolution drafted by Nehru which called for the division of the Punjab province due to the rising tension. The die had been cast.

The Congress and the Viceroy’s office were now on the same plane as far as thinking on the partition of Punjab was concerned. The Attlee government was under a financial crunch and under American pressure to decolonize India. Mountbatten thus advanced the date of independence to August instead of June 1948.

The plan to independence and creation of Pakistan was announced on June 3, 1947 by Mountbatten. Now the question of creating a boundary commission to bifurcate Punjab and Bengal came up. The Viceroy presented two options including one consisting of experts appointed through the United Nations to work in the commission.

Against all norms of justice and fairplay, Pakistan accepted the giving of the three Gurdaspur tehsils to India without much protest. This was tragic and shocking and extremely unfair to the people of these tehsils who were massacred on a grand scale then by the Sikhs to expel the Muslims from the area.

On June 23, Quaid-e-Azam Muhammad Ali Jinnah told Mountbatten to instead appoint some distinguished member of the English Bar as chairman of the commission. Four days later, 48-year-old Sir Cyril Radcliffe, a barrister in London, with no previous experience of the problems in British India and who had never set foot in India, was agreed by all sides as the final arbitrator.

The British were acting really fast and Radcliffe arrived in New Delhi on July 8 and spent almost all his time at the Viceroy’s House there. He left India on August 16 after destroying all the papers of the boundary commission in his possession as he was told that his life would be in danger if he stayed and he never returned. He died in 1977 and never explained to anybody the details surrounding the bizarre partition of Punjab that he proposed.

Regardless of what we are told in Pakistan, the main concern on the mind of the Punjab boundary commission at all times was the presence of Sikhs. Every attempt was made not to hurt their interests. There was the Gurdaspur district which was contiguous to Sialkot and thus Pakistan and it had Muslim majority. There was absolutely no reason why this district should not have been given to Pakistan. It had four tehsils: 55 percent were Muslims in the Batala tehsil according to the 1941 census; 52 percent in Gurdaspur; 51 percent in Shakargarh and 40 percent in Pathankot.

Power was handed over to the locals by the British on August 15. However, the boundary commission award about the bifurcation was given to the sides the next day which was made public on August 17. It was ironic that the nations were celebrating their independence without knowing their exact territories.

Except for the Shakargarh tehsil, the other three were given to India. Imagine the frustration of the Muslim population living in the latter three tehsils even after independence which was told that their areas would be part of India, despite the Muslims being in majority. Against all norms of justice and fairplay, Pakistan accepted the giving of the three Gurdaspur tehsils to India without much protest. This was tragic and shocking and extremely unfair to the people of these tehsils who were massacred on a grand scale then by the Sikhs to expel the Muslims from the area.

Why were these three tehsils given to India when two of them had Muslim majority? Pakistanis say that it was done to give India access to Srinagar through them. This is only partly true and perhaps not on anybody’s mind at the time as Pathankot tehsil was enough to give access to Srinagar and one did not need the other two tehsils to be given to India. The actual reason was the location of the Madhopur headworks of the Upper Bari Doab Canal which controlled the irrigation system of a vast tract within the Indian Punjab, a sizeable Sikh population in the area, and the Sikhs’ opposition of these tehsils being given to Pakistan as it would partition their community and Pakistan would get close to Golden Temple in Amritsar which was already surrounding it from the Lahore side.

Radcliffe in order to act fair awarded two Muslim tehsils (Ferozepur: 55 percent Muslims; Zira: 65 percent Muslims) from the Ferozepur district on the other side of Lahore where Muslims constituted 45 percent of the population which also had the Ferozepur Weir headworks on the Sutlej river. This was apparently an attempt by Radcliffe to balance the giving of one major headworks to the Indians in Gurdaspur by giving another to the Pakistanis in Ferozepur. The award of these two tehsils was conveyed to all by the boundary commission but as with so many other mysteries surrounding the partition of Punjab, even the two tehsils after independence were given to India.

Gurdaspur and Ferozepur in 1947