Tax targets can be achieved if collection is fully automated, tax machinery is overhauled, leakages are plugged and all exemptions to the privileged classes are withdrawn 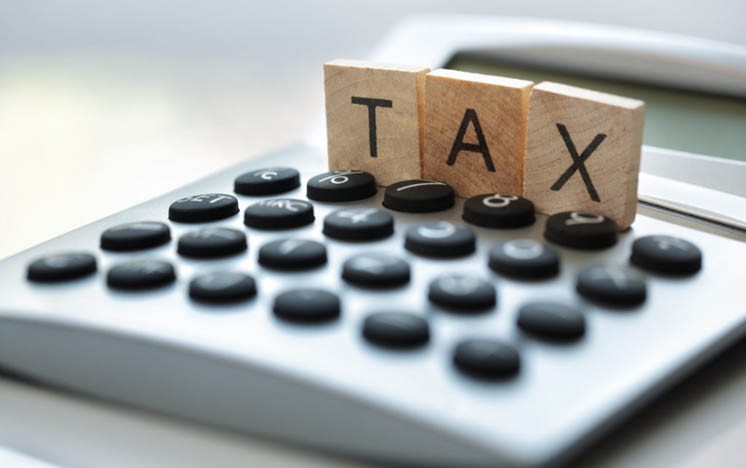 A Collection of tax where it is not due is as detestable as its non-payment when it is due -- Nasim Sikander J, CIT Companies, Lahore v State Cement of Corporation (Pvt) Ltd, Lahore 2002 PTD 1603

In a civilized society, the government demonstrates recognition and gratitude to citizens who pay their taxes as well as to those who act as withholding tax agents on the state’s behalf and collect taxes for the well-being of their fellow countrymen. The state not only acknowledges their services but also authorises them to hold back a certain percentage of collection as their charges to compensate expenses incurred by them in the performance of their official functions. In Pakistan the converse is the case. Law says no one is entitled to compensation for collecting tax on behalf of the state. Not only are the withholding agents the most insulted and the humiliated but citizens are deprived of money by way of withholding provisions and on asking for refund, are penalised.

Millions, who are not liable to tax under the provision of law, suffer heavy withholding of taxes. They are required to file tax return online to claim refund. This is in violation of Article 4(c) of the Constitution which says that a person cannot be compelled to do which the law does not require him to do. If he/she has below taxable income, why are they subjected to advance tax collection for which they have to spend money, in case more than what they are to claim as refund! The same is the case with withholding agents. They are treated as "slaves", subjected to forced labour with no financial compensation. This is gross violation of Article 11 of the Constitution.

No service fee is allowed to withholding agents for man-hours and other expenses they incur to collect taxes on behalf of the government [section 168(6) of the Income Tax Ordinance, 2001]. Adding insult to injury, they are subjected to penal actions even when tax is paid by the person on whose behalf it was collectable. This shows the disgusting and ugly face of our tax system and machinery that collects hardly 10 percent of total revenues with its own efforts and for the rest not only uses the citizens of Pakistan as withholding agents but also humiliates them. One does not need any other indicator to gauge the level of high-handedness, arbitrariness, sadist mindset and cruel attitude that prevails in all revenue authorities -- both federal and provincial. The brown sahibs sitting in the tax agencies get kudos from gora sahibs of the International Monetary Fund and World Bank for these atrocities. The tax authorities through these oppressive measures are destroying the socio-economic fabric of society, depriving the people of their self-esteem and legal rights guaranteed under the Constitution of Pakistan.

There are more than 65 provisions in the Income Tax Ordinance, 2001 that are related to deduction or payment of income tax in advance. This implies that even before one can determine one’s income and amount of income tax payable for a tax year, he/she may have already paid a substantial amount of tax in advance. Some of these advance payments/deductions can be adjusted against final tax liability while some, like on dividend and profit on debt, would comprise final tax liability, especially for individuals and associations of persons. This is all very well even though there are many filers who would not be aware of the fact that many of their advance payments of tax fall either in the final tax regime or separate block of income category, wherein these are not adjustable against their admitted tax liability computed on the basis of total income.

In yet other instances, this payment or deduction of tax could become minimum tax liability in which case if the actual tax liability is less than this it becomes the final tax. It may be noted that these provisions are meant for filers of returns but what is the case of those who do not file their returns or those who are commonly known as non-filers.

Through Finance Act 2014, the government introduced a "unique" (sic) concept with respect to varied rates for deduction (withholding) of tax in the case of filers and non-filers of return of income adding to the burden of withholding tax agents who have to verify whether a person whose advance tax is to be deducted or collected is mentioned in the active taxpayers’ list or not as they need to determine the rate at which tax is to be withheld, which is higher in the case of non-filers.

The prevailing myth that our tax base is narrow and only 1 percent of the population pays income tax is totally fallacious. The fact is that income taxpayers are not less than 95 millions, but return filers are pathetically low -- only 1,492,507 filed income returns for tax year 2018 whereas this number was 1,756,982 for tax year 2017. In 2006-07, FBR received 2.1 million returns [Figure, 36, Page 676, The Role of Taxation in Pakistan’s Revival, Martinez-Vazquez and Musharraf Rasool]. FBR needs soul-searching to find out what has gone wrong and where have these taxpayers vanished -- certainly due to harassment and highhandedness. Obviously, this is the worst that can happen to any tax machinery.

According to 2017 official census, our population [provisionally] was 207.7 million (by January 31, 2019, it is estimated at 212.7 million). The dependent population of children under the age of 15 years as on June 30, 2018 was 35.4 percent and 4.2 percent people were above 65 years. Out of total population, 40 million were below poverty line earning less than two dollars a day. Our labour force was around 70 million -- majority of which is in rural areas [42.3 percent] that earned below taxable income or agricultural income falling outside the ambit of Income Tax Ordinance, 2001.

Our real dilemma is that the rich and mighty are not paying taxes according to their ability. From tax year 2013 to 2017, less than 40,000 paid tax between Rs 1,000,000 and Rs 10 million, and less than 5,000 declared tax of over Rs 10 million. At present millions having below taxable incomes are paying income tax at source, yet FBR is engaged in a vicious propaganda that people of Pakistan are tax cheats! This is highly lamentable especially when small traders using commercial electricity connections are paying advance income tax under section 235 of the Income Tax Ordinance, 2001. It is an undeniable fact that FBR has miserably failed to get due tax from the rich -- its main emphasis is on withholding taxes. As per FBR’s Year Book 2017-18 direct tax collection during 2017-18 was Rs 1536.6 billion -- (Withholding taxes: 68.5 percent), (advance tax: 21.9 percent), (paid with returns 2.7 percent) and (FBR’s own efforts through demand and collection (6.9 percent).

FBR has failed to tax those who have amassed mammoth wealth, some of them availed generous amnesties. Had they been taxed at normal tax rates, collection could have reached Rs 8 trillion. This target is still achievable provided collection is fully automated, tax machinery is overhauled, leakages are plugged and all exemptions/concessions to the privileged classes are withdrawn. Banks, WAPDA, PTCL and mobile companies that collect advance taxes on behalf of FBR are fully computerised. By using their database, FBR can easily determine fair tax base. Provisional assessments can be made in respect of all persons who have taxable income but are not filing tax returns. This will end the undesirable regime of ‘non-filers’.