Is joint management of Kabul River by Pakistan and Afghanistan possible as the orphan river finds few takers? 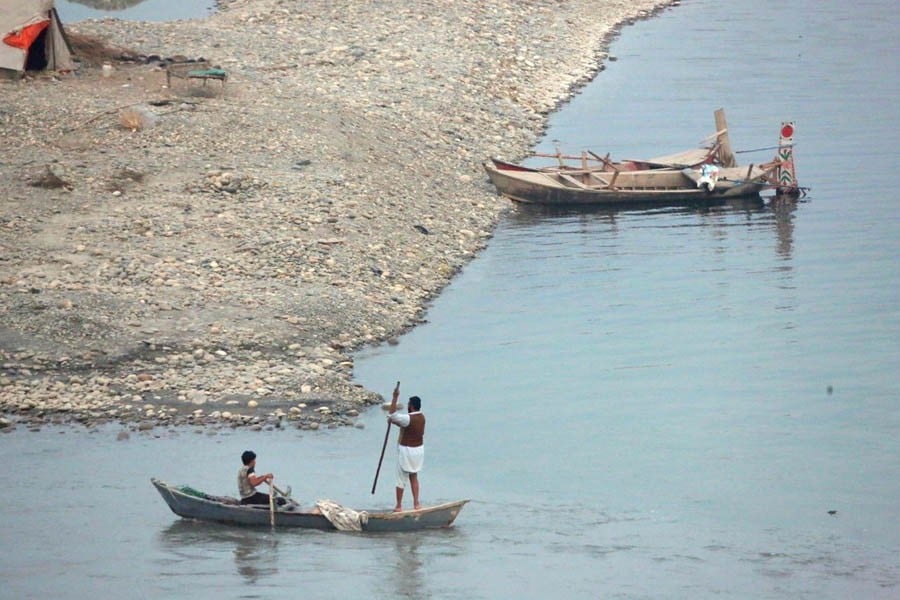 With flotsam, tonnes of plastic in the form of bags, bobbing forks, knives, even spoons, bowls and plates, the once happy Kabul River (KR), meandering across the city, is nothing more than a sewer. Where it meets the Indus at Attock, it is a ravaged and emotionless grey.

"The difference is all too stark," says Azeem Shah, regional researcher at International Water Management Institute (IWMI). He may have stood at the very same spot on the Attock bridge over a dozen times; yet the sight of the two rivers flowing side by side never fails to fascinate him. "KR is greyish, while the Indus is a beautiful shade of blue," he said.

Unclean and impure, the KR water serves over seven million people on both sides of the Durand Line, with the demand for it only expected to soar in the years to come.

With rising populations, ambitious development initiatives, increased energy needs, but more importantly, to avert water conflicts, experts on both sides of the border are calling for legally binding transboundary basin management plan. "A kind of a pact or way forward, not to divide the resource, but developed jointly to reap the benefits of the river basin," explained Shah, who has been researching the river and the basin now for almost three years.

With tremendous hydropower potential in the upper reaches of KRB and agricultural potential further down, Asadullah Meelad, a lawyer at Afghanistan’s ministry of public works, agreed that options for "joint management of the water resources" can well be explored.

There are 270 lake and river-basins that are shared by 145 nations serving 40 percent of the world’s population where not just the water but any resource related to water is shared between two or more nations.

According to a 2017 research paper by former federal secretary for water and power, Ashfaque Mahmood, the Kabul River Basin (KRB) is home to about 35% of the population of Afghanistan. The potential demand of water in the KRB is projected to increase to 3.14 million acre feet (MAF) by 2030, from an existing demand of approximately 1-1.5 MAF. The net impact on Pakistan, even if all the projected demand in Afghanistan is met, will be a reduction of 1.7--1.8 MAF/year. This, coupled with the projected decrease in precipitation due to climate change, will reduce water flow to Pakistan.

Several studies have identified 13 potential sites on KR, on Afghanistan side, where dams can be constructed in order to meet water and energy needs in Afghanistan.

"Pakistan’s suggestion for a water sharing agreement was made as late as 2003, soon after reports in the media that India would assist Afghanistan in building 12 dams in the KRB," said Shafqat Kakakhel, former deputy executive director of the United Nations Environment Programme.

Meelad, however, found little "factual" basis about Pakistan’s concern because Afghanistan had yet to build any large projects on the KR.

"In all of its transboundary river basins, including KRB, the utilisation of water resources is significantly limited and does not cause any harm to the riparians downstream," he told The News on Sunday over an email exchange.

The proposed Shahtoot dam project, for example, was using Maidan river’s water, a small, seasonal tributary of KR with a limited runoff storage capacity. The dam would cater to the needs of the residents of Kabul experiencing serious water shortages due to significant depletion of ground water. Kabul was planned to cater to 1 million people; today it is splitting at its seams with a population of 5 million.

There will be no "adverse consequences for Pakistan" agreed Kakakhel. He first got interested in riparians of transboundary rivers issues while at UNEP, specially the KR, referred to as the "orphan river".

The KR and its tributaries are a lifeline for the residents of Peshawar Valley meeting both their drinking water and sanitation needs. In addition, it not only supports the valley’s irrigation but that of the adjoining areas of Tank, Dera Ismail Khan, Bannu and North Waziristan as well as supplying to the 250 mega watt hydropower dam at Warsak.

But with relations between the two countries oscillating between tense to retaliatory, can Afghanistan turn the tap off?

Dismissing the notion of a water war between the two countries at this time, Meelad, however, pointed to Pakistan’s "dismantling" of water projects underway in Afghanistan. "Destabilisation of certain areas in the KRB through proxy groups is ongoing," said the piqued lawyer, who has been advising on transboundary water issues to Afghanistan’s ministry of energy and water since 2012.

"It would be best to be imaginative and cooperative to avoid any such situation," advised Mahmood.

But even if Afghanistan does pose such a threat, said Kakakhel, it would be possible from an "engineering point of view" for Pakistan to retaliate by "diverting" the Chitral River away from its natural ingress into Afghanistan.

However, the diversion would be "enormously expensive" and while hurting Afghanistan, would bring no substantial gains for Pakistan, said Kakakhel.

"Pakistan’s rights over the KR are based on impeccable premises because 70% of the flows of the KR, when it enters Pakistan, actually come from the Pakistan-based Chitral river which becomes Kunar river upon entering Afghanistan and later assumes the name of KR. This unique feature makes both Afghanistan and Pakistan, simultaneously, upper and lower riparians in respect of the KR," said Kakakhel.

But is Pakistan’s anxiety completely unfounded?

"India’s cozying up with Afghanistan (which has been prompted by its animus toward Pakistan more than any love for the Afghans) is a factor in waking Pakistan up to the need for an agreed regime concerning the KR," said Kakakhel candidly.

That is not all. When the two countries clear up the bad air between them there will be unimaginable benefits to both. From jointly building and operating power projects, to providing employment to Pakistani engineers to providing technical training to youngsters from Afghanistan, Kakakhel gave a slew of examples. "This is called benefits beyond the river!" he said.

But Meelad finds little likelihood of a negotiation leading to a water accord between the two neighbours under the existing circumstances.

Even if other issues were set aside, what about the geography of the KRB? he asked citing the example of the Durand Line issue. It remained unsettled between the two states nor was it going to be resolved anytime soon in the near future.

But experts in Pakistan insist Afghanistan will benefit equally from the pact.

Without the co-riparian (Pakistan) on board, international financial institutions or friendly countries may not want to fund water resource development projects, pointed out Kakakhel. "If contracts for hydropower projects are awarded to Pakistan, the cost would be lower than if the projects are awarded to US or European contractors. Further, Pakistan can provide training to Afghan officials in the field of agricultural research and development," he said.

Meelad did not agree. Citing the Helmand river treaty of 1973 between Afghanistan and Iran, Meelad pointed out Iran had been engaged in dismantling the Afghan water projects in the basin to secure the current flow to its Sistan province. "To maintain the hydropolitical status quo, Pakistan will continue the destabilisation of the KRB and prevent water developments."

And therefore he was not convinced that confidence-building measures towards improving bilateral relations could start with water-related issues. "It should start with security and move on to bilateral trade, migration and then water," he said.

Kakakhel, on the other hand, is sure that KR can prove to be a "catalyst of the confidence building process, demolishing the wall of distrust" between the two countries.

So is Mahmood drawing up a list of suggestions for a multi-pronged but bilateral approach for confidence building: "People to people contact, sharing of knowledge amongst experts and water users, making KR commission for regular dialogue, telemetry, joint projects on efficient use of water, educating media, policy makers and opinion makers and avoiding emotive statements," he said.

As for Shah, he sees it as an opportunity for both countries to showcase to the world that a joint management of the basin in the context of developing countries is a possibility.