ComicCon Lahore, which started life as a university event by a group of students, has expanded to include professional organisers 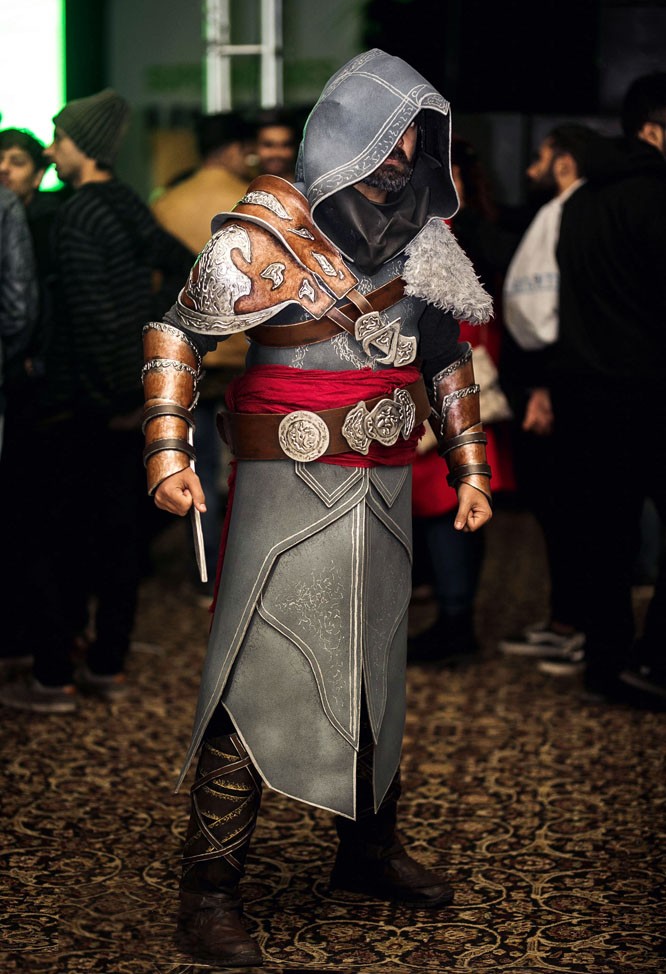 A ComicCon is a convention for fans of comic books, TV shows, movies, anime, gaming, and everything else that falls in pop culture. The concept is relatively new to Pakistan. Interestingly, the largest one that the country has ever hosted took place recently at Royal Palm Golf and Country Club, Lahore.

ComicCon Lahore was initially started in the city as a university event, in 2015, by a group of students who were inspired by the Sandiego ComicCon, the biggest held in the world. Realising that a fan base for pop culture conventions existed in the city, they decided to start their own private event, and have been expanding it every year since. At the moment, ComicCon Lahore boasts the largest audience in the country -- there were around 5,000 people in attendance at the recent event, organised by Nexus Events & PR -- and over 200 cosplayers.

Cosplay, a portmanteau for ‘costume play,’ is about constructing a costume of your favourite anime, video game, or movie character, and dress up as them. These costumes are often quite elaborate and detailed, and are prepared by the participants themselves.

Over the years, the trend of cosplaying at comic cons has grown, which is why you see some interesting and innovative costumes during a cosplay walk. "The quality of cosplays has definitely gone up over the years, as the community grows," said one of the organisers for the ComicCon Lahore 2019. "Also, the people who were initially hesitant about it [cosplay] were inspired by the existing players when they saw there was a platform where this activity had found acceptance and encouragement.

"Over time, we’ve seen the community grow, and we’ve brought together a lot of people who previously didn’t know each other at all, through their love for anime, movies and video gaming."

Besides, Shehr e Tabassum, touted to be Pakistan’s first cyberpunk short film that talks about a dystopian future, had a very popular panel. (For the uninitiated, cyberpunk is a sci-fi subgenre, with a futuristic setting and features advanced technological and scientific achievements, such as artificial intelligence and cybernetics.) The film is a project of Shehri Pakistan, a not-for-profit organisation.

ComicCon Lahore currently caters to an audience with the average age ranging between 5 to 25 years. Other than the said panels, the event saw cosplay walk, an anime music video competition, lip sync battles, and a video gaming competition. The highlight, however, was a seven-foot Thanos, inspired from the ‘supervillain’ in Marvel comics, walking around the venue. It had been commissioned by team ComicCon Lahore to a professional cosmaker.

There were a lot of stalls of small businesses selling their thematic merchandise and vintage comic books.

The comic con community in Pakistan is still not very big or well known. A lot of people don’t even know such activities are taking place in the city. However, the ComicCon Lahore 2019 had more people participating in the cosplay walk than before, which means the trend is catching on.

As the organiser said, ComicCon Lahore is all set to expand, by introducing the event in other cities. "Perhaps, one day, in collaboration with other companies, we might be able to take the event to an international platform," he added.

"Since there are already limited options for entertainment that do not revolve around food, it’s refreshing to have an event like this in which all age groups can participate besides showing their creativity and blending with people who have similar interests."