The Manto Drama Festival, which took place amidst fears of last-minute cancellation, concluded with the play, Yeh Tha Manto, that effectively projected the struggles faced by the legendary Urdu writer during his time spent in Pakistan 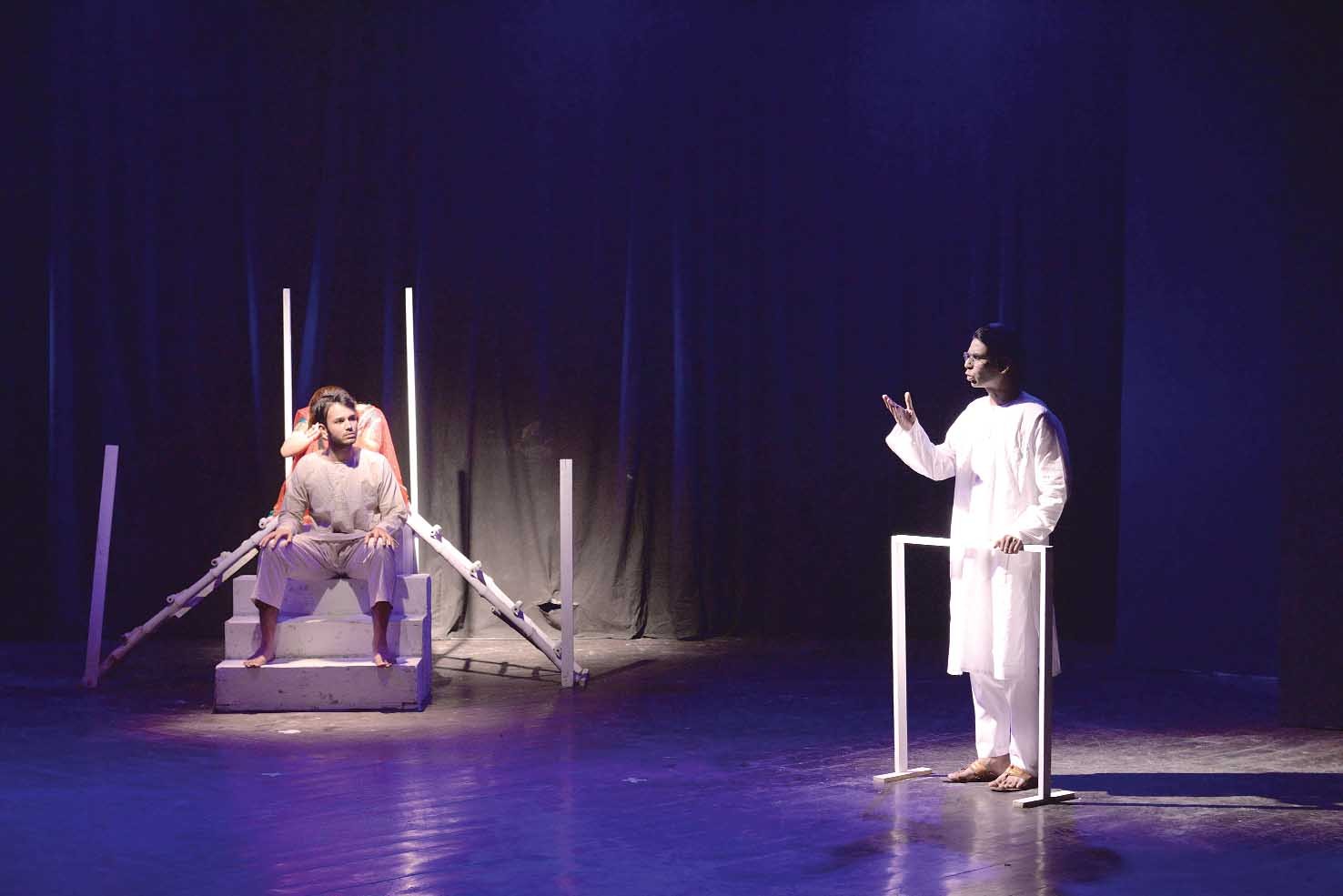 Last week, Manto Drama Festival was held at Alhamra, The Mall, amidst rumours that it might not take place (due to the controversial nature of Manto’s works). Organised by the Lahore Arts Council, the event was initially supposed to be held from January 14 to 17. It was after the protests staged by the civil society in support of Manto that the festival was eventually allowed to happen.

The festival, which now stretched over two days only, concluded with a play, titled Yeh Tha Manto, that effectively projected the struggles faced by the late legendary Urdu writer during his time spent in Pakistan. A Maas Foundation production, the play was written by Arshad Chahal and directed by Aamir Nawaz.

Born in Ludhiana, India, in 1912, Saadat Hassan Manto migrated to Pakistan in 1947, with a heavy heart, in the event of the violence and bloodshed that Partition heralded. He wrote 22 anthologies of short stories, five series of radio dramas, three collections of essays, two personal sketches, and a novel. Yeh Tha Manto saw two of Manto’s boldest short stories -- ‘Khol do’ and ‘Hatak’ -- adapted into a single play.

In literary circles, Manto is highly esteemed, not just for his carefully constructed prose, but also for his courage to uncover the ugly truths of society in their most raw form. Manto’s characters were not beautiful or strong or influential in the conventional sense; he chose to write of those who were hushed into corners and brushed under the carpet. His subjects were those the society would traditionally choose to conveniently ‘crop out’ of the picture. No wonder his writings often made a larger audience uncomfortable for holding a mirror to the society’s filthiest realities even. In return, the writer was condemned to face public trials as well as charges of obscenity et al.

Yeh Tha Manto successfully incorporates all these elements of Manto’s life. It begins with a very direct question: Who was Manto? And attempts to answer this through the course of the play.

Fortunately or unfortunately, Manto was defined less by his own personal struggles and more by the characters he created. Yeh Tha Manto seemed to recognise this very fact, and brought to life women such as Sogandi and Sakina whose tragic tales Manto had attempted to relate. Credit is due to Maas Foundation, for putting together a play that didn’t even try to sensationalise Manto or his women characters. Sakina, for instance, a character from ‘Khol do,’ is shown to be pulled down by the men in her life. She is at the risk of being harmed, not just by her sworn enemies but also by those who are meant to protect her. Raped by her own countrymen after she got lost in the violent fallout of the migration of 1947, Sakina lays on the stage, ready to be stripped of her kali (black) shalwar, and ready to be exploited, all over again. It evokes pathos all right.

During his lifetime Manto was tried for obscenity six times -- thrice after the post-Independence Pakistan. Though, he was never convicted, his life was overcast by the constant, depressing critique from the society at large. In the words of Safia, his wife, Manto held a mirror to the society; those around him didn’t enjoy being shown all that they were adamant didn’t exist.

The play opens with two men discussing the works of Manto, and the charges of obscenity against him. They pray for his death, in order to ‘save’ the society from the vulgarity he is spreading. As they pray, their eyes dart around the hall searching for a woman in kali shalwar who, it is revealed, caught their attention earlier. The contrast in their actions and their words is all too evident.

Manto, tired of being the ultimate vessel of the unwanted truth, joins them in their prayer for his own death. His honesty and sincerity are repeatedly judged vis-à-vis the veracity of the characters in the play who are shown criticising him for being dirty-minded. The audience can clearly tell who should actually be charged for ‘obscenity’.

Manto was defined less by his personal struggles and more by the characters he created. Yeh Tha Manto seemed to recognise this very fact.

Manto’s life revolved mainly around his wife and their daughters Nighat, Nuzhat, and Nusrat. Throughout the play, Manto is shown concerned about their well-being.

The character of Safia sits where Manto sat earlier, on the extreme left of the downstage, reading out a work of his in order to remember and celebrate him. She narrates to the audience the story of Sogandi, the good-hearted prostitute from Manto’s short story, ‘Hatak,’ who also appears on stage craving true love. Her lover calls her "So-gandi" (dirty); the bad odour and the untidy appearance of her small room are constantly referenced.

In one scene, Sogandi breaks down in a fit of anger and agitation. Safia, the narrator for this segment of the play, uses her (Sogandi’s) story to highlight the utter honesty of Manto’s writings.

The Alhamra hall was jampacked with an attentive audience that was left in awe of the depth of each character they just viewed on stage.

Yeh Tha Manto bedazzles with its motifs of ‘izzat’ (honour) and ‘ghayrat’ (shame). The society here is called out for treating women as objects, and for its treatment of Manto.

The play ends full circle. The initial narrator shows up again with the same question: "Manto kaun hai?" (Who is Manto?) This time the answers he receives adequately represent the writer: "Manto mwashray sey nahi, mwashra Manto sey hai!" (Manto did not make up the society he showed, the society made up what Manto showed).