The state of labour in Pakistan

Though the new Labour Force Survey is quite relevant in understanding the state of labour rights, it still lacks data on some crucial counts 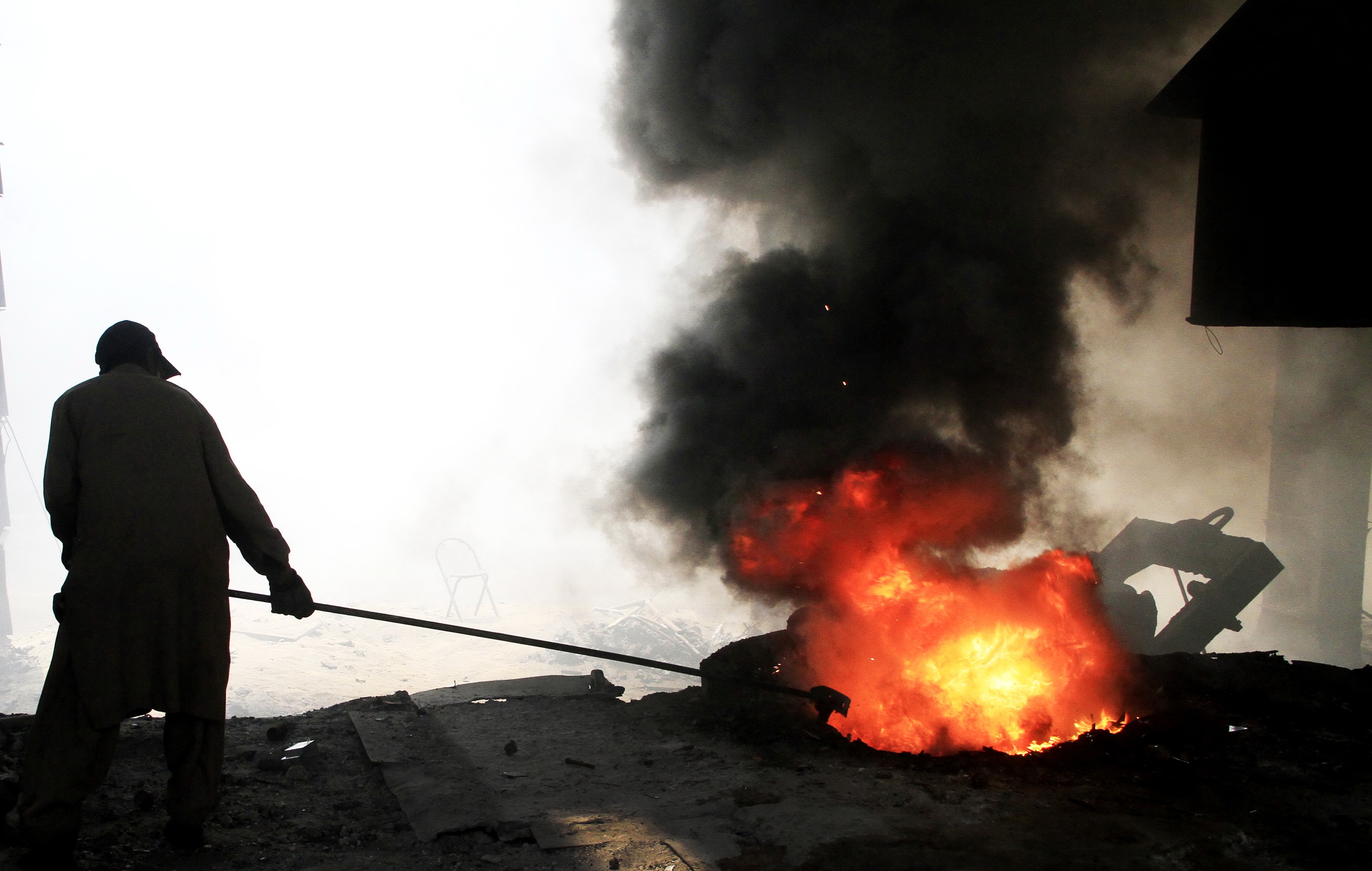 Pakistan Bureau of Statistics has launched the new Labour Force Survey (LFS) 2017-18 in January 2019 after a gap of three years. The last survey was held in 2015. The new data is quite relevant in understanding the state of labour rights in the country and where we are headed. It will also help in reporting progress on sustainable development goals.

The new data indicates gradual formalisation of economy (28 percent of the non-agricultural employment is in the formal sector) and a first time reduction in share of agriculture in the total employment to 38 percent (was 42 percent in 2015). The remaining employment (62 million workers) is distributed in industry (24 percent) and services sectors (38 percent). Agriculture still contributes 19 percent to the national GDP. The intersectoral movement of workforce from agriculture to other sectors should continue to increase overall income and productivity levels in the country, as stipulated under SDG 8.2.

The data further indicates that the vulnerable employment (a combination of own account work and contributing family work) has reduced from 60 percent to 56 percent. It is quite an achievement since the vulnerable employment rate was lingering around 60 percent for more than a decade. However, the statistics does not seem quite reliable once you look at the trend of "uberization" of workforce where workers are being engaged as independent contractors by various digital platforms including Careem and Uber. Unless, the labour force survey has counted these thousands of gig economy workers (classified as own account workers aka independent contractors) as "employees", the own-account workers’ ratio cannot decrease from 24 percent in 2015 to 21 percent in 2018. There is a need for updating the methodology of collecting labour statistics in the era of gig economy. Sindh and Punjab formulated and launched their labour policies in 2018, however none of these refers to the non-standards forms of employment and any plans to tackle this new phenomenon.

Although gig economy can generate considerable employment opportunities and the PTI government has also promised under its 100-day plan to create 10 million jobs for youth in 5 years, there are legitimate concerns about workers’ vague employment status (employees vs. independent contractors), low pay, lack of social protection (due to misclassification as independent contractors) and lack of representation (due to geographical spread of workers and unsupportive legislation). The gig economy workers are deprived of any workplace rights, be it the working hours, employment protection or social protection. Their working conditions are remnant of the conditions of work a century ago.

As measured by the Global Slavery Index 2018, 3.2m persons are trapped in various forms of slavery. The report alleges instances of bonded labour in agriculture, brick kilns and mining.

The average wage in 2018 for men was 19,943 rupees while for women, the average was 11,884 rupees. The gender wage gap (an indicator of how much women earn as compared to men) is 40.40 percent (up from 38.55 percent in 2015). Way to go for improving gender equality, increasing female labour force participation and promotion of decent work in the rural economy as envisaged under the SDGs 5 and 8 and Decent Work Country Program (2016-20)! Khyber-Pakhtunkhwa and Sindh added anti-discrimination and equal pay for work of equal value provisions to their laws, however due to the absence of enforcing rules, the rights have not been invoked for years.

Similarly, labour force survey does not provide any statistics on incidence of forced labour in the country. In theory, Pakistan outlawed forced labour and slavery in 1973 under its Constitution and later in 1992 through Bonded Labour System (Abolition) Act. However, as measured by the Global Slavery Index 2018, 3.2 million persons in Pakistan are trapped in various forms of modern slavery. The report alleges instances of bonded labour in agriculture, brick kilns and mining. Having questions on forced and bonded labour in the labour force survey questionnaire can fill the data gap. Pakistan is anyway required to take immediate and effective measures to eradicate forced labour, end modern slavery and human trafficking under SDG 8.7.

The importance of clear data cannot be overemphasised in evidence based policy making and timely and fuller realisation of SDGs. The above referred reforms in labour force survey regarding clear counting of gig economy workers, estimating trade union density, occupational diseases and fatalities, and enumerating those trapped in bonded labour and slavery are needed to showcase progress on various SDGs.

Considering the capacity constraints of labour departments, tasked with surveillance and protection of labour rights, the government may consider advocating production of citizen generated data by giving it a legal cover and incentivising labour departments to promote such data collection efforts in identifying rights violations.

The state of labour in Pakistan