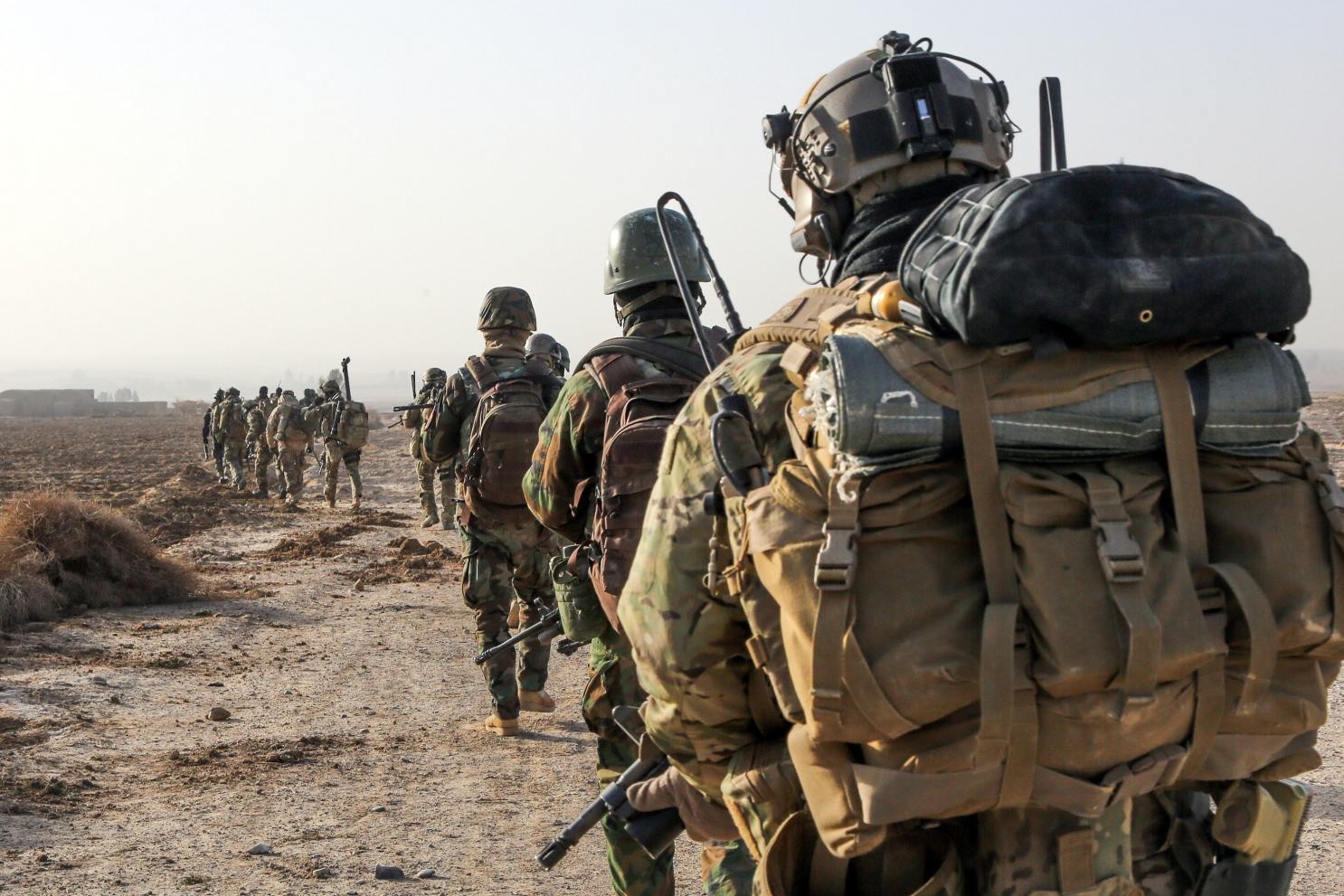 A lot of optimism is in the air about peace in Afghanistan amid some voices of caution and some disappointment at what is being reported about the ongoing negotiations between the United States and Taliban.

A question that needs to be answered first is, whether these negotiations are about peace in Afghanistan or US withdrawal from Afghanistan? A related question is, are the US and Taliban the only parties to the conflict in Afghanistan? Answers to these questions in the context of US foreign policy as it is taking shape under the Trump Presidency will help better understand what is happening and its implications.

The US post-Cold War foreign policy has run its course and a very clear shift can be seen. From the foreign policy educated by a self-view of the victor of Cold War against Communism and emerging as the sole superpower, the US has been pursuing the policy of what has been termed ‘Liberal Hegemony’. This policy was based on tying of US security and peace with a world order premised on liberal democracy and liberal/market economy. It was argued that ‘history has ended’ with the final triumph of liberalism; though some still living in history may create problems for those that have reached its end.

The senior Bush had declared a competition between the liberal order and the illiberal challenges. This policy took the shape of regime change and the use of US military and economic power for it, resulting in a number of military interventions across the world.

However, this liberal crusade was not so non-realist. It never saw any illiberal challenge in Saudi Arabia and watched from a distance the massacre in Rwanda. The Middle East where this policy was pursued more earnestly resulted in a worse situation. Intervention in Afghanistan was a response to terrorism; however, it tied the success not just with elimination of al-Qaeda or Taliban, but for a more lasting solution -- a liberal democratic state was also aimed at.

The policy of liberal hegemony was bipartisan, though with difference in emphasis here and there. The argument to disengage, at least militarily, had started earlier, more specifically with former president Obama promising to end it. However, like the policy of liberal interventions which was not very smooth and without any realist hiccups, the withdrawal announcements are also not without issues. Obama presided over withdrawal and then again returned to Iraq. In Afghanistan, the surge policy that was expected to lead to withdrawal, neither resulted in weakening Taliban substantially nor ended the US presence or military engagement. This policy of regime change created a mess in the Middle East, especially in Libya and Syria.

A number of US scholars have in the past few years criticised the so called policy of Liberal Hegemony and questioned the capability of US to pursue it, as well as the soundness of the belief that liberalism can be imposed by foreign military force. Others have considered the whole idea of the possibility of a liberal world order as against the nature of international relations of which sovereign states are the highest political units (Mearsheimer: The Great Delusion, 2018).

Richard Haass has predicted a new thirty-year war in the larger Middle East in an article (Project Syndicate, 2014), and argued for disengagement as the US cannot stop the conflicts there, leading to a long spell of violence and conflict.

Scholars have criticised the so called policy of Liberal Hegemony and questioned the capability of US to pursue it, as well as the soundness of the belief that liberalism can be imposed by foreign military force.

Jumping to the current policy of military disengagement, one notes the problems with the US withdrawal are being compounded by the personal callousness of President Trump. The almost abrupt withdrawal from Syria without any results and the manner in which the negotiations with Taliban are being conducted may result in a much worse situation on ground and may result in a greatly reduced influence of United States on the global stage.

The current phase of the US-Taliban negotiations ended with an optimistic news about an agreement. Reportedly, there was a broader agreement on a timeframe for US withdrawal, a ceasefire, talks between Taliban and Afghan government at a later stage and Taliban agreeing not to permit the use of Afghan territory for use by terrorists from al-Qaeda and ISIS. Zalmay Khalilzad, announcing the framework of agreement, said the talks would resume by the end of February.

If reports of these agreements are correct, it means the US has accepted almost all of Taliban’s terms. Even their agreement to not permitting the use of Afghan soil for terrorism is not new. They had never accepted the claim of having ever permitted such use, even during their government. Further, al-Qaeda has been seriously weakened by the US-led war on terrorism and has been largely replaced by the ISIS. Taliban are already in conflict with ISIS.

What is more important are the Taliban negotiating with the Afghan government. They have not agreed to work within the current Afghan constitution. What are the changes they want in the constitution. What is/will be the guarantee of them respecting the terms of agreement once the US has left? The US surely would not return easily in case of violations. If a civil war erupts, which is more likely, how will the regional parties react? Can anyone expect Pakistan, India, Iran or even China, Russia and the Central Asians remaining neutral spectators?

At the moment, despite Khalilzad’s visits to other regional capitals in addition to Islamabad and Kabul where he met ambassadors of other interested states, US and Taliban were the only parties to these negotiations. How are other parties to the conflict reacting and how much of their concerns would be addressed by the final outcome is yet to be seen? More important will be the reaction of the Afghan government, which has been cautious in expressing its views, to say the least. Writing it off would be a serious blunder. The US training has not all gone to waste and the Afghan society would not want the return of Taliban in any substantial manner. Taliban, already feeling confident, have further hardened their position.

The announcement of withdrawal of half of the US forces from Afghanistan without waiting for any progress in the negotiations has weakened the US bargaining position, leading to consolidation of Taliban. The US has given an impression of desperation or at least this is how the opposite side is seeing it. That single statement on withdrawal has contributed the most to the Taliban’s ability to stick to their demands and continue refusing to talk to the Afghan government more than anything else, in addition to making the US agree to most of what they wanted.

However, like Zalmay Khalilzad tweeted "Nothing is agreed to unless everything is agreed to", the details of the broader agreed framework have yet to be agreed to. There is a month before the negotiations are resumed. This month will be crucial for whatever the shape of the final outcome will be. At stake is the peace of the region and not just Afghanistan. Whether these are peace negotiations or negotiations for US exit will depend on what happens during this one month break to a very large extent.

Implementation can make a mess of and defeat the purpose of even a sound policy. There appears to be serious flaws in implementation of the policy of military withdrawal and may result in a much worse situation than expected, for the region, the world and the United States.