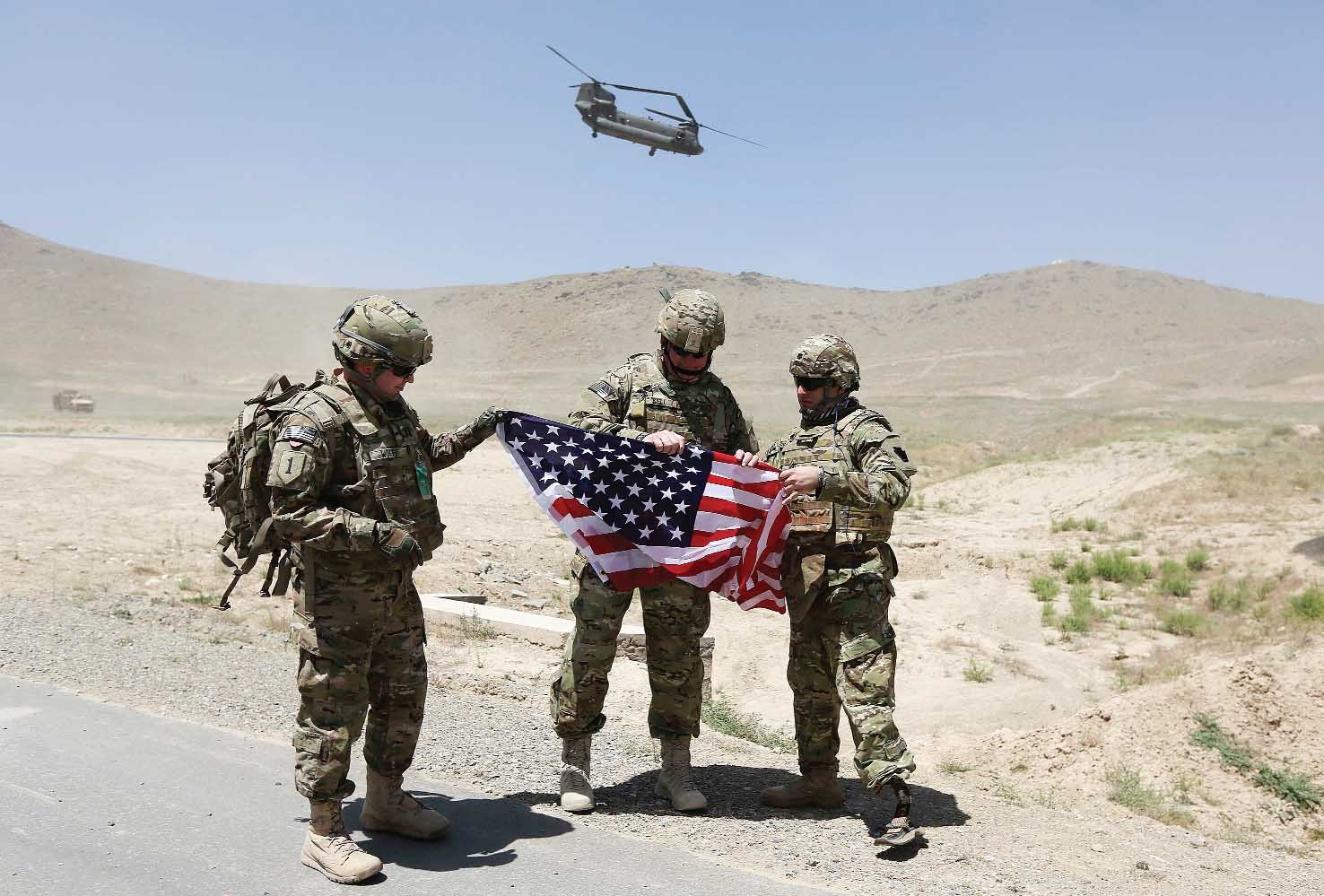 There’s no decisive agreement on the horizon between the United States and the Taliban insurgents to bring peace in Afghanistan. Far from it, the negotiations process has just scratched the surface leading to more intertwined and speculative outcomes.

Critics of the process, however, maintain that the Taliban cannot be trusted given their past and, thus, when the US withdraws from Afghanistan, the group would not be obligated to enforce any commitments.

Former US ambassador to Afghanistan, Ryan Crocker, has even called the negotiations process to reach an expected deal as a total "surrender". Crocker argued in his article for The Washington Post published last week that, "we could also note that unless some other solution is found, US troops will remain in Afghanistan as long as the current government wants them, protecting the US national security interests and defending core values, such as women’s rights, that have fostered there since 2001."

Ambassador Crocker has a point since Zalmay Khalilzad, just a few days after taking charge as the top American negotiator, told National Public Radio that the US was stepping back from its long held position. "We had some preconditions at that time in terms of engaging the Taliban that they should accept the Afghan constitution, that they should renounce violence, that they should break ties with terrorist groups that would threaten the United States and others. Those preconditions have become more in-conditions that at the end of the talk we would like them to commit to themselves in a way that we can be certain….," he had announced.

Since then, Ambassador Khalilzad has taken multiple trips to the region and engaged high and even low-level stakeholders. The efforts have only brought out a ‘draft framework’, which basically asks the Taliban for a ceasefire and a sit-down with the Afghan government -- two conditions which the group has not agreed to. The withdrawal of US troops would happen after the group commits not to harbour terrorist outfits that threaten US security. So far, the Taliban want further consultations among themselves following which two working committees from both sides will hammer out details on the timeline of the withdrawal.

While Khalilzad also insists there had been no discussions about the possibility of a Taliban role in a transitional government; a leaked draft of the document written by the former diplomat, Laurel Miller, has been reported by various media organisations. "The draft tries to envision what a final peace agreement could look like, and one element is the formation of a transitional government on interim basis that could include the Taliban. That transition authority would then pave way for changing the Constitution and holding elections that would include the Taliban in some agreed-upon way," according to the New York Times.

Meanwhile, the US National Intelligence has assessed in its annual report that neither Afghan government nor the Taliban would be able to gain a strategic advantage in the Afghan war in the coming year, even if coalition support remains at current levels. "However, current efforts to achieve an agreement with the Taliban and decisions on a possible withdrawal of US troops could play a key role in shaping the direction of the country," the annual report presented last Tuesday to the Senate Intelligence Committee said.

Dan Coats, the director of National Intelligence, was of the view that "Islamabad’s narrow approach to counterterrorism cooperation -- using some groups as policy tools and confronting only the militant groups that directly threaten Pakistan -- almost certainly will frustrate US counterterrorism efforts against the Taliban."

The intelligence report says the challenges facing South Asian states will grow in 2019 because of Afghanistan’s presidential election in mid-July, the Taliban’s large-scale attacks and Pakistan’s recalcitrance in dealing with militant groups.

The Afghan presidential elections have been postponed, which stresses the current Afghan leadership fearing that the US could make a deal behind their backs leaving them to face the Taliban without resources. The Afghan President Ashraf Ghani and its chief executive, Abdullah Abdullah, want to run for a second term and they certainly do not want the Taliban calling the shots alone.

Some three years ago, Senator Mushahid Hussain while talking to this scribe had criticised the US policy towards the region. "Sometimes they want Pakistan to take on the Taliban; at other times they want Pakistan to talk to the Taliban. Sometime they talk about surge; then they talk about withdrawal from Afghanistan," he said adding that there had been a lot of failure and confusion in the past years.

The confusion now seems to have diminished since Pakistan has delivered on the US demand by managing its influence to bring the Taliban to negotiating table. Despite these apparent encouraging signs of a possible political settlement, experts in Washington are wary of any such progress. They continue to believe that Afghanistan could descend into total anarchy once the US withdraws its troops. It would, they say, erode the authority and legitimacy of the Afghan government, raising the risk of the Taliban’s full takeover and a civil war.