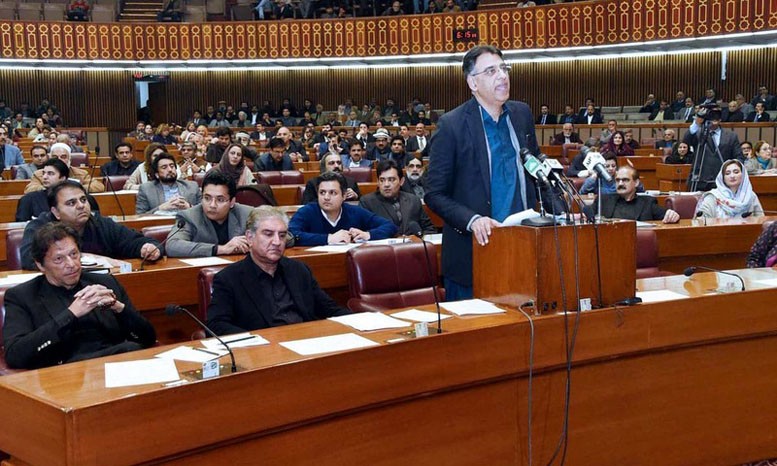 Asad Umar in his speech said: "This is not a budget, this is a corrective package aimed at addressing various sectors of the economy". However, majority of the measures announced are more in the nature of tinkering with the existing taxes and not aimed at structural reforms to promote long term sustainable growth. In fact, rates of many indirect taxes and some withholding taxes to increase, whereas the rich and mighty will not contribute substantially towards direct taxes.

Since the Federal Board of Revenue (FBR) in the first six months of the current fiscal year failed to bridge the huge tax gap, partly because of laws favouring tax avoidance and evasion and partly due to lack of capacity and professional skills, inefficiency and corruption, the coalition government of Pakistan Tahreek-i-Insaf (PTI) was left with no choice but to resort to further tax measures. As expected instead of structural reforms, the new tax proposals are aimed at "protectionism" rather than ending inefficiency and rent-seeking as elaborated in ‘Pakistan must push trade, shun protectionism’ [The Express Tribune, January 21, 2019] by Ali Salman, founder of PRIME Institute, an independent think-tank based in Islamabad.

The crafty tax bureaucrats again managed to hoodwink the government by proposing measure like removing super tax on non-banking companies with effect from July 1, 2019 -- a cosmetic change as this was as per amended law ending from the tax year 2020.

Many concessions have been announced for the companies but from the next year such as tax on undistributed reserves, reintroduced through Finance Act, 2017, to be abolished after tax year 2019. Tax on income of banks from loans to low-income housing schemes, small & medium size enterprises [SME] and agricultural income is proposed to be reduced to 20 percent. The question is whether banks will take risk to advance loans to these sectors/persons when they have little to offer as collateral and have no solid income stabilisation. The banks hardly follow the guidelines of State Bank of Pakistan for mandatory loans to these sectors and rather opt for fines for non-compliance.

The relief for investors at stock exchange of abolition of turnover tax of 0.02 percent on trading in shares will certainly induce more investment. This was indeed an unjustified tax -- tax should be on income and not transaction. However, this is not taken as a principle policy measure. Out of 68 withholding statements under the Income Tax Ordinance, 2001 more than 60 percent are on transactions.

The measures like allowing non-filers to purchase small and mid-size cars up to 1300CC with enhanced rate of tax and abolition of withholding tax of 0.3 percent for filers on banking transactions are good corrective actions as well as the following steps:

n Reduced rates have been introduced on import of input materials for manufacturers of Footwear, Tanners leather, furniture, sanitary, chemical and plastic etc.

Fiscal policy must aim at collecting taxes at lower rate from broadest possible base along with spending the same for public welfare programmes, especially empowering people through education and facilitating free markets for employment generation. This is the only way to ensure socio-economic mobility in the society.

Tax on dividend income would be reduced to the extent of percentage of ordinary shareholding held by the company, in the case of companies availing group relief under section 59B.

Pilot scheme to be introduced in Islamabad to facilitate traders in filing and paying taxes.

Submission of withholding statements only twice every year rather than every month.

Notwithstanding the above appreciable measures, the Finance Supplementary (Second Amendment) Bill of 2019, as the previous ones, contains no concrete steps to harness the real tax potential of Pakistan, which at the federal level alone is Rs8 trillion. This year about 1.45 million filed income tax returns for tax year 2018. In the income tax realm, every account holder of a bank, who receives any amount of interest, is subjected to withholding tax and is a taxpayer though may not be a filer.

It is worthwhile to note that in the case of individuals and associations of persons, tax deducted at source by banks is full and final discharge under section 169 of the Income Tax Ordinance, 2001. There are 95 million unique mobile users who are paying 12.5 percent advance and adjustable income tax though overwhelming majority has income below taxable limit. There is no desire on the part of FBR to find out how many of these have income exceeding Rs1.2 million -- a threshold that should attract taxation and not a huge population of over 80 million subjected to income tax without having taxable income.

The finance minister, in his speech, failed to acknowledge that one of the main factors of fiscal woes of Pakistan is defiance of the rich to pay due taxes on their enormous incomes/wealth. A progressive tax (Income Support Levy), legislated in 2013, has not been paid till today by 99.9 percent parliamentarians and rich Pakistanis. This progressive tax was abolished in 2014 -- in 2017-18 Pakistan suffered record fiscal deficit of Rs2.3 trillion forcing the PTI government to borrow funds just to pay old debts!

The failure of PTI on the front of retrieving stolen money and recouping tax losses has forced the premier to go from state to state to borrow more funds, certainly having strings though not revealed to the Parliament or the nation. The rich businessmen, who have been seeking more "concessions" from the PTI government and succeeded to a great extent as evident from Finance Supplementary (Second Amendment) Bill of 2019, by not paying Income Support Levy, meant for helping the economically distressed persons/families, proved their apathy and callousness. Our private sector wants concessions and tax waivers, but is not ready to invest in human resource and fund the training of unemployed youth population. This shows the real dilemma of Pakistan. Our financial managers and entrepreneurs must be reminded that a huge part of economic success for any nation is to ensure that the best possible talent is in place in key industries, and that it stays there. Have we done anything in this direction? The answer is a big NO.

Our tragedy is that on the one hand we have too many taxes and on the other, revenue collection is much below the real potential. Successive governments and PTI have failed to reform the obsolete tax system. The twin malady of complexity of tax codes and weak tax administration has not been addressed by the PTI so far. Budget as a tool of fair economic policy must be resentful towards rich families holding the reins of political control through money power.

Fiscal policy must aim at collecting taxes at lower rate from broadest possible base along with spending the same for public welfare programmes, especially empowering people through education and facilitating free markets for employment generation. This is the only way to ensure socio-economic mobility in the society. On the contrary, all our national and provincial budgets, including the latest ones presented by PTI, have been designed for benefitting the affluent classes. In other words, in an elitist economy, these are the "budgets of the rich, by the rich, for the rich".

The writers, lawyers and authors of many books, are Adjunct Faculty at Lahore University of Management Sciences (LUMS)