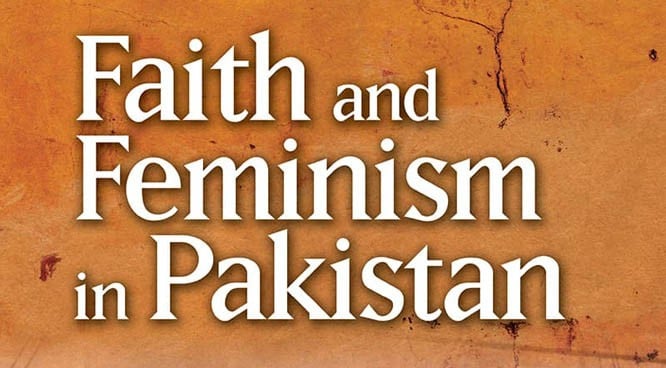 Of late, the eggs -- all rotten -- hatched by postmodernism have been broken. We always knew that an omelet from broken eggs only stinks, expensive crockery and artistic decorations notwithstanding. However, such is the dictatorship of academic mainstream that every effort exposing the rottenness of postmodernist freemasonry is met with a conspiracy of silence. Afiya S. Zia’s Faith and Feminism in Pakistan: Religious Agency or Secular Autonomy , is/will be no exception.

However, the way Zia’s exceptionally brilliant tome dismantles the academic fashionability of ‘Islamic feminism’ through a rigorous case study of Pakistan, the conspiracy of silence may not work very long. At least every attempt should be made by scholars, activists and students to foreground critical narratives, such as Zia’s Faith and Feminism in Pakistan, that subvert the mainstream consensus achieved by way of power over knowledge. Zia’s work, however, does not deserve our attention merely because it is critical and subversive of mainstream. It is an important primer for anyone interested in feminist debates in the Pakistani context. It offers a secular alternative in the age of al-Huda and Tableeghi Jamaat. Above all, it opens theoretical and methodological possibilities for future research.

Zia begins by laying out (and questioning rival) definitions of feminism and Islamic feminism. Feminism, she claims, ‘is not limited to vague notions of empowerment, nor is female leadership a singular indicator or a criterion towards achieving goals of gender and class equality and justice’. On the contrary, feminism ‘actively challenges traditional, masculinist, patriarchal and class-based centres of power and authority and does not simply seek to replace male with female leadership. Most strains of feminism are also critical of those women who aspire and adhere to, promote, harbour, or mimic patriarchal ambitions, relations or agendas’.

In contrast, Islamic feminism, to quote Zia, ‘can be described as essentially a postmodernist, diasporic scholarly project that does not recognise any single (male) interpretation or dominant narrative of Islam…Instead, Islamist feminist epistemology claims an interest in research that includes multiple voices and historical debates in its endeavour to locate women’s rights within an Islamic discourse’. In other words, it is ‘an against the grain reading of the Sharia and Quran’.

An important clarification at this stage is important before proceeding further. While Zia flags up the limitations of Islamic feminism, her book’s thesis is directed against post-secular and post-feminist scholarship attributed to ‘diasporic’ academics such as Saba Mahmood, Humeira Iqtidar, Masooda Bano et al. Zia coins an interesting term, retro-Islamic, to characterise this ‘diasporic’ scholarship of Pakistani origin.

The retro-Islamic scholarship, anchored in post-feminism and post-secularism, is critical of Enlightenment ideals. It is heavily ‘invested in uncovering the "complex subjectivities" of Islamists’. This retro-Islamist scholarship ‘seems more of an anthropological interest to convalesce a reinvented identity of the "agentive" Muslim/Islamist woman’ while rejecting universalist liberal and socialist ideals in the name of Muslim exceptionalism. In fact, this scholarship is an attempt at recuperating Islamic fundamentalism (Zia deploys the term, ‘Islamism’. Arguably, an appropriate term would be Islamic fundamentalism).

What do they propagate? To answer this question, Zia reviews the key works produced by Islamic feminists and retro-Islamists. Esposito, for instance, differentiates between socioeconomic and the ethical -- religious categories in Quranic legislation. ‘Based on an acceptance of this divide, many Islamist and pietist women in Muslim contexts concede that while women’s status is inferior to men in socio-economic concerns, they are full equals as ethical subjects, and despite the specific spiritual and moral obligations imposed on them, they will be compensated in the Hereafter’.

Saba Mahmood, the most fashionable retro-Islamist, centre-stages the agency exercised by the Muslim woman. Mahmood conceives agency as something talking back to normative, liberal, mainstream notion of agency (the latter is complicit with imperialism). She decentres liberal/secular notion of agency synonymous with resistance and explores agency as a capacity for action through the ‘performance of gendered Islamic virtues’. In her view agency is the capacity to perform sacrifices, struggles and desires which result in women becoming virtuosos of piety.

Iqtidar goes a step further to argue that the women agency can be mediated by religion (i.e. religion can be motivating force) and, through Islamist movements, women find liberation (only if liberal values are re-defined). By bringing religious belief into public sphere and recognising it as a motivating factor, she absurdly argues that Muslim countries such as Pakistan are in fact secularising (one wishes she was living in Islamically secualrising Pakistan instead of the secularised infidel West).

Zia engages with some other Islamic feminists, such as Masooda Bano, and convincingly establishes the theoretical as well as empirical hollowness of the above mentioned scholars. For instance, she questions why Mahmood insists on the term ‘agency’ when there is nothing agentive in her conceptualisation of agency.

Next and very importantly, Zia demonstrates the empirical jugglery employed by Islamic feminists. A common methodological sophistry is to omit the evidence. On the one hand, Zia demonstrates, most retro-Islamist Pakistani scholars avoid mentioning political practices of Islamist groups in their academic inquiry, on the other, they do not document the ‘positive effects of modern, liberal, emancipatory or secular struggles and their yields for women, minorities and lower classes’.

For instance, Zia points out, retro-Islamists simply refuse to scrutinise the role of Islamic women parliamentarians. Similarly, such practices as observing Haya Day to counter Valentine’s day are not explored or questioned. Or, the Taliban-ruled Swat or MMA-governed NWFP never make as case studies in retro-Islamist discourses even when Swat under the Taliban and MMA government was making headlines as Islamic feminist narratives were literally being penned.

Finally, Zia looks at the actual consequences of Islamic feminism. Firstly and perhaps most importantly, in terms of consequences, ‘this project runs the risk of rehabilitating what are in Pakistan, Islamist men’s patriarchal and nationalist agendas. Such scholarly efforts dovetail with the broader masculinist, Islamist demands that seek to purge all rights-based initiatives and movements of Western and particularly, feminist, liberal and secular influences. In particular, it is women’s and minority rights that are targeted for being pollutant, Western, secular and complicit with neo-imperialist designs’.

Secondly, the process started by Islamic feminism as well as retro-Islamist scholars to redefine Islamism and feminism entails a thinning of the feminist agenda. Simultaneously, the Islamic factor in this hybradised identity is increasingly accommodating patriarchal possibilities. Proof? Conservative Muslim commentators, Afia shows, often take advantage of the Islamic-feminist agenda ‘to reference all the rights that Muslim women are granted in Islam -- however, they stop short on agreeing that these are unconditionally equal’.

Thirdly, retro-Islamist scholarship seems disinterested when it comes to vital issues facing the Muslim women such as ‘sexual, property or material-based rights or indeed, the relationship between Muslim men and women with reference to violence, marriage or livelihoods’.

Zia’s arguments and assertions listed above are not merely backed by sound theoretical constructs but have also been informed by a wealth of data. Her personal experiences as feminist-activist provide her with a rare privilege unavailable to researchers who land the site of research as outsiders. If one agrees with Zia’s findings and analysis, one is even compelled to question: if Mahmood, Iqtidar and Bano et al would even qualify as feminists. In short, Zia has single-handedly defeated the well-armed battalion of Islamic feminists and their post-secular Pakistani cousins.