He who does not falter

Tracing the legacy of Professor Tahir Kamran, as he leaves GCU, after an association lasting a quarter of a century 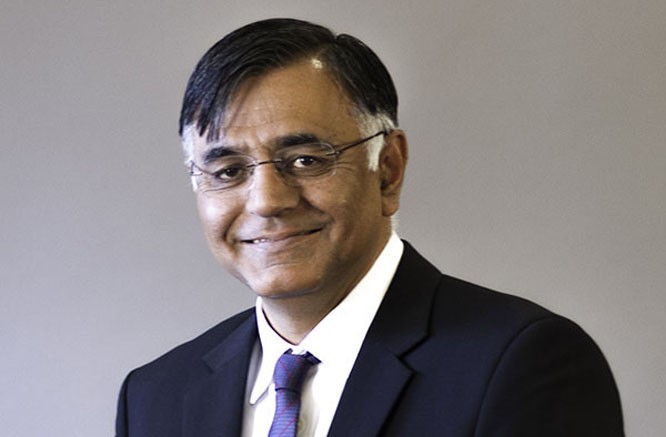 It is not usual for Professor Tahir Kamran to stumble in response to a question. He does not falter when academic and theoretical problems are presented to him, especially if he has been engaging with those problems for a while. So, it was disturbing to see him search for a cogent answer to a rather straightforward question.

I had asked him to tell me what he considered was his legacy at the time he was leaving Government College, Lahore, now GCU, after an association lasting a quarter of a century. As someone who has written about institutional and individual legacy in a detached and dispassionate way, the professor ironically failed to offer a satisfying, or even coherent, answer.

He resolutely insisted that a legacy of contribution to institutional development and growth is the only posterity that an academic can leave behind. As such, he singled out the History Department at GCU as his legacy. However, when probed further, he was unsure if the department in his absence would be able to sustain the momentum generated under his leadership.

Such fears arise because of the administrative and supra-departmental structural issues that plague academia in general. Prof. Kamran has been able to override such issues by the force of his larger-than-life personality, and his unassailable reputation as the leading historian in Pakistan’s public-sector universities. Perhaps then, one reason for his inability to identify a legacy is that he could not strengthen the department to the point where his own personality did not remain synonymous with the department, and where the department could have a recognition of its own.

To his credit, he tried to create an institutional legacy, but given the structures of a postcolonial society, larger-than-life personalities do not allow institutions, or those around them, to develop their own identity. My own take on Prof. Kamran’s claim is that the History Department of GCU does form an important pillar of his legacy, but only in his second stint. His first period of leading the department as its chairperson (2002-2008) remains largely forgettable because of his being restricted to the department’s administration. It was only in his role as dean of Social Sciences from 2015 onwards that he truly started getting recognised as a leader of the entire university. The seeds for his successes during the second stint, however, had been laid in that first period of service to Government College.

For starters, students of the 1990s and early 2000s remember college teacher Tahir Kamran’s name as one of the favourites to succeed the then principal upon his eventual retirement. Secondly, and perhaps this is a legacy that he can be proud of, it was his students and close friends from that first stint as teacher and head of department that became Prof. Kamran’s team in his incredible second stint.

I personally remember first hearing him address a small audience in the Dorab Patel Auditorium sometime in 2006 or ‘07, to honour the historian K K Aziz. His paper that day has stuck with me over the years. Tracing K K Aziz as part of the legacy of orthodox historiography in Pakistan, he argued that while Aziz, S M Ikram, and I H Qureshi were historians of a nation-state newly created, a fresh analysis of their historiography provided insights that did not entirely invalidate the need for such nation-building but rather delineated new paths to revise (and not necessarily entirely shun) that tradition.

Today, I can read into that paper the seeds of the legacy of historiography and teaching that Prof. Kamran proudly proclaims to be a part of, and that his students and close associates Hussain Ahmed Khan, Irfan Waheed Usmani, Amber bin Ibad, Ali Usman Qasmi, Tahir Mehmood, and many others have learnt to carry on.

Given this background, it seems doubly perplexing that Prof. Kamran believes he has failed in leaving a meaningful legacy for the institution. For that, one has to blame his stint at the Iqbal Chair at the University of Cambridge.

Before Cambridge, his great regret was not being allowed by his father, himself a man who has left a huge legacy in the bureaucracy of Pakistan, to proceed abroad for a PhD. In interviews at private universities, he still feels neglected because of his local PhD, despite his tremendous body of work. However, he still does not insist on equating local PhD training with that received abroad, and urges the young people around him to pursue their studies abroad so that they may receive the rigorous training that is not available in Pakistan despite the best intentions of academics like himself.

Cambridge happened to Prof. Kamran at a later stage in his life. He had already spent stints at Jawaharlal Nehru University, Delhi, and Southampton University, UK, as a visiting scholar, and was already collaborating with Ian Talbot. Cambridge, however, gave him the friendship and mentorship of Chris Bayly. Today, in his frustration, Prof. Kamran tells me privately that he regrets Cambridge and Bayly (not literally, of course) because his standards (he expects these high standards from himself before posing them to any of his students and colleagues) are now out of sync with the relevant realities of Pakistani academia.

The second stint, which to me forms whatever legacy Prof. Kamran leaves behind, is thus the post-Cambridge era of hopeful endeavour and bitter disappointment.

Over these three years, I have seen Prof. Kamran protest in frustration, recoil in anger, and consider resigning in utter dejection; however, always at the end, he has gathered his fallen morale, motivated himself, and plunged back into the heart of an ongoing battle to make the administration understand that it is responsible and accountable to the faculty. He made it a point of honour to bring his original team (all highly qualified academics by now) back to the GCU.

The reason I single out this stint is because he had another team of admirers and students, which met not so much in the office of the head of history but that of the dean of social sciences. These were his personal friends with whom he frankly shared his growing frustrations at the academic scene and the terrible state of universities. Most of these were people sidelined by the system, themselves angry at the denial of dignity.

Prof. Kamran’s office and friendship offered everyone room to express their disappointments. Most importantly, though, while he shared those sentiments, his last advice was always to continue working and focusing on academic excellence. Historian Tahir Kamran is an incorrigible romantic at heart when it comes to believing that there is a future for academia in Pakistan.

One other area of his legacy that Prof. Kamran seems unaware of, or perhaps it is not that important to him, is his role in promoting a culture of discussion, debate, and decent dissent, something largely missing in Pakistani society, especially in academic spaces. I have never agreed with him in any debate, as he himself has underscored in his recent essay on postcolonial history and the enlightenment. Yet over the past three years, his work has channelled into my own, and whatever I have written or plan to work on is derivative of the many hours spent in the safety of his office.

He repeatedly stressed that academic spaces should be bubbles in which academics work, and his office and company always provided such a bubble to those who sought it.

Professor Kamran is also a tireless campaigner against the neglect of the humanities and social sciences in Pakistan. He believes that the state of academic institutions is in large part due to the imbalance created by governments in selecting leadership from the science faculty to head universities as well as commissions. He supports the need to promote the study of literature, history, sociology, and anthropology, and argues that values of tolerance are only possible through this.

This, then, is his legacy for me. However, I wish to reiterate something: Prof. Kamran is frustrated and angry at the false hope of an academic change that he keeps working towards. Yet, this disappointment does not stop him from being committed to excellence in his personal work.

The legacy of Professor Tahir Kamran will live on for his students and admirers, and in the many books and essays he will eventually leave behind. In the end, that is perhaps all that an academic can leave behind.

He who does not falter