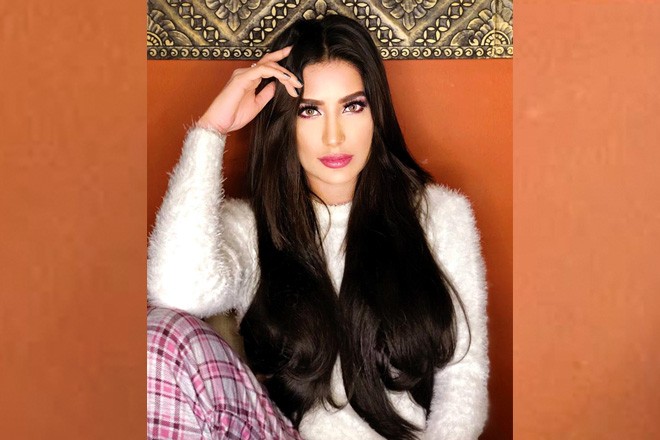 Four years after ‘Billi’, Mehwish Hayat has taken the industry by storm. She is considered one of the most bankable actors in the film business and the camera loves her, catching the warmth and gusto of her personality every time she appears on screen. Mehwish spent the later part of 2018 with family in New York and returned New Year’s Eve for a year that holds new, exciting beginnings in store.

We caught up between dubbing sessions for her web series and began with her interaction with beauty blogger turned mogul, Huda Kattan, best known as Huda Beauty, who had reposted one of Mehwish’s videos, dolling-up with Huda’s products. One wondered how it all began.

"It’s interesting how something that started off very casually turned into something major," Mehwish recalled, as she sat down with Instep to talk about the eventful year she’s had and what’s coming up in 2019. "I was in the States with my family when (makeup artist) Maliha and I decided to come up with some looks, record them, put them out there, and just experiment a little. I’m the only Pakistani actress whom Maliha has worked with and she’s been a very dear friend for a while now. When I started posting videos and pictures, Huda liked and commented and ended up sharing one of them, which is when I realized s*** had gotten real," she said, with a laughter.

Mehwish hinted at a collaboration of sorts but didn’t give up more details.

"We’ve kept in touch, we follow one another on Instagram and we’re in talks for a project that I’m not at the liberty to talk about," she responded of what’s brewing between Huda and her.

This would be one of the many things Mehwish was working on. In 2018 she also lent her voice to the fierce antagonist, Erma in Sharmeen Obaid-Chinoy’s animated trilogy, 3 Bahadur: Rise of the Warriors. Though she found voicing the character rather challenging, she was most pleased to have been associated with this film as it paid emphasis on strong female characterization.

"When Sharmeen and her team had sent across a picture of Erma, showing me the character they wanted me to voice, I was completely blown away," she recounted. "I thought it was badass; animation had been something on my bucket-list for the longest time. I thought this was the right character to check that off."

Mehwish also starred in filmmaker-duo, Nabeel Qureshi and Fizza Ali Meerza’s Load Wedding alongside Fahad Mustafa. The old-school romance was critically well received and lauded for a variety of reasons. Nonetheless, it came out on Eid-ul-Azha and battled the box office with Jawani Phir Nahi Ani 2 and Parwaaz Hai Junoon and as a result of being given lesser screen-space, it had an underwhelming run at the theatres compared to the banner’s previous features.

"Load Wedding was a film that I’m honoured to have been a part of, the screens it was given or what channel backed which film is not something that ever bothers me about any of my projects; it’s not something I consider," Mehwish responded to the fiasco that had taken place. "I was praised for my part, what more can I ask for? And I’ve been seeing pictures of people with ‘jahezkhori band karo’ (stop demanding dowry) written on their hands, but it was Load Wedding that spoke about it. I think nobody before this really had the guts to talk about such an important issue and I commend Nabeel and Fizza to have told this story. They’re truly trailblazers."

"I think that as a team we all worked very hard to create an honest project, which was acclaimed, shot really well and did well (commercially) too," she continued on the subject. "I’m not entirely well-versed with numbers, but a film earning profit is a benchmark. I think it’s also important to check the authenticity of the box-office collections being put forth; social-media isn’t a very reliable platform, for people like us, who are a part of the industry. We know the truth, but the audiences are very naive."

Moving onto her next film, Mehwish admitted she was working on a film project but had to keep it completely under wraps; she could not divulge any information. One asked her about the biopic of late politician, Benazir Bhutto, which she implied to be working on last year during Load Wedding promotions. She had put up a post on Bhutto’s birthday with a caption about her ongoing research about the life, struggles and aspirations of the former Prime Minister for cinematic adaptation. This created considerable controversy.

"Yes, I have clarified that there is a biopic in the works but must add that it is way off. A production of this magnitude takes time to get going," Mehwish commented on the forthcoming memoir’s current status. "There are rules and laws governing biopics, which are based on the lives of real people and when the project is further down the line, I am sure that the producers will reach out to the appropriate people and follow the necessary guidelines. The Crown about the Queen is a prime example on how these stories can be done well."

Among her upcoming projects is a web series, directed by Wajahat Rauf and produced under the umbrella of a leading video on-demand South Asian platform, Eros Now. The first of its kind to have been shot in Pakistan, Mehwish will tentatively be seen channeling a rock-star and share the space with Azfar Rehman, Asad Siddiqui and Rabab Hashim.

"Web space is truly the future, you know how they say ‘it’s the next big thing’, I’m glad it’s come to Pakistan. Even though ours might be the first Pakistani web series, there are so many more directors and producers working on more projects," she said of the medium. "When I was offered the project, I knew it was new to Pakistan, but I think I’ve always been open to risks, and trial and error, but this, I saw as an opportunity to go global in a way. All around the world, content is now available to you on your phones, and you’re just a click away, so it’s basically about reaching a wider, global audience as compared to one specific country."

As for adjusting to the medium of web, said Mehwish, "Luckily, Wajahat treated the series as a film, so we shot it on a film-camera as well, which is why I’m really excited to see how it turns out. From the glimpses I’ve seen on-set, it’s very cinematic. I had such a great experience working; I was thoroughly pampered and really looked after. All my co-actors and Wajahat himself had such great energy that it all came together really well. Like I say to them, it’s just a very happy project."

After a grueling USA tour in 2017, Mehwish Hayat was never able to maintain her musical stints. Most recently, she’s come up with two tracks, recorded live at the Virsa stage in Lahore, crooning to Nusrat Fateh Ali Khan’s ‘Tu Mera Dil’ with Rahat Fateh Ali Khan and a solo by Shakila Jabeen, in Punjabi. Both singles will also be released with music videos in 2019.

"Fortunately or unfortunately, I wasn’t able to focus on music ever since Coke Studio (Season 9) but 2018 ended on a great note. I sang two songs, including a Punjabi number, which Mian Yousaf Sallahuddin composed and insisted I sing, and the other with Rahat Fateh Ali Khan, which I must add was one of the highlights of my career," she rejoiced. "He’s such an incredible musician and I got to share space with him. I’ve sung a few songs for the web series as well, so I’ve dabbled in different genres and widened my horizon, and I want to pursue more of it this year."

In the end, Mehwish Hayat is counting on 2019 that will bring challenging work her way.

"I think 2018 was great," she said, "a very happening year for me. I traveled, spoke at public forums, won accolades all across, and I think that only helped me realize further that I need to continue following my heart. I’ve always gone by my instincts, I’ve taken risks and I need to continue doing that. I’ve stepped into 2019 with a clean-slate. There are no expectations; I am ready to take it as it comes," Mehwish Hayat concluded.