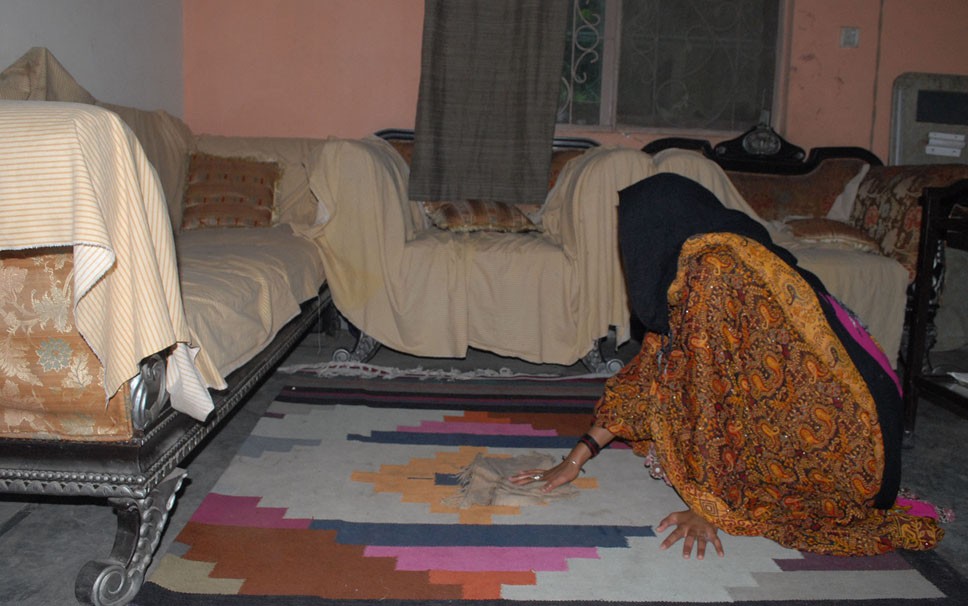 Domestic work is one of the oldest practices in the world with high workforce participation by women and children. It is mostly undervalued and low-paid activity. The undervaluation stems from the assumption that women are innately capable of performing this work, thus it is considered as unskilled. Moreover, it is considered an extension of the unpaid domestic work, which in itself is unregulated and unaccounted for.

An ILO report estimated that around 4-10 per cent of total employment in the developing countries is provided by domestic work. While males are also employed as domestic workers (gardeners, chauffeurs, cooks and guards), a large percentage of domestic workers are women (for home, child and elderly care).

Punjab Domestic Workers Bill 2018 was tabled earlier this month in Punjab Assembly. A similar bill is under preparation at the ministry of human rights and will be tabled shortly in parliament. The Punjab bill finally recognises the economic and social value of more than 8 million domestic workers in the country, brings domestic work into the mainstream, and addresses the exclusion of domestic workers from labour and social protection mechanisms.

Considering the fact that an overwhelming number of domestic workers are women, the bill, once passed, will also help in promotion of gender equality in the country. The bill, for the first time, addresses the vulnerabilities faced by live-in and child domestic workers by setting the minimum age for employment as well as other rights.

While the bill is a step in the right direction, it has certain inconsistencies and, if passed in the current form, it will not be able to meet the desired objective of promotion of decent work for domestic workers.

By setting the minimum age for employment lower than the age of compulsory schooling, the government will undermine the compulsory schooling legislation and rather facilitate the menace of child labour, including child domestic work. The same misconception is evident in the Lahore High Court’s order of 20 December 2018 where the honourable court banned the employment of children below 15 years as domestic work.

While domestic workers were mentioned in the labour legislation since 1960s, no minimum wage was ever announced for these workers. The current bill refers to declaration of minimum wage for domestic workers and takes into account the principle of equal pay for the work of equal value. This essentially means that a guard at the house and nanny for children must be paid the same wage. The draft legislation, however, does not take into account in-kind payments and reasonable deductions for food and accommodation, thus opening the door for exploitation.

While the bill plans to promote gender equality and refers to non-discrimination on various grounds, the maternity benefit for women is set at equivalent to six weeks’ wages. The general provision under Pakistan’s labour laws is 12-week maternity benefit. Laws cannot promote discrimination among the workforce on the basis of occupation in access to basic social protection benefits.

Penalties under a law must be set at a dissuasive level and be coherent with other legislation. Interestingly, Punjab has three separate laws on child labour. Of them, two are sector-specific, i.e., Child Labour at Brick Kilns Act 2016 and Punjab Domestic Workers Bill 2018, and one general law, i.e., Punjab Restriction on Employment of Children Act 2016.

The penalties under all these laws are different; the highest fine is Rs50,000-500,000 under the brick kiln law. While the brick kiln and general law propose an imprisonment term of 7 days to 6 months in the event of violation, the domestic workers bill stipulates imprisonment, up to one month, only on the employment of a child under 12 years. Once a child is 12 years and one day, the penalty is only a fine which may range from Rs10,000 to 50,000.

There is a misconception among the policy makers that domestic work is a non-hazardous activity. The most common hazards in domestic work include long working hours and isolation. The domestic work also involves carrying heavy loads (children, laundry, lifting of elderly or ill persons with limited mobility), exposure to chemicals, sharp objects, and hot stoves and deprivation of education. Instead of declaring domestic work as a hazardous occupation, as has been done in India, Punjab did not include it in its list of 38 hazardous works under Punjab Restriction on Employment of Children Act 2016. Domestic work must be declared hazardous work and thus the minimum age for engagement in domestic work (live-in) must be raised to 18 years.

While the law aims to protect the rights of domestic workers, it fails to mention the most fundamental and enabling right of all, i.e., the right to freedom of association which is guaranteed under Article 17 of the Constitution of Pakistan. Reasonable restrictions can be imposed by law in the interest of public order or morality, as guided by the constitution, to protect the private sphere, i.e., sanctity of the four walls of a household. Workers must have the right to form and join trade unions of domestic workers, bargain collectively and must have the right to collective action.

Law in itself can’t protect the rights of workers since workers lack awareness and resources to pursue legal action. There is a need to realise limitations of the law and limit our expectations to a reasonable level. However, an inconsistent, incoherent and incomplete law is a sure recipe for slow implementation.