The failure of nationalism

To avoid the pitfalls of modern day myopic nationalism, it becomes absolutely essential that we imagine national communities and states in a way that promotes harmony and inclusiveness 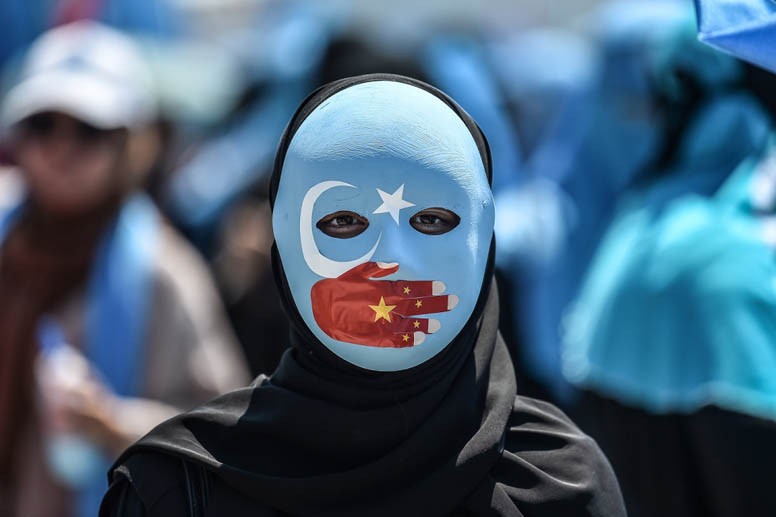 China’s internment camps in Xinjiang while, quite draconian in nature, highlight a larger, more fundamental problem with the modern nation state and the toxic brand of nationalism that has come to define the present world. This nationalism rests on a very myopic definition of what constitutes a ‘nation’, one which seeks to culturally, linguistically and politically define that nation. This narrow definition, in turn, leads to modern states adopting coercive measures to ensure different identities conform to the overarching narrative that state promulgates.

This is exactly what China is doing in the interment or ‘re-education’ camps it has initiated for the ethnic Uyghur community in its western Xinjiang region. Although shrouded in mystery, the internment camps have a very clear aim of re-shaping individual and personal thought amongst the Uyghur community.

These camps thus seek to re-build the Uyghur community in a way that aligns more closely to the ideals that have come to define the Chinese nation. The camps are thus teaching members of the community the proper dialect of language, cultural norms and etiquette in a bid to both make them more docile and more Chinese.

This moulding of both private thought and personal behaviour is in fact necessary to compel the restive community to align itself with the state’s larger political, cultural and economic framework. Thus, camp authorities are promulgating policies that portray the community’s religion -- Islam -- as anti-Chinese and radical in a bid to both curb secessionist movements in the region and to redefine the community.

The Uyghur community’s re-education, therefore, must be looked at in a larger context of the modern nation system and the exclusive strand of nationalism it often espouses. This exclusion, Pankaj Mishra argues in his book Age of Anger, emerged during the enlightenment (when the modern, capitalist nation state began to surface) and has its roots in how the forces of modernity and capitalism brought different identity movements into conflict with the singular state these forces developed.

Both modernity and capitalism envisioned a centralised state with control over trade, finance and violence, and this centralisation or monopolisation naturally required a certain degree of coercion that pitted various groups against one another. This coercion would allow the state to dominate legislatively, judicially, politically and economically, thus giving shape to the modern centralised political structure.

Essential to this centralising project was the control over culture, identity, religion and language. This is in fact exactly why authorities in Xinjiang are promoting certain cultural practices and denigrating others. A unified culture and language are, as Benedict Anderson argued in Imagined Communities, essential to the unity and to the coherence of the state. Any divergence from this unity, in turn, could be met with suppression.

There are two further ominous elements to this myopic brand of nationalism: the control over individual thought and over the physical body of the citizen. The control over thought emerges through cultural and intellectual programmes such as re-writing history or re-creating narratives, as the Narendra Modi government is currently doing in India.

This dominance over thought promulgates false ideas such as India always being a ‘Hindu’ nation, and thus depicts Muslims as outsiders and ‘others’ in India. This subsequently leads to violence and resentment against Muslims who are blamed for the country’s problems and are hence victimised further. This demonisation of minorities is also very common in the West, with minorities and foreign immigrants wrongly blamed for the failures of capitalism in the United States and in the United Kingdom.

Control over the physical body, on the other hand, emerges through extensive state surveillance which forces individuals to conform not only on a thought level, but physically as well. America’s example once again serves to prove this point, where mass surveillance of Muslims, Latinos and African Americans has led to a sense of fear and to a lack of agency amongst these targeted communities.

These communities are thus once again forced to comport themselves in ways that align with American nationalism, and any action seen as too ‘Muslim’ -- such as wearing a hijab in public -- or too ‘Black’ can lead to intimidation and to physical violence.

It thus becomes absolutely essential that we imagine national communities and states in a way that promotes harmony and inclusiveness. Pakistan too must be weary of peddling a single, monolithic identity, and should instead embrace and develop the cultural and ethnic identity it is blessed with. That is the only way to avoid the pitfalls of modern day nationalism.

The failure of nationalism