The merger of Fata with KP has changed the way the Governor House in Peshawar operated and soon it would be run like the governor houses in Lahore, Karachi and Quetta 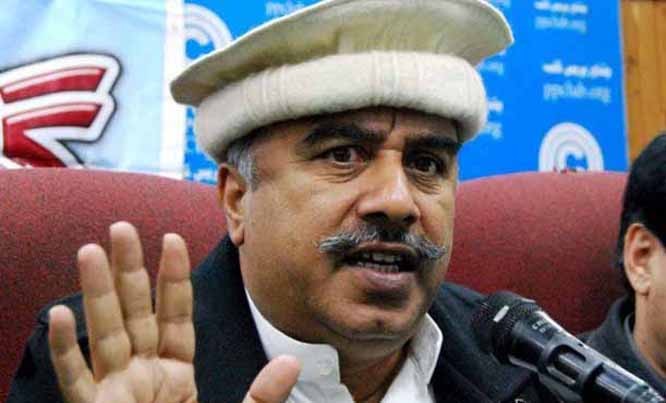 Until almost mid-2018, the governor of Khyber Pakhtunkhwa (KP) used to be the most powerful among the governors of Pakistan’s four provinces.

The governors of Punjab, Sindh and Balochistan were largely holding ceremonial positions and often struggling to find something useful to do because they lacked real powers.

This changed on May 24, 2018 when the Parliament passed the 25th Constitutional Amendment to merge Federally Administered Tribal Areas (Fata) with KP. The Frontier Crimes Regulation (FCR) imposed by the British colonialists was scrapped after 117 long years. The governor of KP was no longer the chief executive of Fata as the agent of the President of Pakistan, who too lost his absolute powers concerning the tribal areas. In his place, the chief minister of KP was now the chief executive of both the province and Fata that had merged with it.

When Pakistan Tehreek-e-Insaf (PTI) leader Shah Farman took oath as the 32nd Governor of KP on September 5, 2018, he was the least powerful among his predecessors.

The previous governor, Iqbal Zafar Jhagra, a senior leader of the Pakistan Muslim League-Nawaz (PML-N), was therefore the last occupant of the sprawling Governor’s House in Peshawar to wield real power.

Now all governors in Pakistan have insignificant powers despite having a big title and high status. Also, all of them like the previous governors in recent years are affiliated to the ruling political party. The PTI has been able to accommodate its senior leaders as the president of Pakistan and as governors. Their loyalty is to Prime Minister Imran Khan and the PTI as was the case with the past political appointees who were given these prized jobs by the PPP and the PML-N. In an ideal situation, the president and governors should have been neutral persons of high repute and integrity having achieved fame in different walks of life.

Governor Shah Farman was a surprise choice much like Mahmood Khan, the KP chief minister, Usman Buzdar, the chief minister of Punjab and even Imran Ismail, the governor of Sindh. Prime Minister Imran Khan made the selections and he has a way of doing things and also springing a surprise.

While Shah Farman was aware of the governor’s diminished powers when the Prime Minister announced his appointment on August 16, 2014 and has gradually adjusted to work in his largely ceremonial job, Chief Minister Mahmood Khan still seems unsure that he is now the boss of all of KP, including the erstwhile Fata that was earlier the domain of the governor. As Shah Farman is much senior in the PTI than Mahmood Khan, who joined the party in 2012, the latter out of respect for him may take his time to start using powers previously held by the governor.

Shah Farman, hailing from Badaber area in rural Peshawar, has always been a street-smart politician. Twirling his famous moustache, he was often seen animatedly defending the PTI in TV talks shows. He has remained loyal to Imran Khan, was a senior provincial office-bearer of the PTI and served as minister of public health engineering and information in the KP cabinet. He twice won seat in the provincial assembly from Peshawar district in the 2013 and 2018 general election.

Now all governors in Pakistan have insignificant powers despite having a big title and high status. Also, all of them like the previous governors in recent years are affiliated to the ruling political party.

However, his younger brother Zulfiqar Khan lost the KP Assembly seat, PK-70, vacated by Shah Farman after becoming the governor to PTI dissident Salahuddin Momand, who contested on the ANP ticket. It was an embarrassing defeat for Shah Farman’s family. It was also a rebuke by voters to the PTI for practising nepotism by awarding ticket for contesting the by-election to the governor’s brother. Stung by the loss and confronted with severe criticism, Shah Farman announced that he will never again seek party ticket for his family members for contesting elections. Other PTI leaders who also secured party tickets for their kith and kin to contest seats vacated by them made no such commitment as their nominees won the by-elections. It is another matter that this practice put into question Imran Khan’s claim that he will follow merit and ensure that there is no favouritism and nepotism in awarding party tickets for elections.

Shah Farman knows his appointment as governor didn’t go well with many people. His detractors questioned his qualification and temperament for the job. Now is his chance to prove them wrong. He is striving to show that he can handle the responsibility, particularly in the transition period when the governor has packed up his Fata Secretariat and merged it with KP’s Civil Secretariat and handed over almost all his powers to the chief minister.

Though Shah Farman has continued to live in the palatial governor’s mansion, he has pledged to reduce its expenses. Rather belatedly, he opened the Governor’s House to the public, starting with female college and university students.

As head of the 11-member Task Force for Merger set up by the Prime Minister on September 6 last year, Governor Shah Farman has been tasked to complete Fata’s merger with KP. He recently claimed 95 percent merger work has been done, qualifying it with the explanation that legal issues have been settled and administrative measures were underway because extension of judicial and police system to the newly merged tribal districts was time-consuming. He insisted that the merger work was supposed to be completed in five years, but it has nearly been done in five months.

The governor is proud of his decision to give up his discretionary funds amounting to Rs130 million. This money was in the past mostly distributed by the governor among tribal elders from ex-Fata paying him a visit. In a way, there would be no need for the governor to pay the tribal elders as they would now be meeting the chief minister for solution of their problems.

The merger of Fata with KP has changed the way the Governor House in Peshawar operated and it would not be long before it too would be run like the governor houses in Lahore, Karachi and Quetta. Like the governor, the once mighty political agents posted in the erstwhile seven tribal agencies too have lost authority after being designated as deputy commissioners of the newly merged districts.

When KP was known as NWFP, some of its governors were men of power and fame. Among them were British era governors George Cunningham, George Roos-Keppel and the scholar Olaf Caroe. After independence, Khwaja Shahabuddin, Hayat Mohammad Khan Sherpao, Arbab Sikandar Khan Khalil, Aslam Khattak, Maj Gen Naseerullah Babar, Lt Gen Fazle Haq, Lt Gen Iftikhar Hussain Shah and Lt Gen Ali Mohammad Jan Orakzai were some of the prominent and strong governors. Beginning with Shah Farman, the KP governors no longer wield powers that once made them formidable.