How UK plundered the subcontinent 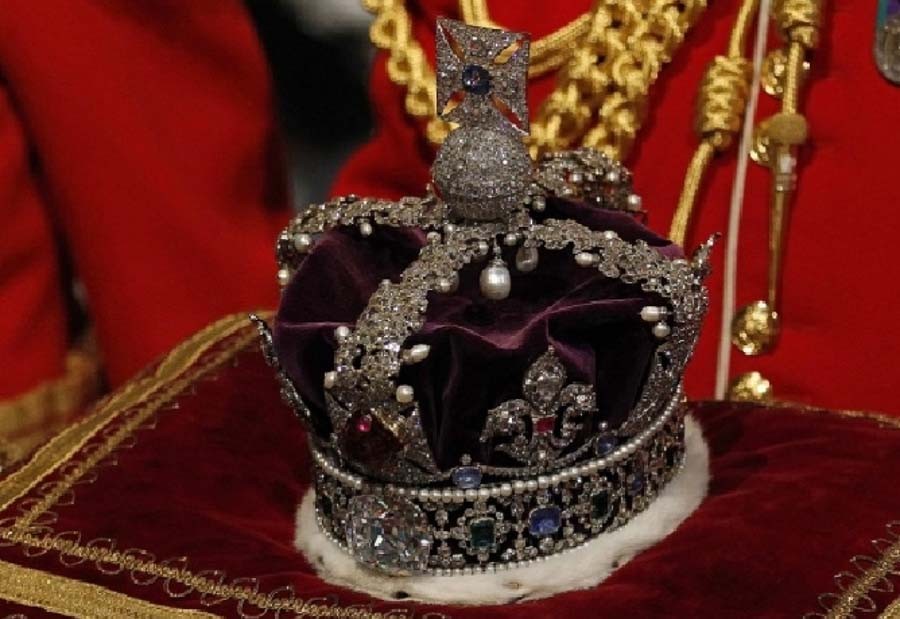 Before British colonisation, India was reputed to be the ‘goose that laid golden eggs’. An overwhelming majority of its population lived in villages, which were self-contained and self-sufficient economic units managed by a chieftain and council of elders. The chief and the council looked after the day-to-day affairs, security, peace, justice, agriculture, irrigation, land revenue collection, etcetera, in their village.

In addition to normal agricultural practices, livestock rearing and poultry breeding, the rural folk remained engaged in thread-making, cloth-weaving, cloth dyeing as well as producing jaggery, butter oil, dried vegetables, vegetable oil, kiln bricks, agricultural implements and bullock carts for commuting and transportation of goods. Peaceful environment, coupled with value addition throughout the length and breadth of India, contributed to its economic growth, development and affluence, earning for the region the title of "Soney ki Chirya". In short, equipped with necessary infrastructure and mini-enterprises, manned by skilled workers, each village had the potential to develop into an industrial town.

Eager to tighten up grip on their colony and increase State revenues phenomenally, the British adopted policies that stunted the growth and development of this region, in particular the rural areas where an overwhelming majority of the Indian people lived. For instance, to facilitate hassle-free revenue collection and to suppress the natives, the colonial government turned the hitherto land revenue collectors into owners of agricultural land under their control, and allotted big chunks of agricultural land confiscated from the natives to their local cronies, sycophants or agents, thus creating a loyal elite class eager to win favours from their new masters by carrying out assigned tasks.

Furthermore, the colonial administration started shipping local products in semi-finished form and agricultural produce in raw form to England for use by the newly-established factories there. Not only this, the British imposed heavy duties on the locally produced cloth and artefacts so that the machine-made goods imported from England remained cheaper than the hand-made local products and thus find a congenial market and hordes of buyers.

The policies of the colonial overlords adversely impacted the local enterprises, resulting in widespread unemployment and poverty on the one hand and on the other creating a class of wealthy "jagirdars" loyal to the Crown.

The policies of the colonial overlords adversely impacted the local enterprises, resulting in widespread unemployment and poverty on the one hand and on the other creating a class of wealthy "jagirdars" loyal to the Crown and ever-willing to support the British in their pursuit for perpetuating hold on power.

Furthermore, in 1847, when the Britain brought India under its direct control, the colonial masters introduced a special ‘tax and buy system’ that enabled them to steal $45 trillion of India’s earnings over the next one hundred years (1847-1947), points out Aljazeera in a commentary by Jason Hickel.

With termination of the East India Company’s monopoly, Indian producers were allowed to export their goods directly to other countries. But, Britain made sure that the payments for those goods landed in London by making it mandatory for anyone who wanted to buy goods from India to use special Council Bills - a unique paper currency issued only by the British Crown. The only way to get those Bills was to buy them from London with gold or silver. While the traders would pay London in gold to get the Bills and then use them to pay Indian producers, the Indians were paid in rupees against those Bills out of the tax revenues collected from the natives. In this manner, the Indians were defrauded once again, and London ended up with all the gold and silver that should have normally gone directly to the Indians in exchange for their exports.

While India was running an impressive trade surplus globally, it was shown as a deficit in the national accounts because the real income from India’s exports was appropriated in its entirety by Britain. Some people cite this fictional ‘deficit’ as evidence that India was a liability to Britain, but exactly the opposite is true.

Meanwhile, the ‘deficit’ meant that India had no option but to borrow from Britain to finance its imports. Thus, India and its population was entrapped into a perpetual unnecessary debt by their colonial masters, further strengthening British control over the "Jewel in the British Crown" - India.

Britain used the bonanza from this fraudulent system to fund China’s invasion in the 1840s and the suppression of the Indian Rebellion in 1857. On top of this, the Crown took directly from the Indian taxpayers to pay for its wars. In her book How Britain stole $45 trillion from India, Patnaik says, "the cost of all wars of conquest by Britain outside Indian borders were charged always wholly or mainly to Indian revenues." Furthermore, Britain used this flow of tribute from India to finance the expansion of capitalism in Europe and regions of European settlement, like Canada and Australia, and also the industrialisation of Britain and much of the Western world.

At $44.6 trillion, Patnaik says, this figure is conservative and excludes the debts that Britain imposed on India during the Raj. If India had been able to invest its own tax revenues and foreign exchange earnings in development - as Japan did - there’s no telling how history might have turned out differently. The subcontinent could very well have become an economic powerhouse. And centuries of poverty and suffering could have been prevented.

Logically, after Independence, both Pakistan and India should have made efforts to retrieve the funds stolen by Britain through talks or the courts of law. But, the Britain partitioned the subcontinent in a way that the succeeding states - India and Pakistan - have remained pitched against each other on one issue or the other over the last 70 years, leaving little time with their leaders to ponder over the crucial issue.

It is time that instead of jingoism, both India and Pakistan sit together and work out a joint strategy to claim undivided India’s legitimate earnings that were stolen by Britain during its rule over the subcontinent. Let us see when the leaders of the subcontinent mature into statesmen and decide to take up this issue jointly and, on success, share the retrieved funds justly and use the money thus obtained to wage war against hunger, disease, illiteracy and extremism.

The writer is a freelance columnist based at Islamabad: [email protected]

How UK plundered the subcontinent