On the economic front, Pakistan is facing a lack of political will to become a self-reliant economy 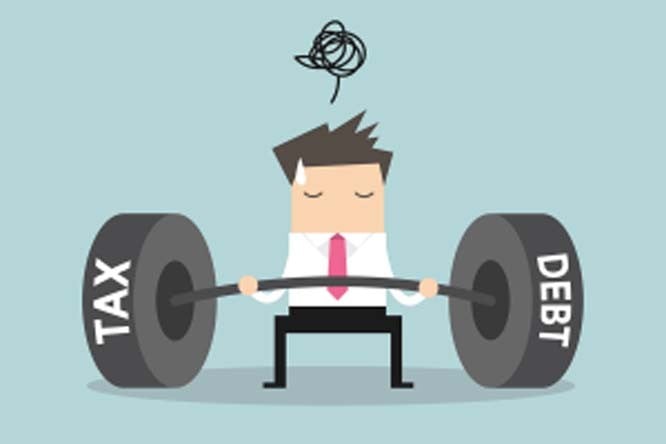 The perpetual failure to tap the actual tax potential, which is not less than Rs8 trillion, has forced the successive governments to rely more and more on external and internal borrowings, pushing the country into a ‘debt prison’. The government of Pakistan Tahreek-i-Insaf (PTI), contrary to all tall claims and election promises to get rid of debts, in a short span of three months has not only borrowed heavily but also secured costly funds. The State Bank of Pakistan (SBP) in a recent report has revealed that the government borrowing has increased five times to Rs1.43 trillion in July-December 2018 compared to Rs288.09 billion in the same period of the last year.

According to a report, The Finance Ministry, after rejecting Rs94 billion in long-term loan offer at a relatively lower price, borrowed Rs8.6 billion for 10 years at a high interest rate of 13.12 percent, which is one of the highest returns in recent years. The cost that the government will pay is 2.8 percent higher than the treasury bills rates. "From July 2018 to November 2018, the federal government on an average added Rs15 billion a day to its debt that included almost three and a half months of PTI government. Resultantly, Pakistan’s debt has increased by Rs2.24 trillion in just five months--due to shortfall in revenues and steep currency depreciation," the report adds.

"The external debt has increased 17 percent to Rs9.12 trillion in the first five months of FY 2018-19. There was a net increase of Rs1.33 trillion in the external debt due to 15.4 percent depreciation of the currency from July through November 2018. In June 2018, the value of a dollar was equal to Rs121.54 which reached Rs140.268 by November 30," according to the SBP. "These figures do not include loans of Rs810 billion taken from the International Monetary Fund (IMF) and loans of $3 billion acquired from China, which are the responsibility of the SBP. It was also not clear whether the SBP has added $1 billion in Saudi loan to the federal government debt which was received in November 2018," according to the report.

The IMF in March 2018 assessed Pakistan’s gross external financing needs at a record $27 billion and warned that arranging the financing at favourable rates "will now be a challenge due to risks to the country’s debt sustainability" but our financial managers ignored it. In its post-programme monitoring report, the IMF also forecast that due to additional borrowings, Pakistan’s external debt would jump to $103.4 billion by June 2019.

The 3.5 percent growth achieved by FBR in the first six months of 2018-19 is far below the nominal economic growth of over 11 percent, indicating huge revenue leakages. This has raised serious questions about the ability of PTI government to restructure tax system for enhancing revenue collection to substantially decrease the country’s debt burden. Finance Minister Asad Umar intends to announce yet another mini-budget during January 2019, but he has still not unveiled how he wants to promote economic growth that will yield more taxes. Taxes are byproduct of economic growth and he should save economy from stagflation rather than imposing new oppressive taxes.

The persistence of large fiscal and current account deficits, among other reasons, is one of the primary causes for the rising indebtedness and the major source of macro-economic imbalances over the last many decades. On the economic front, Pakistan is facing a tough dilemma: lack of political will to become a self-reliant economy. Our existing economic policy is the root cause of all ills. It is not at all aimed at growth and employment generation. Rather, it is focused to collect revenues through oppressive taxation. Pakistan may remain viable to pay off its debts by further borrowing and collecting taxes, but can never become a self-reliant economy. The unfair taxation system that we have is the biggest impediment in the way of economic development and industrial growth.

Our debt burden is increasing monstrously, fiscal deficit and debt servicing are on the rise and beyond control, inflation is crushing the poor, taxes are evaded and avoided by the rich and whatsoever is collected is wasted by those who matter in the land. What a tragedy that the rich and mighty not only evade taxes but also thrive at taxpayers’ expense. They are the beneficiaries of all the State’s resources--generated mainly by the suppressed landless tillers and diligent industrial workers. Pakistan is not a poor country--the State’s kitty is empty because of unwillingness of the rich to pay taxes, colossal wastage of taxpayers’ money on unproductive expenses and non-exploitation of vital natural and human resources.

The absentee landlords (they also include mighty generals who have been allotted State lands under one pretext or the other during the last many decades) have been resisting proper personal taxation on their enormous income and wealth. An unholy anti-people alliance of trio of indomitable civil-military bureaucrats, corrupt and inefficient politicians and greedy businessmen--controlling and enjoying at least 90 percent the State resources--contribute less than 2 percent towards national revenue collection. In the face of this grim reality can we get rid of debt slavery?

The existing exploitative, rotten, regressive, ill-directed and unfair tax system is rapidly widening the existing divide between the rich and the poor. The sole stress on regressive indirect taxes [even under the garb of direct taxation through presumptive tax regime on goods and services] without evaluating its impact on the economy and lives of poor masses and lack of political will to tax the rich and the mighty, remains our dilemma--not scarcity of resources or narrow tax base as wrongly portrayed by official quarters.

We can easily generate revenues (taxes and non-taxes) of Rs10 trillion and beyond--see the paper, Towards Flat, Low-rate, Broad and Predictable Taxes (PRIME Institute, April 2016). Collecting funds is not difficult, but the real issue is its utilisation. The major spending should be for the less-privileged, empowering them and not giving them charities out of income support funds. The dire need in today’s Pakistan is rapid industrialisation, especially promoting agro-based units to provide employments to rural population for fair distribution of resources to reduce inequalities.

The existing tax system protects exploitative elements that have monopoly over economic resources. Even under the PTI government there appears no political will to tax the privileged classes. The common poor are paying an exorbitant sales tax of 17 percent (in fact 40 percent to 70 percent on many raw materials and finished imported goods after customs and regulatory duties, mandatory value addition and income tax at source) on essential commodities but the mighty sections of society such as big industrialists, landed classes, judges, generals and bureaucrats are paying none or meagre taxes on their colossal incomes/assets as they have numerous waivers and exemptions.

For social justice and pro-people economic development, the government, through tax policies, must discourage certain activities, which are considered undesirable -- for example, excessive taxation of tobacco, aerated drinks, liquor (remove prohibition which is just an eye-wash making the commodity freely available everywhere; it will generate revenue of billions of rupees) and special excise duties on luxury and semi-luxury goods.

For achieving the cherished goal of establishing an egalitarian State, a political leadership is needed that can tax the privileged classes. They are the culprits who do not pay personal taxes on their immense incomes and are beneficiaries of huge loan write-offs. They are guilty of plundering and wasting public money. The State has become so callous that the people living under the poverty line are subjected to sales tax on sugar and salt but people who have wealth of billions of rupees are leading tax-free lives.

People are dying of hunger, abandoning and selling their children, but State functionaries are wasting billions on their "security", personal comfort, lunches, dinners and foreign visits. So, the issue of resource mobilisation must be analysed from all-encompassing perspective -- it is not an isolated phenomenon as projected by the so-called experts nominated by the government in advisory committees or by IMF or the World Bank.