With low financial allocations for human development initiatives along with shrinking space for development programmes, poverty is hitting hard on the less privileged in Pakistan 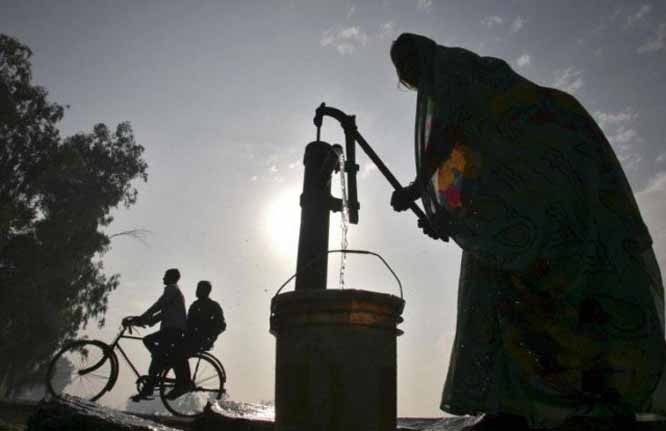 Pakistan has been the embodiment of the phrase, ‘growth without development’ owing to its low human-development ranking, as compared to countries with a similar level of GDP growth rate and per capita income. This ‘social gap’ primarily exists not because of any lack of resources, but due to poor prioritisation of the allocated resources. There has been a lack of consistent linkages between economic growth and poverty reduction.

A number of factors contribute to the persistent social gap in the country including low financial allocations, governance issues and political instability. According to an estimate by economist William Easterly, the amount of GDP spent on defence by Pakistan is around 3.3 percent more than that spent by other countries with similar economic conditions.

Interestingly, this is the same amount Pakistan underspends on human development, especially on health and education.

Social inclusion is the process of improving the terms on which individuals and groups take part in society -- improving the ability, opportunity and dignity of those disadvantaged on the basis of their identity. There is no single formula to measure social inclusion -- a multifaceted and multidimensional concept with different connotations for various parts of the world -- in terms of varying degrees of poverty and exclusion.

It is difficult to measure social inclusion because it covers both subjective and objective indicators, with evidence for former but only perceptions for the latter. Moreover, there may be multiple layers of exclusion based on ethnicity, race, religion, sexual orientation/inclination, physical wellbeing, location, migrant status, disability status, employment status and gender. All these multiple layers of exclusion have a varying degree of impact on different individuals and societies.

Non-availability of evidence-based data is a major hindrance in measuring and assessing social inclusion. Another key issue is the absence of an amalgamated index which can cover all aspects of social inclusion. Human development is widely covered by United Nations Development Programme (UNDP)’s Human Development (HDI) Index which is a composite measure encompassing longevity, knowledge and standard of living. But, on the other hand, economic development is usually covered by GDP per capita which is not a sufficient measure when dealing with the poorest quintile. Women empowerment is another convoluted concept to measure, with little reliable data available, especially from developing countries.

It has been recommended to measure social inclusion through three dimensions:

There may be multiple layers of social exclusion based on ethnicity, race, religion, sexual orientation/inclination, physical wellbeing, location, migrant status, disability status, employment status and gender. All these multiple layers of exclusion have a varying degree of impact on different individuals and societies.

* Human Development: by looking at education, health and income above the poverty line.

* Women Empowerment: which is measured through girls’ education, assets ownership, and decision making/bargaining power.
The above-mentioned variables are not conclusive but they do cover a comprehensively wide range of indicators relevant for social inclusion. Since social inclusion is a multidimensional phenomenon, it requires a multi-method approach to understand and measure it. There is ample evidence from research-based studies around the world to prove that social protection plays a significant role in improving social inclusion.

Pakistan ranks 147 out of 188 countries on UNDP’s Human Development Index with an HDI value of 0.550. Labour force participation ratio is 48.2 percent in the country with more than half of the population being unemployed. In addition to low labour force participation, there are a number of associated issues. Pakistan has a minimum wage rate of Rs14,000 per month which has a weak implementation, due to poor enactment of labour laws. The gender wage gap is alarmingly high in both the formal and informal sectors.

Pakistan has one of the lowest spendings on social protection, not only in the world but within the South Asian region also. Pakistan spends 0.6 percent of its GDP on social protection compared to India’s 1.5 percent, Nepal’s 1.3 percent and Bangladesh’s 0.7 percent spending. Outreach of social protection programmes is very low in Pakistan, with the coverage reaching out to 21.2 percent of households in rural areas and 10.4 percent in urban areas.

Pakistan, as a signatory to all major United Nations’ (UN) human rights conventions, is bound to provide social protection to its citizens. The concept is also embedded in Article 38(a) and (e) of the constitution of Pakistan:

"The State shall secure … the well-being of the people, … by raising their standard of living… provide for all citizens, within the available resources of the country, facilities for work and adequate livelihood with reasonable rest and leisure, … provide social security by compulsory social insurance or other means, … provide basic necessities of life such as food, clothing, housing, education and medical relief, for all such citizens, irrespective of sex, creed, caste, or race, as are permanently or temporarily unable to earn their livelihood on account of infirmity, sickness or unemployment; reduce disparity in the income and earnings of individuals."

However, as discussed earlier, human development, social protection, and social security have not received due prioritisation by the public sector. Public sector social protection systems in the form of zakat and ushr have always been present in the society but being informal and irregular, it is almost impossible to map its impact. Government’s zakat and Bait-ul-Maal are tax-financed social transfers for the poorest quantile of the society. The zakat programme (introduced in the 1980s) is financed by a compulsory deduction of 2.5 percent at source from all authorised bank accounts in the country on the first of Ramzan every year, barring certain exemptions.

Bait-ul-Maal is another formal autonomous body established in 1992 to provide cash transfers to the poor irrespective of any religious categorisation. The organisation has a number of initiatives including orphanages, cash transfers, special schools and training centres. However, excessive bureaucratic mechanisms, scarcity of funds and a lack of accountability hamper any substantial impact of transfers on eliminating poverty or reducing vulnerability. There are patterns of inclusion and exclusion in the programmes on the basis of eligibility for cash transfers, selection processes, and distribution procedures.

Benazir Income Support Programme (BISP) is the largest social protection programme in the country, established in 2008 as a commemorative initiative for Benazir Bhutto. BISP’s core initiative is unconditional cash transfers, which is complemented by conditional cash transfers for education (Waseela-e-Taleem), vocational and technical training (Waseela-e-Rozgar), micro-finance (Waseela-e-Haq), health and life insurance (Waseela-e-Sehat). It started off with distribution through parliamentarians in the first phase, but targeting has transformed with time. The second phase made use of a Proxy Means Test based poverty survey. Phase three, launched in 2016, is based on the National Socio-Economic Registry.

At the moment, there are 5,713,110 active beneficiaries of BISP in a country of 193 million. The Government of Pakistan in the main donor of the programme, with additional funding from DFID, ADB, USAID and the World Bank.

According to the impact evaluation surveys of BISP (2011, 2013, 2014, 2016), the percentage of the multidimensional poor fell from 70 percent to 51 percent in five years. The most prominent decline is in the category of the ultra poor which has reduced to 23 percent from 35 percent. Earlier the transfers used to be sent through postal services but now debit cards are given to beneficiaries. In 2016, 22 percent of beneficiaries reported paying some fee to middlemen to receive their cash transfer. If transfer comes through postal service then postman takes a share from cash transfers. In case of a debit card, any bank guard or middleman who helps in using cash machines takes a share. This is in addition to the structural issues of inclusion and exclusion.

In order to improve girls’ enrolment in schools and reduce their dropout rates, the government of Punjab launched the Education Reform Programme in 2003. Female School Stipend is part of the programme. A cash transfer of approximately USD2 per student per month is made on a quarterly basis on the condition of 80 percent attendance. The programme has reportedly been successful in increasing enrolments by 11 to 32 percent and decreasing dropouts by 25 percent.

With low financial allocations for human development initiatives along with shrinking space for development programmes/projects, the multidimensional nature of poverty is hitting hard on the less privileged. The government needs to prioritise social protection programmes to ensure the social inclusion of the vulnerable and marginalised population of society. Social protection programmes, when implemented with robust accountability mechanisms, can break the shackles of multiple layers of exclusion and move towards an inclusive and resilient society.