In his autobiography, Dr Manzur Ejaz raises a number of questions about the history of political struggle in Pakistan 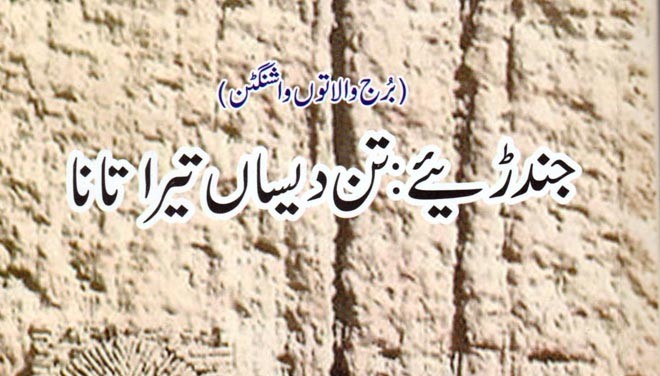 The history of political struggle in Pakistan has never been documented properly. This is a shortcoming that strengthens the narrative against political workers, leadership and political parties largely. But things are changing as, over the last decade, we have witnessed countless articles, books and social media posts from senior political workers in which they have shared their stories.

The flux of this new literature will help future historians of Pakistan understand our political past and its strengths. It will contribute to the people’s history of Pakistan in many ways.

Dr Manzur Ejaz, a political worker, Punjabi activist, socialist, writer, columnist and intellectual has written his autobiography which is an addition, not only to the literature of the Left but also to people’s history of Pakistan. Born in 1947 in a village called Birjwala, 13 miles from Sahiwal (the then Montgomery district), he developed problems in one of his legs early in his childhood, due to polio but the disease failed to deter Ejaz’s courage and commitment.

From the mid-1960s till 1978, he remained active on many cultural and political fronts and enjoyed a close relationship with major Marxist intellectuals of Lahore, including Professor Aziz ul Haq, Professor Azizuddin and Najm Hosain Syed, among others. As a young and vibrant political worker and student activist, he witnessed the anti-Ayub movement, the rise of Zulfikar Ali Bhutto and his Pakistan People’s Party (PPP), mushroom growth of leftist groups, fascinating Bahshani, the anti-socialist period of General Yahya and the Bhutto era.

During the post-1965 war period, the rightist-religious lobby got ample support from the state, due to their anti-India mantra. He mentions Gen Yahya’s era as the worst for left-liberal intellectuals in Pakistan. No doubt it was Bhutto and some leftist groups who jointly took the challenge and confronted the State, but after Bhutto came into power, they failed to continue the alliance and the rest, as they say, is history. Hence, both as a state and society we gradually started drifting towards extremism. Ejaz writes in his book: "downfall of the left in Pakistan had started much before Zia’s martial law.’’

Interestingly, current times are quite similar to the late 1960s in many ways. Some groups within the State are trying to control everything, from NGOs to political parties to businesses to administration, even media, but there is meaningful resistance too. Just like the late 1960s, there has been a shift of power internationally as well.

Ejaz went to the USA in 1978 but remained loyal to democracy and promotion of Punjabi as a language. In the US, he initially did odd jobs but with the help of friends like Zulfiqar Gilani and Shafqat Ali Khan, he not only managed to get established economically but also joined an anti-Zia group: "Committee for Democracy and Justice’’. He mentions Professor Eqbal Ahmad and Feroz Ahmad extensively in the book but avoids commenting on their role in the dissolution of Major Ishaq Muhammed’s ‘Mazdoor Kisan Party’. Ejaz, along with his friends, established the Academy of Punjab in North America (www.apnaorg.com) along with Wichaar (www.wichaar.com), two websites which published a number of books, earning him immense respect among people.

It is not easy to summarise 50 years of struggle in just 200 odd pages, yet it is important for him and his contemporaries to keep writing about it. One can challenge Ejaz’s narrative but then that is true for all intellectuals, both on the Left and on the Right.

Interestingly, current times are quite similar to the late 1960s in many ways. Some groups within the State are trying to control everything, from NGOs to political parties to businesses to administration, right down to media, but there is meaningful resistance too. Just like the late 1960s, there has been a shift of power internationally as well. But until we have a complete understanding of the events of the 1960s and 1970s, it is hard to comprehend their impact as well. As a student of economics, Ejaz tries his best to address the socio-economic shift in Pakistan. The timing of the book is quite relevant, keeping in view the current economic situation in Pakistan.

Today, ideological politics is an endangered species in Pakistan; the prime reason being the absence of serious dialogue and a desire to control things. Money and power will always be a part of society, however, what really matters is the reaction of the civil society to it.