Not just a whiff

Despite a high usage of drugs in the country, especially among the young generation, its consumption is considered a taboo, and so is its rehabilitation 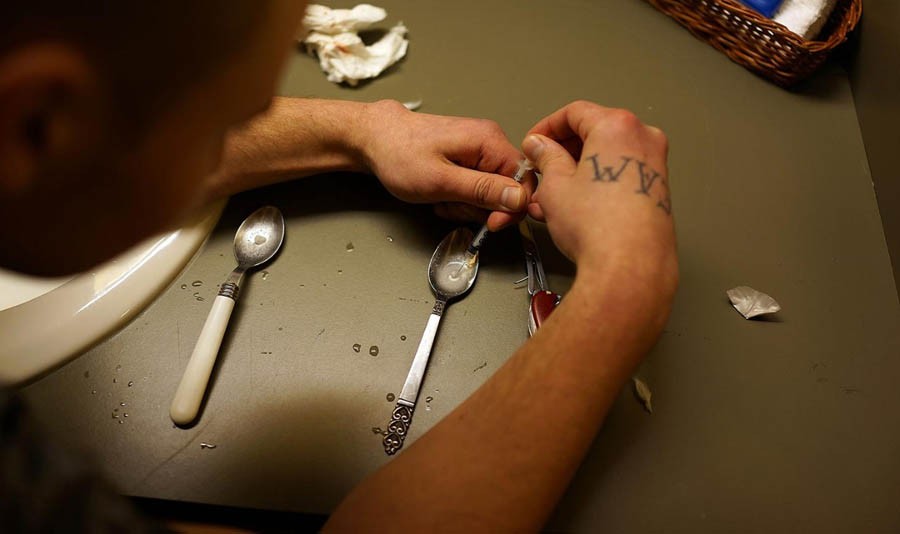 A young, well-educated couple brings to mind the image of a hardworking, middle-income family working together towards prosperity. Such a couple would not be expected to one day be found on the streets involved in petty crimes. This recently happened in Karachi, and the cause behind the couple’s drastic economic and social decline was drug abuse.

Quitting jobs and abandoning their toddler with a guardian, the couple succumbed to stealing car batteries and accessories to survive on a meagre supply of food and drugs. They were arrested for the crimes they committed and sent to a rehabilitation centre.

Drug users seek a rush of euphoria, numbness, feeling an intense amount of pleasure or confidence. In other words, they seek an experience of getting ‘high’ to escape the harsh realities of life. But the journey is perilous, and in Pakistan, it is taking a toll.

The total number of drug addicts in the country as per a United Nation’s (UN) report is 8.9 million. The number of these addicts is increasing at the rate of 40,000 per year, with nearly 700 addicts dying every day, making Pakistan one of the most drug-affected countries in the world.

Disturbingly, most of the drug addicts are under the age of 24. According to one survey, 1 in every 10 students of higher educational institutes in Islamabad and Lahore is addicted to drugs.

The modern-day drug culture is popular in ‘elite’ educational institutions of Karachi, Lahore and Islamabad, shares Saba*, a young graduate working in a daily publication of Lahore. "In these schools and colleges, even with cameras installed, there is no fear. Support staff is bribed to keep the matter under wraps. In some cases, even teachers pass on the habit to their students as a means of relieving stress," she adds.

Minister of State for Interior Shehryar Khan Afridi recently revealed that as many as 75 percent female students and 45 percent male students in Islamabad are addicted to stimulating drugs, including ice and crystal meth.

Although the use of hash and cocaine has been common among young and middle-aged well-to-do people, ice is a more recent phenomenon, mainly because of its affordable price and a more stimulating high. The purchase of drugs is usually through dealers or ‘agents’ a phone call away. Students are also a source for acquiring drugs, and "those going abroad bring back new varieties," says a Lahore-based, fortysomething male professional who occasionally dabbles in drugs. "They [students] even have their own crystal meth labs. The method is all available on YouTube."

Beyond the confines of elite institutions and organisations, where consumers possess relative purchasing power, lies the surreal world of drug-induced ecstasy and misery on the streets of Karachi, Lahore and Islamabad, where children as young as aged seven can fall into the trap set by wicked drug peddlers. Azad Foundation, a Karachi-based NGO working to get children off the streets, found almost 56 percent of street children smoke hashish, cannabis and heroin which mostly come from Afghanistan, the country responsible for at least 75 percent of the world’s heroin. It is estimated up to 44 tonnes of processed heroin are consumed annually in Pakistan.

Disturbingly, most of the drug addicts are under the age of 24. According to one survey, 1 in every 10 students of higher educational institutes in Islamabad and Lahore is addicted to drugs.

"It starts with a smoke" is the general consensus. Professor Dr Muhammad Ashraf Chaudhry, Head of Community Medicine at CMH Lahore Medical College, while talking to The News on the International Day against Drug Abuse and Illicit Trafficking, said researches have proved that people who start smoking cigarettes or drink alcohol at a young age are much more likely to experiment with illegal drugs than people who do not smoke or drink. "Academic pressures in schools, parents expectations and consequently depression force students to start drugs," he is quoted to have said.

Despite a high usage of drugs in the country, its consumption is considered a taboo, and so is its rehabilitation. "Usually the family does want help. But they don’t want to talk about the professional help they may be seeking," says Daheem Din, a Lahore-based family therapist. "People don’t see it as a symptom of a bigger problem."

Rehabilitation centres, already limited, are no better than torture centres. A rehab centre situated in a central locality of Lahore is said to treat addicts by locking them up in cubicles, providing only daily meals. They do not seem to employ a holistic approach necessary to free both the mind and body of an addict from the debilitating effects of drugs.

"Recovery includes not only the physical detox but treating the psychological and emotional trauma that may have roots in childhood," elaborates Daheem Din.

Last year, the National Assembly received two bills mandating drug tests for school and college students in the capital. However, both these bills -- Compulsory Drug Test of Students Act 2018 and The Prevention of Drugs in Educational Institutions Act 2018 -- lapsed when the assembly dissolved on May 31, 2018. There has been no progress since on the issue.

If the legislation had passed, it would have helped create awareness and deal with an alarming increase in drug usage among students. The bill for prevention of drugs, in particular, would have helded educational institutions responsible for conducting unannounced tests at least once a year. Institutions that failed to administer tests or to bar students on drugs from sitting for their exams would have been penalised.

Surveys reveal certain ‘risk factors’, such as failure in school, bullying, low self-esteem, depression, increase a child’s drug use. Symptoms include a wide range of physical changes like emaciation, loss of appetite, difficulty in breathing and fatigue and slurred speech. They may also show behavioural trends of long absences from school or work, monetary demands, isolation, no interest in everyday life, neglected of personal hygiene and marks of physical abuse on the body.

But parents and teachers fail to identify symptoms early on. The role of the educational institutions in particular is hardly supportive. "Institutions simply expel drug abusers. They are not equipped to offer counselling or rehabilitation," says Saba.

During the 1960s and 70s, substance use was romanticised within the Hippie culture. Sporting long hair, polka-dotted or striped or fluorescent clothes, the gypsies swayed their hips and puffed psychedelic smoke to music, rock and blues, and proved successful brand ambassadors of hard drugs. Today, the young don’t need to look much far. It’s at an arm’s length. Just a whiff that turns the world around them may destroy them too. Strong family bonds, together with a more responsible attitude from educational institutions, can help keep drugs at bay.

Not just a whiff