A conversation on drugs 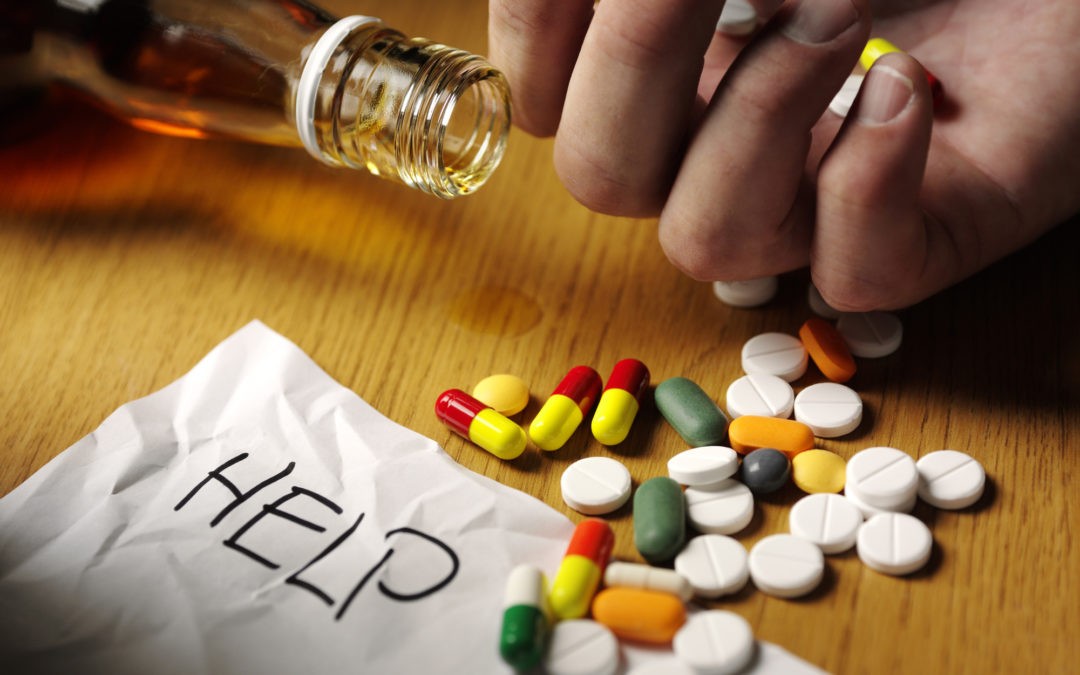 "You will find kids using drugs in all private schools in Karachi," pronounces 19-year old Shahid Khan, a 12th grader studying at a private school in Karachi, nonchalantly. He said he would know because he has a wide social circle of friends studying in some of the top most elite schools of the city.

It also puts to rest a "small pilot" research carried out by Islamabad-based South Asian Strategic Stability Institute (SASSI), a think-tank that carried out a pilot study on the incidence of illegal substance use/abuse among students but which was part of a much larger but ongoing study on "narco jihad".

"We talked because nobody else is doing it," says Dr. Maria Sultan, chairperson and president of SASSI. The reckless behaviour of this new generation of young drug-users is going unnoticed.

It is a subject most Pakistani parents feel very uneasy to admit or even broach. It, therefore, remains buried in the far recesses of everyone’s mind but with the report having been presented to the Senate’s Standing Committee on Interior and Narcotics Control, it has now been swept out to everyone’s discomfiture.

"I myself was shocked at our findings -- shocked enough to go to the Senate. Our study may have been small, the problem is quite pervasive," says Sultan, speaking to TNS over phone from Islamabad.

The survey was conducted in over 40 private and public educational institutions in Islamabad; while substance abuse/abuse was found to be 2 per cent in public institutions; in private ones it went up to 44 per cent among students aged 12-14 and 53 per cent among those aged between 14-20.

It also corroborates Khan’s claim that "most kids first experiment with drugs when they start going to parties at the age of 15 and 16." He conceded that even some of the most vigilant of parents may not have knowledge that their own kids are using them. Khan’s parents know about his habit. "They don’t approve of it, naturally but appreciate that I have never hidden anything like this from them," he says.

Khan has been experimenting with all sorts of drugs -- hash, weed, LSD, cocaine, ecstasy and crystal meth -- since he was 16 and began going to parties. "But it is cocaine and weed that is the more preferred choice here in Karachi," says Khan adding, "Forty joints of hash that should last a person for two to three weeks costs Rs1,000 a gram of weed, depending on the quality, is anywhere between Rs4000 to 10,000 lasts only a day or two.

"All we ever wanted was to highlight the problem," says Sultan, adding she and her institute had come under "a lot of flak" since the survey was made public. The numbers may have jolted many but for her "even one child is one too many!"

"Yes, even if it were a miniscule per cent, there’s still reason for alarm," says Kashif Mirza of All Pakistan Private Schools Federation. "And even if the menace is more prevalent in the top one per cent of the elite schools, which it is, it is a problem. If we do not take action on a war-footing now, the problem will escalate and harm generations to come."

Mirza says the law enforcement agencies and anti narcotics force (ANF) should take action as well. "In fact, everyone needs to chip in -- the schools, parents and the students, together with the ANF and the police, design a framework to handle this situation."

"We all have stakes in this and we all have to fight to get rid of this menace," agrees Sultan who is also an advisor to the Ministry of Defence on Strategic and Military Affairs.

Sami Mustafa, Principal of the C.A.S school in Karachi says, "Kids spend a substantial time here in school, and so it becomes our responsibility." He has heard about "rich people’s kids’ parties and that "half the city is on drugs" and that it has reached "near epidemic levels". However, he adds, "But I assure you, in my school at least, there is no pedaling, supplying or consumption (of drugs, cigarettes or alcohol) during school hours!"

Even in Shahid Khan’s school, kids who took drugs dared not do it during school hours. Instead, they come to school having taken it in the morning. "They say school is boring and it helps to while away the time there."

There are 36 kids in his class and half of them "smoke up" occasionally, maybe three or four times a week only to have fun or at parties. However, there are six or seven in his class who do it every day. There are as many girls as there are boys. Khan uses weed "three times a day" but never goes to school high on dope.

But it may be difficult to recognise signs of drug use. Kids use drops to lessen the "redness" in the eyes that happens when you have smoked a joint. "But if the teacher finds the student lethargic, sleepy, indulges in behavioural issues, etc, then that should be taken as a sign," says Khan. "Another give away is dropping grades!"

But there may also be students like Khan who teachers will never find out are using drugs and so routinely.

"Using drugs has not interfered with my personal life or my school grades," he claims. He has not only been getting "pretty good grades" but has been on honour roll several times.

According to SASSI’s findings the commonly used drugs include crystal meth, hash, heroin and over-the-counter available amphetamines like Xanax and Tramadol. In Karachi, says Khan, hash and weed are popular.

While kids today may not always be able to go to a shop to buy a pair of sneakers without parents by their side, buying drugs for them poses no problem.

The SASSI study found peers, even teachers and school support staff selling drugs within school premises but Khan says pedaling does not happen in his school. "It’s not difficult to buy drugs. It’s always friends of friends of friends!"

"We were also told that kids get it from the katchi abadi near our kid’s school," says a mother (name withheld on request) of a student studying at the Karachi American School. She has recently attended the first-ever drug awareness and prevention session for parents by trained professionals to "walk" them "through" the issue since many parents may be unaware of the drug use or whether their kids are using them.

"I observed two kinds of parents -- those who seemed dismissive of the dangers (they seemed users or ex-users themselves) and those who were very, very scared and alarmed at attending the session. My take home lesson was to continue talking and communicating with your kids," she says.

While the session attempted to answer several questions -- the newest drugs, what they looked like, how kids get them, how to talk to kids about drugs and how to find out if their child was using drugs; they left out the most important question -- why are kids using them?

SASSI, after its findings, has made a number of suggestions, including finding legal recourse to mandate educational institutions to carry out more responsibilities which include carrying out drug tests on their students.

Two bills were tabled in the National Assembly in 2018 on drug tests for schools and college students in the capital -- The Prevention of Drugs in Educational Institutions Act 2018 tabled by PPP MNA, Shahida Rehmani, and the Compulsory Drug Test of Students Act 2018, the bill moved by PML-N MNA, Asiya Naz Tanoli before the general elections. But there is little news of what became of them since the assemblies dissolved before they could be discussed or vetted.

The Karachi American School has been carrying out random and surprise drug tests with parents being on board.

But Mustafa of C.A.S is a bit uneasy about asking kids to line up for a drug test. "How can I ask students to take a drug test when nobody has been caught red-handed during school hours?" he says.

But the idea behind the drug test, says Sultan, was not to "demean or even ostracise" the students. "It’s to get to the bottom of the problem to start a drug awareness programme."

However, students already know how to circumvent these tests. "Kids usually cheat the pee test," says Khan. "We just get the non-drug users to pee for us in a bottle which we hide in our pants." He does not think it is an "affective" enough deterrent. Neither, he says, are school-organised "stigmatising" talks and seminars where experts come to say "drugs are bad, don’t do it!" He is also not much in favour of peer to peer sessions as it would be "blind leading the blind".

What would be more effective, on the other hand, would be to identify why kids are doing it, he advises. "Get to the bottom of it -- the pressures a kid is facing, home issues, just wanting to have fun, peer-led pressure to experiment, etc."

Nisha Irfan Tayebally, a Karachi-based psychotherapist says that parents and schools must be educated on the underlying causes of drug addiction and work towards its prevention.

She also finds integrating education with "healthier ways to self regulate, getting children and young people in touch with their psychological, interpersonal and spiritual resources" so they are empowered by a "toolkit" that supports them in "their moments of overwhelm". She says it may prove a successful drug use/abuse preventive mechanism.

Tayebally says educating young people on the long-term impact of drug use is also important. "We shy away from addressing this issue head on, there is shame and stigma attached to it and, therefore, our children are less likely to reach out for support if they find that their drug use is becoming a concern," she says, recommending a counsellor among the school staff.

While there are no conclusive studies to prove that drugs use/abuse has spiraled, Tayebaly says the influence of social media on young minds cannot be ruled out.

"It is definitely something that did not exist till fairly recently. A fair amount of emotional overwhelm in young people is fuelled by the media’s idea of what one ought to look like, sound like and behave like in order to be attractive," she points out.

Also read: Cyclone that pulls everyone in

Social media, says Tayebaly, portrays the ‘best’ parts of one’s life, leaving others longing for more. "It has become a battle for who gets the most likes, apps distort facial features in order to allow one to look a certain way. This leaves many children and young people feeling ‘not good enough’."

She is also concerned about the issue of cyber bullying where many cases go unreported as the perpetrator might be acting from an alias or heavily disguised account. "E-safety is very important and all schools must be trained on safeguarding children and young people," she warns.

"Possibly higher levels of overwhelm and distress which they do not know how to regulate," says Tayebaly, also a clinical supervisor and trauma release exercises (TRE) provider. The distress could include "a more competitive school environment, parental pressure to perform and a lot more dual income households whereby there might be innocent trauma/neglect which is unintentional but necessary to provide for the household".

She further explains that most children and young people may experiment with drugs at some point during their lives. "It becomes a maladaptive coping mechanism for those who may have experienced some form of trauma, abuse or neglect." On the other hand, young people who develop healthy emotional self regulation skills are less likely to form a dependency on substances as they have the ability to tolerate overwhelm," she says.

Tayebaly points out that mandatory drug testing can "essentially fuel shame in children and young people" already coming from a vulnerable place, leaving them feeling more unsafe. "It is essential not to ostracise them but to empathise with them."

A conversation on drugs