The legacy of Amos Oz

Amos Oz’s books will continue to serve as a beckoning mirror, inviting us to expand our imagination and moral horizons 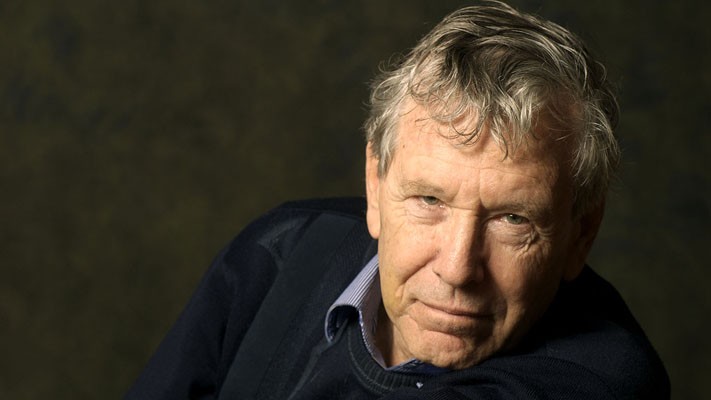 A 2002 image by the famous photographer, Jacqueline Larma, shows a handsome, bespectacled middle-aged man picking olives alongside a woman, her head covered in a traditional scarf. The location is a village near Nablus in the northern West Bank. The man in the picture is the Israeli novelist, Amoz Oz, who died of cancer on December 28, 2018. The austere gesture of assisting Palestinian farmers during the olive harvest had been meant to symbolise something bigger: Oz’s defiance of Israeli forces and zealots who routinely resort to destroying farms near the Jewish settlements in the occupied West Bank. Celebrated in death as Israel’s greatest writer, Oz was accused of being a traitor when alive for opposing the occupation of the Palestinian territory and championing the two-state solution. With his passing, the world has lost a public intellectual par excellence and one of the literary giants of the post-World War II era.

Born in the British-mandate Jerusalem in 1939 to Polish and Russian emigrants, Oz was witness to the creation of the state of Israel, a land he both loved and "could not stand" at times. He cherished the fact that Israel was a relatively open and argumentative society, heir to a rich tradition of learning and scholarship. At the same time, he despised his country for its oppression of Palestinians, the steady erosion of civil rights, and the rise of fanaticism. It is not difficult to identify with this ambivalence -- not for those of us who resist having our minds shrink-wrapped into state-manufactured consent and parochialism of one form or another.

In Panther in the Basement, one of Oz’s masterpieces set in the 1947 Jerusalem, 12-year old Proffy (short for Professor, which they call him because of his obsession with words) dreams of being an underground fighter. Instead, he ends up making friends with a British soldier who is eager to learn Hebrew and happy to teach English in return. The development does not go down well with fellow "fighters" in the three-member "Freedom or Death" organisation which Proffy is part of. Soon enough, following words appear on the wall of his house: "Proffy is a low-down traitor". Getting at him first thing in the morning, Proffy’s father delivers one of his usual solemn lectures: "The fact is that almost everyone nowadays uses the word "traitor" too freely. But what is a traitor? Yes indeed. A man without honour. A man who secretly, behind your back, for the sake of some questionable advantage, helps the enemy to work against his people…He is more despicable than a murderer". At which point Proffy’s mother intervenes: "Anyone who loves isn’t a traitor."

Over a 50-year career, Oz wrote 19 novels, and numerous articles, essays and short stories. His memoir, A Tale of Love and Darkness, published in 2004, fuses the personal and political aspects of a life shaped by growing up in Israel. Oz chronicles the birth of his country amid the ashes of the Holocaust, the sterile marriage of his parents, his early nationalistic fervour, the suicide of his mother when he was 12, and his subsequent decision to settle on a socialist Kibbutz.

In much of his fiction, Oz keeps circling back to these autobiographical themes as he probes the emotional depths of his characters, their hopes and frustrations, and the dynamics of personal and political identity. As a dream fulfilled Israel was bound to turn into disappointment. That was inherent not in the nature of the country but in the nature of dreams. The only way, Oz once remarked, to keep a dream rosy and intact and unsullied is never to live it out. This holds true as much for collective projects, such as Zionism and the Kibbutz movement, as for individual pursuits of "writing, travelling and sexual fantasies".

Although he never offers easy answers, Oz shows his readers that it is possible to find beauty in the midst of deep vulnerabilities and uncertainties. Contentment can appear in the most unexpected of places. In To Know a Woman, Yoel Ravid, a retired Mossad agent, struggles to come to terms with his life as a spy and the sudden unexplained death of his wife. Living with his mother, mother-in-law, and daughter in a Tel Aviv suburb, Ravid attempts to discover the meaning of life through these women even as he finds himself increasingly incapable of trusting anyone or telling the real from the unreal. As expected, no neat closure comes about. But Ravid eventually gives in to the simple throbbing reality of being alive: "Hoping for a recurrence of one of those rare, unexpected moments when the blackness is momentarily illuminated, and there comes a flicker, a furtive glimmer, which one must not miss, one must not be caught off guard. Because it may signify a presence which makes us ask ourselves what is left. Besides elation and humility".

As a writer, Oz’s great achievement is to breathe life into ordinary and seemingly forgettable characters and to strike an ever so subtle balance between detachment and empathy, curiosity and tenderness, humour and compassion. His depiction of Jerusalem in A Tale of Love and Darkness ("a stone city sprawling over hilly slopes… dusty tin roofs, urban wasteland of scrap iron and thistles [and] parched hillsides"), and of the elemental beauty of the Negev desert and the daily rhythms of the Kibbutz in Where the Jackals Howl, lend his writing an irresistible cinematic quality.

Above all, in the tradition of great literary masters, Oz strikes universal chords even as he is grounded within a particular historical and cultural milieu. His books will continue to serve as a beckoning mirror, inviting us to expand our imagination and moral horizons and to think differently about ourselves and about others. Like the Talmud, the compendium of the Jewish oral law, says, "Every blade of grass has its angel that bends over it and whispers: grow, grow".

The legacy of Amos Oz