Olympics and science of modern hockey 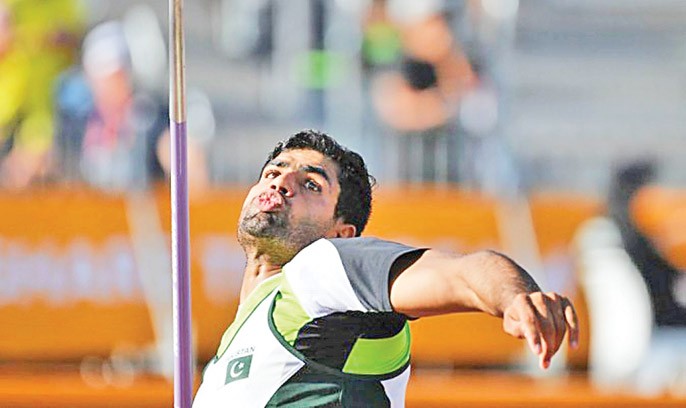 Pakistan participated in three Olympic Games from 1948 to 1956 but failed to win as their match temperament was inferior to that of India. As soon as they get maturity, Pakistan won the first Olympics in 1960.

Pakistan team has been standing at the rock bottom in such tournaments as World League 2017, CW Games 2018, Champions Trophy 2018, Asian Games, and Asia Cup.

It was only the recent Asian Champions Trophy where Pakistan produced some worthwhile result, sharing the trophy with India.

Despite the above mentioned performances of Pakistan, we were hoping for the best in the World Cup. The format introduced in the World Cup was very interesting. The number of teams was increased. Even those teams that missed the quarter-final slots in the group stage got another chance. But Pakistan failed to make the most of that chance, losing the crossover match against Belgium by 0-5.

Pakistan could not play the 2014 World Cup because only 12 teams were allowed. Pakistan gained only one point and qualified for the crossover match. They managed to strike only two goals and conceded 12.

Consequently, Pakistan got the 12th position in the tournament -- exactly the result Pakistan had in 2010.

Pakistan have wasted two chances of qualification for the Olympic Games to be held in Tokyo in 2020. This means only one chance is left for the qualification which is very tough. This dismal performance in the World Cup has been continuation of the last four years. There have been five team managements and two selection committees. There has been a revolt by players because of non-payment of daily allowances.

Besides, there have been serious differences within the team management. But the custodians are still in power. In the past four years, Pakistan played 52 matches, won only 15, lost 28 and drew 9. Now after this pathetic performance PHF constituted an inquiry committee to find the causes of the bad performance. In my opinion the whole nation has viewed the performance on the TV. The current management took over in 2015 with the blessing of some people in the previous government.

In the World Cup, 157 goals were scored in 36 matches -- 4.36 per match. This shows the speed of the game has increased and only attacking hockey is the way to survive. In modern hockey the combination of playing strength with bench strength must be equal because in modern game good play is important but to plan is more important. There have been changes in turf, stick, ball and rules.

These changes made hockey one of the fastest outdoor sports. On natural grass, ball followed the order of players but in modern hockey the master follows the instruction of ball because of speed.

Any slackness makes the team pay a heavy price. Precisely this happened in the third-place match, between Australia and England, and in the matches between Holland and Malaysia and Belgium and Pakistan.

The playing format which Pakistan adopted is meant for mega stars who have the ability to control the ball with zonal play and can beat one or two opponents in the midfield. But our players don’t possess such quality. They get tired. These elements put more pressure on defence which makes mistakes and concede goals.

In my opinion the present players are good when we use them with 1+1 formation and avoid 1X1. This formation gives the concept of team game -- moving the ball continuously to avoid individualism.

Now the question is the qualification for Tokyo 2020. We have a very poor pool of players in backup and the present team has players who have reached the age of retirement.

We don’t find players who could immediately replace the seniors. If the federation had established hockey academies there would have been a possibility to find out new players. It seems we may have to invite senior players for qualification for Olympics.

The past four years’ performance of PHF indicates that their thought does not match the speed of modern hockey.

I will appeal to IPC Minister and PM, who is also Patron in Chief, to take remedial steps to revive the national game. The attitude of the government towards the national game must be clear.

Olympics and science of modern hockey