"I am lucky that I get paid to think" 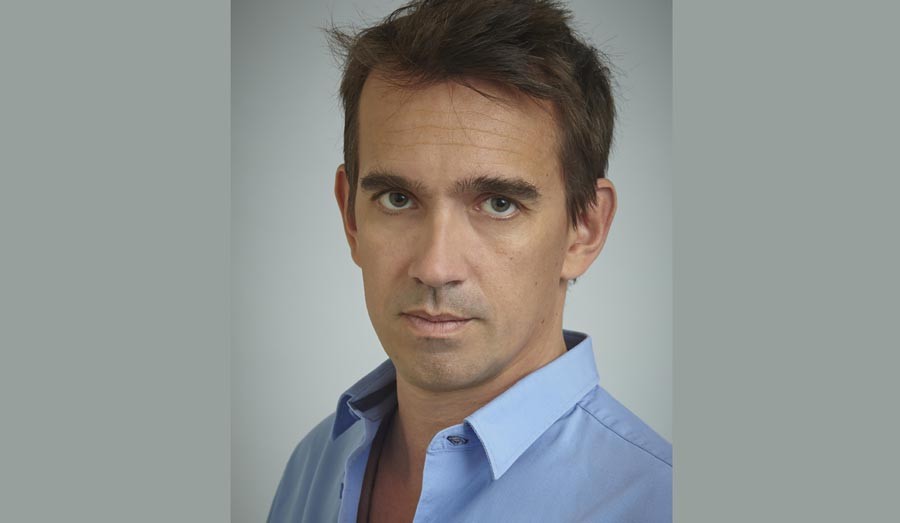 A historian and professor of global history at the University of Oxford, Dr Peter Frankopan mainly works on the history of the Mediterranean, Russia, the Middle East, Iran, Central Asia etc, and on relations between Christianity and Islam. His much discussed book The Silk Roads: A New History of the World -- which questions Eurocentrism and explains how the area comprising the silk routes, mainly Russia, Iran, Afghanistan, China, Pakistan, and India are the "engines" of the world -- was published in 2015.

In a Skype interview with TNS, he talks about what prompted the publication of his latest book, The New Silk Roads: The Present and Future of the World, his influences as a writer and academic, his love for maps and Russian literature. As I was able to show him my copy of The New Silk Roads during the interview, I couldn’t help but think the world has become a global village after all. Excerpts of the interview follow:

The News on Sunday (TNS): Your previous book was anchored in history whereas The New Silk Roads is more about the present times. Why do you think was another book needed, considering your first book was no mean feat with more than 600 pages?

Dr Peter Frankopan (PF): Basically, I wanted to write a new final chapter to the first book to explain events and discoveries that have occurred since 2015, as a lot has changed since my first book was published. For example, there is Brexit, riots in Europe (France mainly), Trump in America, US sanctions on Iran, China’s support of belt and road initiative in Pakistan where there is a new government. All these changes need to be documented. The previous book is mainly the history of the region that goes back to around two and a half thousand years and explains how we came to the present times, how the past illuminates the present and puts it into perspective. The New Silk Roads is more like a snapshot of what’s been happening in the past three years. It tries to explain why Russia is engaged in the Middle East, Trump in the White House, why we are seeing military spending go up in the region, and what is happening in CPEC and Gwadar. We can be optimistic or pessimistic about it, but my job as an academic is to be pragmatic and help people be better informed about what is happening in the world of today.

TNS: So while writing a new final chapter, you realised that it needed a book to itself.

PF: Yes, I would say I changed the last fast bowler to a spinner. It is another strategy altogether, requiring a new skill set. The story needs to be updated every two years and change is normal.

PF: I love maps. Every time I fly, I always look at the airline’s map. It tells me so much about what that airline or country thinks about itself. You can tell so much about a country’s relationship with the world from the destinations of its airlines. It’s a study in geography. As a boy, I used to remember the names of all the rivers and mountains -- I love the sound of unusual names -- and I realised as I grew up that you sometimes need to strive yourself in order to learn, since you cannot always rely on traditional school learning. There is no difficulty as long as you are curious.

TNS: How do you see the evolution of maps?

PF: It is interesting to note that maps are usually drawn up at the instigation of military endeavours; to know where the resources are and about the geology of a region. These interests serve in militaristic advancements. Even some great discoveries like non-stick cookware and Skype owe themselves to militaristic initiatives. Though I love maps, I must say that a lot depends on what you are looking for in a map. A hundred people would have a hundred different ways of looking at the same map, and it is this plurality that makes us fascinating as a species. We are interesting when we accept our differences. However, despite this pluralism, we see that many countries are afraid of differing points of view in the world.

Historically, Pakistan has been a diverse country which welcomes all ethnicities but that has been changing for a while. Considering the multiplicity of species that God created in the world, rejecting diversity does not seem too helpful a route.

TNS: Why are the chapter headings in both the books on routes? Like, ‘The road to Beijing’ or ‘The road to the heart of the world’?

PF: I think it is just a good metaphor. The Silk Road itself is a term that was coined 150 years ago. And when you use the metaphor of roads, you can point out the dynamic of movement on a certain path and the possibility of not travelling upon the beaten path. I did need chapter headings and these names served the purpose.

TNS: You have indicated an interest in Russian Literature. Where did that come from?

PF: Basically, my parents encouraged us to read a lot. So during my summer holidays whenever I’d get bored I’d resort to this bookcase, full of Russian literature, owned by my grandfather. Russian writers ask religious questions and try to answer them in secular ways, like the purpose of man in the universe, e.g. Tolstoy talked about an environmentally sustainable way of life. Reading it is not only understanding Russia but also the world as a whole.

TNS: Any books that you would recommend?

PF:Turgenev’s First Love; a novella about coming of age, and Pushkin’s play Mozart and Salieri which was later adapted as the screenplay for the film Amadeus. I’d also recommend the works of the futuristic poet, Vladimir Mayakovsky. I loved discovering these works since they are not quite well-known. I often reread them.

TNS: Could do tell us a bit about your writing routine?

PF: I am quite productive but I do have the habit of biting off more than I can chew. I would work till four in the morning while I was writing the first book, as it is very quiet in the early hours of the morning; especially as the phones do not ring. I would not have a lot of sleep but lots of good coffee. I am usually good with deadlines. But sometimes I get stuck. For that I have an excellent range of hats from Central Asia; I have a Turkman hat and I put it on. I don’t think they give me any magical thinking powers but it does remind me that I am lucky to be doing what I am doing. Writing is not easy, for you have to put all of the pieces of your thought together, but I am lucky that I get paid to think. Writing practice does make it easier to write.

To tell the story of what’s going on in China, in Russia, to keep track of all the information, is not easy, but I feel that one must do so. The worlds that we think are up and coming and rising, they are already here. Engaging in dialogue is the basis for all sustainable relationships, whether personal or political. I grew up with five siblings and we argued a lot. Sometimes I was told to be quiet and let my brothers or sisters talk and I am a great beneficiary of that.

"I am lucky that I get paid to think"