2018 was a prolific year. With the turning of each new leaf of history, we are entering into unexpected, extraordinary and exciting worlds of Pakistani art 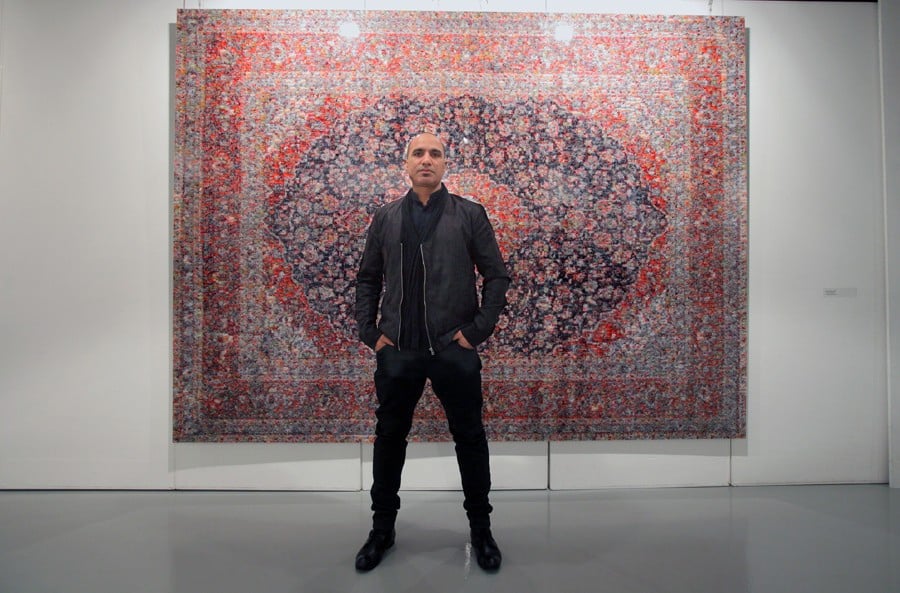 No matter what way you divide the past, there still will be years, months and days that are remembered for changing the direction of art. The most recent example is the unforgettable date, 9/11, that altered the practice of many visual artists. 2018, the year of general elections, may also have an impact on the art in this country. Elected on the slogan of a ‘New Pakistan’, the new government has announced the conversion of state residences into museums and art galleries. If implemented, this has the potential of changing the structure and system of art, ‘public art’ in particular.

2018 also witnessed a major art event -- Lahore Biennale 01 -- that was held in March and included major local and international artists like Amar Kanwar, Ayesha Sultana, Bani Abidi, Nadia Kaabi-Linke, Naeem Mohaiemen, Shahzia Sikander, Shezad Dawood, Shirin Neshat, Waqas Khan and others. Organised at several sites in Lahore, including the Lahore Fort and Lawrence Gardens, it attracted a large audience, many of whom were not regulars at art galleries, like school kids, housewives and street vendors.

However, in the present age, the concept of ‘public space’ has also transformed. One does not have to go to the old part of a city, park or street to view the works. Today, Instagram or any other social media page is a form of public space, seen by thousands across cities, countries and continents. Interestingly, like the original nature of art at a public site being temporary, art posted on social media is also transitory, soon to be replaced by a new entry. Yet some of these images leave a lasting effect and stay longer in memory. For example, the news of Rashid Rana’s Red Carpet series # 1 fetching a record highest price for a Pakistani artwork by any living or dead artist, amid the auction of Arif Naqvi’s Collection at the Bonham’s, London in October. Rana’s digital print was sold for 200,000 pound sterling, equal to 33.4 millions in Pak rupees.

The amount is memorable not only for the price it fetched in the market, but also because it affirmed the triumph of Pakistani art, and for that matter contemporary art. The work is not a hand-painted canvas, a carved stone, a bronze statue or an intricately executed miniature; it is a piece created through computer and printed digitally.

This year also witnessed recognition of another Pakistani artist Rasheed Araeen who uses a formal language to construct his sculptures and two-dimensional items. His retrospectives are on view at BALTIC Centre for Contemporary Art, UK; Van Abbe Museum, Holland; and Mamco, Geneva, Switzerland. Araeen has been living, working, almost struggling in the UK for years. His work addressed marginalisation by the British (misleadingly called ‘mainstream’) art world and thus he was considered, and ultimately assumed the role of, an outsider. It is only now that his worth and rightful place is recognised with these shows (a continuation of Araeen’s inclusion in Documenta 14, last year). Though it has started with his ‘abstract’ pieces, one is sure his conceptual and political works would soon follow.

With the opening up of borders in the art world, a number of Pakistani artists are not standing on the ‘periphery’ anymore; they are ‘insiders’; for instance, Wardha Shabbir’s art on display from June to November at the V&A Museum, as part of Jameel Prize Exhibition. Her works, reinterpretation of imagery, sensibility and ideas of traditional miniature painting, in a minimal tone, suggest the way an artist views the past, investigates and turns it into a personal and private affair. A similar sensibility was witnessed at her solo show in November at the Canvas Gallery, Karachi.

Other exponents of traditional vocabulary of miniature painting like Waqas Khan and Aisha Khalid were prominent in all corners of the globe. Khan held his solo exhibition, History, Memory or Geometry in September at Galerie Krinzinger, Vienna while Khalid is included in The 9th Asia Pacific Triennial of Contemporary Art, inaugurated in November at the Queensland Art Gallery, Brisbane, Australia.

Along with Rasheed Araeen, the works of two other Pakistani artists, Ali Kazim and Naiza Khan, reveal diversity in terms of approaches as well as a yearning to connect with a land that offers a peculiar history -- almost a diffused and destroyed history. This is a blessing in disguise because it can be manipulated for the sake of art. In any case, art and history are like twins since the two assert to be original but are devoid of this trait. Both insist on being authentic but, after some years, this claim is considered suspect. Both document reality but reflect the personality of the author.

There have been efforts to question the state of history in art; as was seen in the solo exhibition of Hasnat Mehmood in November at the Taseer Art Gallery, Lahore. The artist, trained in the discipline of miniature painting, dismantled the construct of history and art history: from ancient artefacts to modernism, from writing on high art to the making of ordinary pottery. His exhibition informed how an artist thinks about the past (are we not doing this all the time?).

Another exhibition, with alternative of a different nature was held from August 31 to September 11 at the Canvas Gallery Karachi. Basir Mehmood brought forth an unusual dimension of reality or parallel facts. In his photographs and video, mediums usually believed to be ‘true’, he twisted immediate settings to convey another phenomenon: not ‘factual’ but a blend of contradictions, conflicts and confusions, and hence haunting.

Carefully crafted works refer to a subtle divide between art and reality. This was experienced in the exhibition of Haider Ali Naqvi on the culmination of his Vasl Residency in August at the Karachi Arts Council. Here the art and debris, images of buildings in the city, and rubble of the space (to be restructured) were mixed; thus the demarcation between art and life was imperceptible.

This was also witnessed during the Mansion Artists’ Residency, Lahore in March/April where artists worked at a specific location -- a house -- but adapting to the vocabulary of everyday life transformed familiar objects/settings into high art. Much like what Iqbal Geoffrey did at his talk at the Residency, when/where he transformed a simple material, ‘conversation’, into a work of conceptual art. In a sense, listening to him was like walking through the corridors of a Museum of Conceptual Art in Lahore (its address varies, depending on the latest location of Iqbal Geoffrey!).

2018 was a prolific year as anyone could have imagined. With the turning of each new leaf of history, we are entering into the unexpected, extraordinary and exciting world of Pakistani art. Just what Graham Swift said while talking about writing: "a single, peaceful house. In the house would be a room, with a desk, in which absolute, monastic calm would reign. But in this room would be a door, and it would lead to a nightclub".