2018: Looking back at the year in television 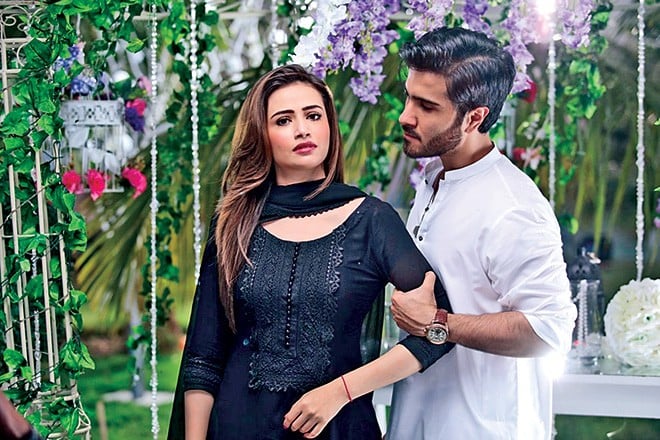 Pakistani dramas are popular beyond borders, with huge fan following in countries like India, UK, USA and UAE; Humsafar, Zindagi Gulzar Hai, Maat and Dastaan were just some of the projects that set the benchmark amidst international audiences. Sadly, however, Pakistani television has seen a strange sort of monotony set in over the last few years; too much content has been arrested by regressive plots and oppressed characters, with very little variety whatsoever. This past year passed under a heavy cloud of doom and gloom. Stories of rape, abuse and violence dominated the small screen - with a few exceptions - leaving no escape for viewers as the lines blurred between fact and fiction. Some people felt that TV should be reflective of the times we live in, while others believed that it should be uplifting, providing some relief from the times.

A couple of years back (and even at present), themes surrounding familial disputes, extra-marital affairs and second marriages ruled the small screen; they were followed by some socially-relevant projects that garnered attention as well as appreciation. In 2016, Udaari picked up great reviews because it managed to entertain viewers while highlighting an important social issue: child abuse. Since then, multiple projects revolving around a similar theme went on air but none of them could maintain a balance between awareness and entertainment.

Finding balance is what Pakistani TV plays are struggling with. Even with progressive characters (Zun Mureed, Khudgarz, Nibah), fresh narratives (Belapur Ki Dayan, Khalish, Baba Jani) and socially relevant themes (Bay Dardi, Haiwaan, Meri Guriya), most of them fail to maintain momentum after the first few episodes. They either become too heavy on the heart or lose track somewhere in the middle, leaving weak or unconvincing conclusions. Illness, death, marriage and suicide seem to be the only solutions to a lot of problems if we take a closer look at where most stories boil down to at the end.

Instep looks back at what went down in TV this past year - the good, the bad and the ugly.

There is no harm in portraying society’s harsh realities and bringing them to light via television. But with so much already happening in people’s lives, where everyone is fighting their own battle, they need an escape. Television in Pakistan has died down as a source of entertainment and has merely become a window to all the sad things taking place around.

Sarmad Khoosat’s mini-series Aakhri Station that featured Sanam Saeed as the protagonist highlighted miseries of women; though it was a reflection of what a lot of women go through in Pakistan, it was depressing to watch, week after week. Numerous projects such as Khamoshi, Ab Dekh Khuda Kia Karta Hai, Ghar Titli Ka Par, Lamhe and the recently concluded Main Khayal Hoon Kisi Aur Ka offered nothing but weeping willows who are in desperate need of a savior. Ongoing dramas Haiwaan, which tackles the issue of child abuse, and Beti, which highlights that there is no worth of a daughter and/or woman in this society, are intense, dark and deeply depressing. One wonders why anyone looking for entertainment on TV would want to watch the miserable plight of a woman dealing with her 10-year old daughter’s sexual assault and murder.

Television does not need to replicate what happens in people’s lives; it rather needs to offer content that is light, entertaining and meaningful at the same time (reminds me of Zindagi Gulzar Hai, Thakan, Durr e Shehwar, Kankar). These women crying on screen all the time, whom a lot of viewers relate to, aren’t in anyway providing a solution to their miseries. They are stressing on being okay with such lives instead.

There were at least 10 dramas this year that followed socially relevant themes with a major focus on child abuse, rape and sexual harassment. Dar Si Jati Hai Sila shed light on harassment within the confines of a household and was able to maintain the sensitivity of the subject while Meri Guriya emphasized on raising voice and taking strong action against it. Other than these two, rest of the projects such as Bay Dardi and Mere Khudaya didn’t make a mark while Haiwaan and Beti - that are presently on air - are too dark for an average viewer.

Initially it was refreshing to see social dramas making way to our TV screens, as they aim to educate the masses along with entertaining them. However, when every other project started taking up social themes, the cause became redundant and it started looking more like a trend to generate hype.

A breath of fresh air

Amidst regression and over dosage of social issues, there were a few TV plays that offered a change of pace - either in the form of a new genre or due to closer-to-reality narratives. There was revenge drama Khalish that starred Asif Raza Mir and Faysal Qureshi as father and son, respectively, and followed their lives. The idea wasn’t a unique one but the treatment was fresh while characters were believable. Similarly, the recently concluded Dil Mom Ka Diya came across as a breath of fresh air and was a morally relevant play. It had romance, it had entertainment and a subtle yet very strong message.

Belapur Ki Dayan and Saaya were two horror dramas that hit the small screen this year and resonated well with viewers. One must admit that it was a fresh addition to the list as was period drama Ghughi that presented a unique Indo-Pak story. Ehteshamuddin’s new period drama Aangan - one of the most anticipated project with an all-star cast - that commenced earlier this week also promises to be an unusual tale of love, loss and patriotism.

Other notable projects that caught our attention in 2018 due to their realistic treatment include family drama Aangan (directed by Qasim Ali Mureed), a story of deceit Khudgarz, Khasara that highlighted changing dynamics of even the closest relationships and Tabeer, tale of a woman with conviction.

New dramas that are currently on air and stand out among the rest include Iqra Aziz-starrer Ranjha Ranjha Kardi and Anjum Shahzad’s Romeo Weds Heer that is a fun, light hearted take on love and life. The upcoming Mehreen Jabbar directorial, Dil Kiya Karey, with Feroze Khan and Yumna Zaidi as the lead pair also looks like a welcome addition to the list in 2019.

Anjum Shahzad’s Khaani that featured Feroze Khan and Sana Javed in lead roles was the most critically and commercially acclaimed project this year. It did have a few social themes (class difference, justice, guilt, redemption) at the heart of it but the play wasn’t preachy or depressing. It was intense, it was truthful and made way for evolution of characters.

Farhan Saeed and Iqra Aziz starrer Suno Chanda, a light comedy-romance that aired during the month of Ramazan, set a new benchmark. It gathered so much love and praise that a second season recently went on-air on huge public demand.

Like every year, some strong, progressive female characters emerged on our TV screens in 2018. The best one among them was that of Aamina Sheikh as Sofia in Nibah; she set an example of what a woman’s demeanor should be in difficult circumstances. She was mistreated, she was questioned on her character, she had societal pressures but she didn’t give up on her self-respect and everything fell into place after some tough time.

There are numerous TV actors who appear in hundreds of dramas that hit our TV screens each year. However, only a few leave a mark and are remembered long after their projects conclude. Some outstanding performances this year include that of Feroze Khan, who, as the brutal and egoistic Mir Hadi won many hearts and made Khaani a huge success. Sami Khan as the aggressive and self-centered Hassaan stole the show in Khudgarz while Sanam Chauhdry as the selfish and materialistic Anji in Ghar Titli Ka Par was commendable. Aamina Sheikh delivered brilliant performances in Nibah and Khudgarz whereas Neelam Muneer as the cunning Ulfat was the highlight of Dil Mom Ka Diya and garnered great reviews on her performance. Lastly, Faysal Qureshi, who appeared in three drama serials in 2018 - Khalish, Baba Jani and Haiwaan - proved yet again what an incredible actor he is.

A small number of projects stood out due to their simplicity, realistic appeal and believable narratives but the rest followed similar trends without any uniqueness or diversity. More than clichéd storylines, it was lack of entertainment, overflow of socially driven projects and excess of sadness that defined TV in 2018. Let’s hope 2019 will be more optimistic.

2018: Looking back at the year in television 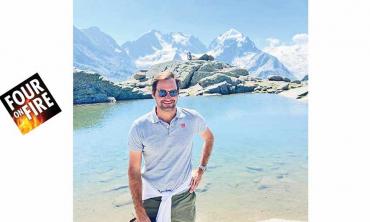 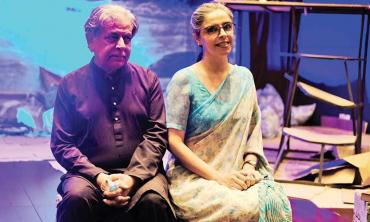 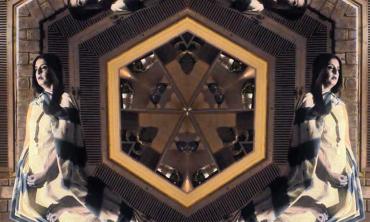