The eighth JCC and Balochistan

Will the Chinese agree to the demand of the Balochistan government? 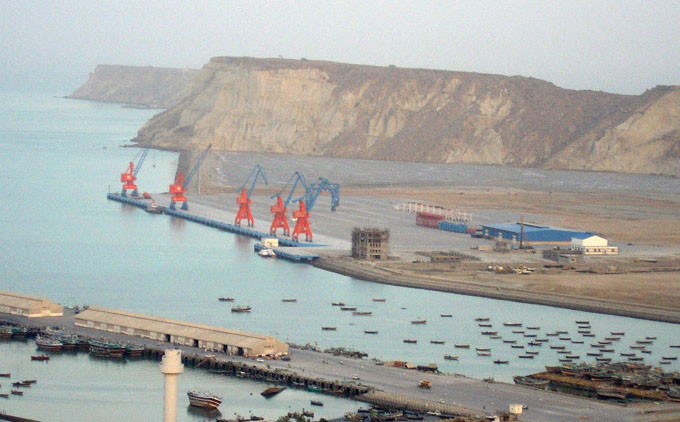 The Eighth Joint Coordination Committee (JCC) was held on December 20, 2018 in Beijing. Pakistan was led by Federal Minister for Planning, Development and Reform, Makhdoom Khusro Bakhtiyar. JCC is the top decision-making body for China-Pakistan Economic Corridor (CPEC), which meets every year in December to make decisions for the coming year.

Just a few days before the JCC meeting, Chief Minister (CM) Balochistan Jam Kamal had refused to attend the meeting in protest.

CPEC was presented as a game changer to the entire country by the erstwhile Nawaz government. Criticism on CPEC was considered criticism on the state of Pakistan. The opposition at that time raised concerns about the direction of CPEC route and alleged that it was only benefiting Punjab and Sindh at the expense of Balochistan and Khyber Pakhtunkhwa. However, no one in the provincial governments uttered a word against CPEC. That equation changed when Balochistan Awami Party (BAP) formed the government in Balochistan.

Saeed Hashmi, founder of BAP, had alleged that the Western route which, in theory, passes through Balochistan is not part of CPEC anymore. This led to an intensification of criticism against CPEC in Balochistan. The federal government denied the claim of Hashmi but the Balochistan government stood by its claim.

On December 10, CPEC Cell of Balochistan government delivered a detailed presentation to the Balochistan cabinet on CPEC. That briefing revealed that apart from Gwadar, no progress had been made on CPEC projects in Balochistan. The findings of this briefing came as a shock for the cabinet and this further strengthened the stance of the government that Balochistan had been left out of the CPEC-related development.

According to details of that presentation acquired by this scribe, Balochistan is supposed to get projects worth $6 billion out of a total portfolio of $62 billion, which makes the share of province stand at 9 percent. However, work has only started on Gwadar port-related projects and HUBCO coal power plant. There is no progress on infrastructure and industrial development projects in Balochistan under CPEC. Furthermore, the briefing also revealed that inclusion of the main infrastructure project of Balochistan -- Zhob to Surab highway -- was not even part of the 8th JCC agenda.

Once news of this briefing was published in the media, the federal government came forward for firefighting. Federal Minister for Planning, Development and Reforms called on Chief Minister Jam Kamal and assured him of addressing his concerns. Chinese Ambassador Yao Jing also met Kamal and gave similar assurances. As a result, nine new projects were included in the agenda of the 8th JCC as per the demand of the Balochistan government.

Zahoor Buledi, Provincial Minister for Information, was asked by CM Kamal to lead the delegation from Balochistan. Before traveling to China, Buledi told TNS that CPEC projects approved for Balochistan are the Gwadar Port, Gwadar new airport, and HUBCO power plant which do not benefit the people of the province. He alleged that the last government is responsible for leaving the Baloch behind in CPEC projects. "Our government is making efforts to correct this injustice with Balochistan."

During the tenure of the last government, the opposition and media raised concerns about Balochistan not getting its due share from CPEC. However, the federal government of PML-N denied all such claims and the provincial government also toed the line of the Centre. At that time, the Balochistan government was a coalition of PML-N, Pakhtunkhwa Milli Awami Party (PKMAP) and National Party (NP). Political pundits believe that both PKMAP and NP remained quiet on the CPEC issue so that they do not earn the ire of Nawaz Sharif who had brought them into power in Balochistan.

So, in retrospect, BAP was formed to empower the provincial government for making an important decision. However, there is another view that BAP is the brainchild of the establishment which was created to control the Balochistan government.

Shahzada Zulfiqar, senior journalist covering Balochistan for more than three decades, believes the tough stance adopted by BAP about CPEC is the need of the time. "BAP is taking a strong stance on the rights of Balochistan to primarily counter Baloch nationalists," he tells TNS. "Preventing the sale of the lands of Balochistan to the Chinese and demanding a greater share for the province in CPEC are also demands of the Baloch nationalists. Jam Kamal is trying to take advantage of the situation."

Zulfiqar says the Kamal government has also adopted this strategy viz-a-viz CPEC to earn public support. "Whether the Jam government really means what it demands about CPEC, it’s too early to say."

The Balochistan government succeeded in adding projects to the list of 8th JCC agenda. The 9 projects for Balochistan which were presented before 8th JCC for approval focus on socio-economic development and infrastructure. "We will make a case for the construction of dual-carriageways from D.I Khan in North to Surab and onwards in the south," said Buledi. "Along with highways we are also pitching for dams and other projects which can help in the economic uplift of the people of Balochistan."

Presently, there is not a single dual carriageway in the entire Balochistan. The existing two-lane highways have caused accidents and also added to travel hours. If the proposed dual-carriageway projects of Balochistan are approved for funding in the 8th JCC, it will make a huge difference for the economy and mobility of the province. Jam Kamal can even use it as a card to get votes for BAP in the next elections. However, will the Chinese agree to this demand of the Balochistan government? Only the detailed outcome of the 8th JCC can reveal that.

The eighth JCC and Balochistan