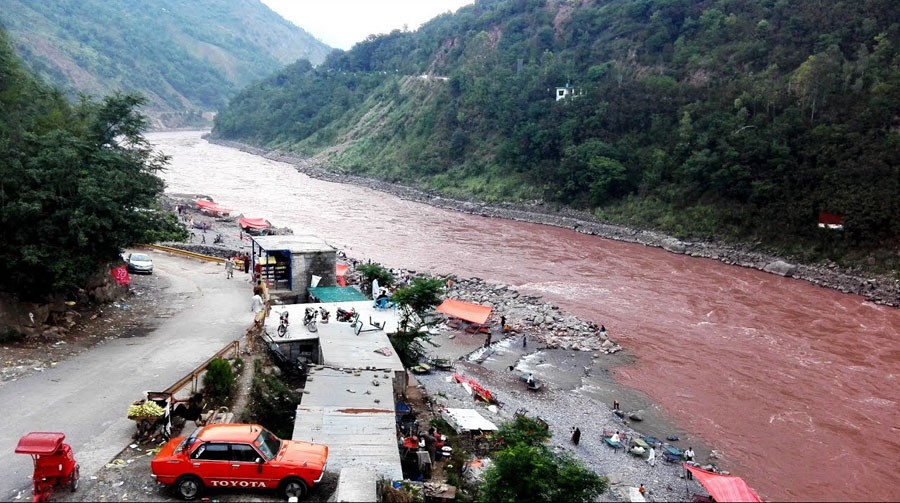 People in Muzaffarabad, capital of Azad Jammu and Kashmir, have taken to the streets for the last few months and are running a sustained protest campaign against 1124 MW Kohala Hydro Power Project, seeking drastic changes in its design. The $2.5 billion project -- the largest direct investment under the China-Pakistan Economic Corridor (CPEC), whose financial close was also scheduled on December 31, 2018 -- seems in tatters at the moment.

The land acquisition process has been suspended. The petitions filed in courts by local landowners have initiated lengthy litigations. The government of Azad Jammu and Kashmir had succumbed to the intensive public pressure and wanted to resolve pending issues before initiating the Kohala project.

Consequently, the construction company is about to wrap up its operation by demobilising machinery, disengaging the Chinese engineers and laying off the local staff. China Three Gorges Corporation, one of the top five state-owned power companies, informed the Pakistani authorities its decision to withdraw its top management in a letter on December 5 and also conveyed that if the situation does not improve soon, all resources including equipment and staff would be demobilised which is tantamount to losing a huge sum of direct investment.

Azad Kashmir has a long list of grievances originating from the neglect and injustices exhibited by WAPDA over the last several decades. Despite producing lion’s share of electricity in the country, AJK faces 15-hour long power cuts even during the severe winter weather. The Mangla Dam was inaugurated in 1965 but its royalty/water usages charges have not been paid yet to the AJK government at the rates being paid to KPK or Punjab. Likewise, WAPDA has not bothered to make a formal agreement with the government of AJK before commencing construction work on the power projects. The authorities in Muzaffarabad unofficially complain that WAPDA neither fulfils its commitments nor treats AJK at par with other provinces despite persistent appeals. There is a deep sense of unfair treatment across AJK.

Until a few weeks ago all was set to commence construction work on the Kohala project situated on the Jhelum River, 84 km away from Islamabad. All major agreements and no-objection certificates were already obtained. The Chinese company has paid Rs1.5 billion to the AJK government for the acquisition of land. The Chinese engineers and management staff were sent to the construction site. A replica of Neelum-Jhelum tunnel was approved by the government which is 17.4 km long.

However, sustained public protests against the adverse ecological effects of Neelum-Jhelum brought this project to a grinding halt. In April last year, former Prime Minister Shahid Khaqan Abbasi inaugurated the Neelum-Jhelum Hydropower Project meant to contribute 969 megawatts of electricity to the national grid. Within a few weeks, people in Muzaffarabad region experienced unexpected hazardous ecological impacts of the Neelum-Jhelum project.

The entire population of the Muzaffarabad district and city starting feared the extinction of River Neelum which is considered a lifeline for over a half million population. Most of them grew up boating in the river and associate themselves with the ambience and natural beauty of the city owing to flowing water in the river.

The water flow in the River Neelum touched a dead level which turned the river into a reeking Nala as 90 per cent of the river water was diverted into the tunnel.

The water flow in the River Neelum touched a dead level which turned the river into a reeking Nala as 90 per cent of the river water was diverted into the tunnel. The temperature soared unpredictably high which scared people and some environmental activists warned of heat waves once Kohala project gets completed. The water level swiftly has dropped to an alarming extent and is constantly declining. Consequently, hundreds of natural water resources have dried up.

As a result, over 30,000 people had to relocate their families from 23 villages to Muzaffarabad city and the process is steadily increasing. A few schools and madrasas are planning to wind up or move to some other locality as they, too, are facing acute scarcity of water. This influx is gradually creating a housing problem in Muzaffarabad city. In some areas, the forest is gradually disappearing, turning the lush green areas and mountains into black rocks.

People in Muzaffarabad are cursing the authorities who failed to grasp the severe environmental impact of the Neelum-Jhelum Hydro Power Project which caused huge environmental damage not only to Muzaffarabad city but also endangered all other hydel projects which were in the pipeline.

People went through a devastating experience during the October 2005 earthquake and are quite sensitive about their land and natural resources. The ill-planned and ill-executed Neelum-Jhelum Project turned out to be a disaster. WAPDA and the AJK government had failed to envision and address issues related to ecological flow, proper and effective development of water bodies, maintenance of minimum required level of water in the river and development of a dedicated sewage treatment to remove municipal and industrial wastewater. Without addressing outstanding public grievances, WAPDA went on to follow the same old model, causing massive problems for the local population and generating unrest among the local inhabitants.

Talking to TNS, Azad Jammu and Kashmir Prime Minister Raja Farooq Haider Khan said until public concerns are addressed, resumption of construction work on the site seems impossible. He also suggested that WAPDA has the capacity and means to address this issue by developing water bodies on the Neelum-Jhelum project. Besides, it has to invest resources to deal with the ecological disorder. It seems that the AJK government is not in favour of tunnel technology as it proved an utter failure.

In Muzaffarabad, cutting across the political divide, a complete consensus is existing that before initiating construction work on the Kohala project the government of Pakistan has to ensure employing a people-friendly technology which keeps the river flow and natural ambience of the region intact. Otherwise, the current mass protests might engulf other regions of Azad Kashmir too. Recently, a few protests were also held in London against these power projects.

The present PML-N government of AJK seems unwilling to risk its popularity by going against the public mood. However, background conversations suggest that it has the interest to find a win-win situation for all stakeholders as Kohala is a national project. Yet, intervention from the highest level is required to resolve this conflict amicably, sources in government told TNS.

There is a visible trust deficit between the AJK government and WAPDA. Despite promises, people in Muzaffarabad are not convinced that WAPDA will mitigate and compensate for the adverse effects of these projects. A tripartite discussion leading to an agreement among the governments of Pakistan, AJK and WAPDA may have the potential to rapidly resolve this problem and save billions of dollar’s investment.