A ‘silent killer’, air pollution is lethal because of its latency, claiming around 135,000 lives in Pakistan annually 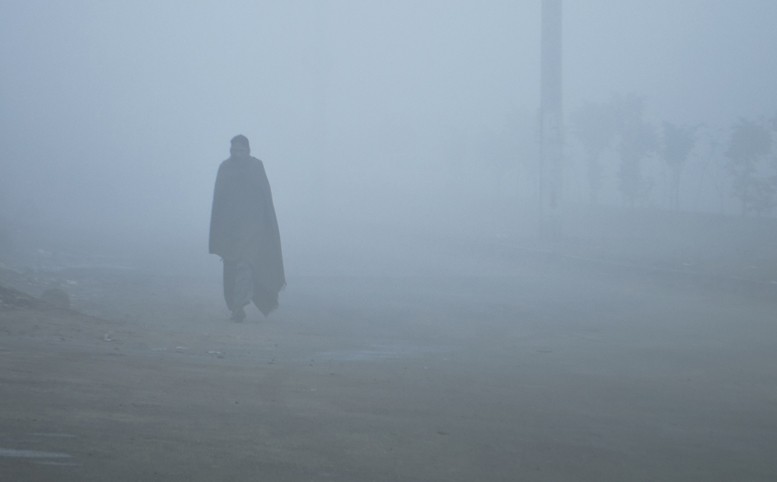 After it entered our cultural lexicon around 2016 when its first episode was observed in Punjab, "smog season’’ has dominated public consciousness around the year-round ambient (outdoor) air pollution in Pakistan because it is more noticeable to the naked eye.

‘Smog’ is understood differently by environmental experts and government representatives alike. Popularised in the 20th century, it originally referred to the acrid blanket, most visible in winter, that formed following the introduction of coal in British towns. This understanding of the word -- a blend of smoke and fog -- stuck, despite the fact that smog’s usage has evolved to accommodate the complex composition of polluted air, which not only comprises smoke (and its constituents SO2, NO2 and CO etc) but also contains poisonous substances such as particulate matter (PM2.5 and PM10), trace metals and other composite chemicals. "The perception of smog as smoke plus fog is too simplistic, because smoke isn’t the only pollutant in the air, and fog isn’t a prerequisite for smog, although it tends to worsen in winter because the temperature inversion layer traps pollution near the ground. Smog is air pollution in general: its contents vary’’ says Abid Omar, founder of Pakistan Air Quality Initiative (PAQI), a community-driven air quality data provider.

It’s interesting that Omar’s understanding differs from Aleem Butt’s, Solution Environmental & Analytical Laboratory’s Chief Environmentalist, who conceptualises ‘smog’ as a winter phenomenon and claims Pakistan didn’t experience any this year, having instead a few days of haze, which he defines as high PM levels creating a "dusty environment’’.

Studying variations in Pakistan’s air composition to determine its nature is thwarted by the absence of an extensive network of air quality monitors. Naseem-ur-Rahman, Punjab Environment Protection Department (EPD) Director, confirms EPD currently has six monitors in Lahore, of which two are damaged, while Gujranwala, Faisalabad and Multan each have one. Private initiatives like Omar’s, with six monitors in Lahore, Karachi, Peshawar and Islamabad, have made important contributions, but cannot substitute systematic monitoring by the government.

Whatever the label, the environmental impact is the same, so what’s in a name? While, on one hand, the November 2016 and 2017 "smog events’’ drew attention to air pollution as an issue and increased pressure on the government, leading to the 2017 Smog Policy being drafted, on the other hand the perception of smog as a seasonal problem shifts focus onto seasonal activities like crop-burning and enables officials to claim there has been negligible smog in 2018. National Highways & Motorway Police spokesman, Imran Shah, claimed that motorway closures from Lahore to Rawalpindi on 9th December occurred due to "fog’’, although PAQI readings for Lahore that day revealed a ‘hazardous’ average AQI value of 360. Rahman claimed Lahore’s air quality had improved from a 400 AQI average last year to 200 this year. However, PAQI data from 2017 and 2018 indicates otherwise, and Omar reveals that the highest PM2.5 level last year was 1,000 μg/m3 and 900 μg/m3 this year, an insignificant difference and well above Pakistan’s National Environmental Quality Standards’ daily safe limit of 35 μg/m3.

"The perception of smog as smoke plus fog is too simplistic, because smoke isn’t the only pollutant in the air, and fog isn’t a prerequisite for smog."

A Greenpeace NO2 emission study conducted this in July and published in October identified Lahore and its surroundings as the 30th global NO2 hotspot, indicating the problem isn’t restricted to "smog season’’. NO2, a major source of PM2.5 and Ozone, contributes to smog formation. Main sources were road transportation (40 percent) and power generation (23 percent).  Following the highest NO2 levels in Pakistan on the interactive map leads to Sundar’s industrial estate and Jamber’s Nishat power-plant. However, partially due to the widespread understanding of smog as visually patent, partly to smaller industries being easier targets, and partly to our national hobby of blaming India, brick kilns and crop-burning in North India and Pakistan have been the Punjab government’s focus, with a prohibition on crop-burning operational since October and conventional brick kilns shut from mid-October through December.

Rahman attributes the "absence’’ of smog to EPD’s crackdown on both activities. Speaking passionately about EPD’s "limited staff working non-stop’’ to shut down brick kilns that haven’t installed "cleaner" zig-zag technology, he seems less confident about their success with other industries, saying there is "a lot left to do’’, and that out of 300 steel-rolling mills in Lahore, six had installed dry scrubbers, and EPD was "fining and shutting’’ the rest.

Describing brick kilns as a side issue, Alam questioned the long-term effectiveness of this approach, which left hundreds unemployed. "We’re slowly developing them’’, Rahman replied when asked whether EPD was helping train labourers to operate zig-zag technology, "we’ve had three trainings with Nepalese experts, where owners and labourers were present…but most of their training will happen by observing each other’’. Butt, however, claims these meetings didn’t involve labourers.

Contrary to EPD’s claims about its successful efforts, claims Butt, the "lack of smog’’ this year was because "the North-East wind direction meant Indian air didn’t enter Pakistan, unlike last October when Indian crop-burnings contributed 40 percent while local pollution contributed the rest’’. Omar disagrees, stating that Indian and Pakistani crop-burning contributed no more than 10 percent and NASA’s interactive satellite map indicated there hadn’t been a significant decrease in crop-burning fires from last year.

Despite the smog policy directing EPD to help industries transition to cleaner fuels, Rahman claims "using cleaner energy is less important than having up-to-date technology…the burden lies on the polluting factory, but we can facilitate bank loans’’.

Limited resources inhibit EPD. Each field office has one officer and two inspectors, making it reliant on other departments for implementation. A dearth of air quality monitors makes data-gathering difficult. "We hope to have one in every Zila, hopefully by a year’’ says Rahman. While EPD publishes Lahore’s air quality information on its website, using US Air Quality Index (US-AQI) values, it doesn’t provide source apportionment data on the basis of which AQI is calculated, and its classifications differ from US-EPA’s: while US-EPA classifies US-AQI values over 151 as ‘Unhealthy’, EPD classifies up to 200 as ‘satisfactory’. Rahman argues that the Punjab Environment Protection Council drafted these standards based on considerations of the "local environment and winds’’ by "observing how specific values appear on the ground and their effects on visibility’’, indicating the government prioritises effects on visibility more than (less visible) effects on health to determine severity.

Although the smog policy directs EPD to announce a cut-off date for the compulsory installation of vehicular pollution control devices (catalytic converters), Rahman claims the Transport Department, Traffic Police and Ministries of Science & Technology and Production are responsible for this. Omar reveals that not only has a cut-off date not been announced, but these technologies also require cleaner fuel to function. Despite multiple attempts, Transport Department officials could not be reached for comments.

Global studies reveal dire health effects of air pollution, especially for the pregnant, elderly, children and those with respiratory diseases. PM10 causes eye and throat irritation, while PM2.5 is a carcinogen. A 2015 study revealed 40 percent of Delhi schoolchildren experienced severe lung problems. Hospital admission rates in Pakistan increase during high pollution periods and a study of the effect of the November 2016 "smog event’’ on reported ocular surface diseases indicated a 60 percent increase from November 2015.

"We’re inhaling literal poison: if it was in our food, we wouldn’t consume it’’ emphasises Alam. A "silent killer’’, air pollution is lethal because of its latency. Around 135,000 people in Pakistan die annually because of it, yet our governments don’t treat it as a public health emergency, public discourse remains centred around the "smog season’’, and provincial departments continue prioritising visual indicators over systematic studies as benchmarks on which to base their actions and measure their successes.