A much-loved sport, a revenue- generating industry, a happy festival and more -- kiteflying must return to our skies, not without implementing a set of strict regulations for ‘Safe Basant,’ though 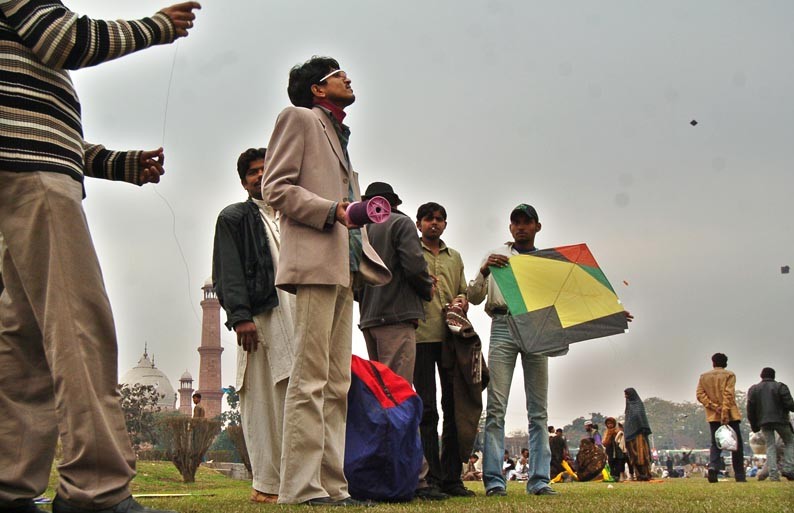 The PTI government’s decision to celebrate Basant in February 2019 has come as a breath of fresh air for the lovers of the sport in Lahore who have lived with empty skies for more than a decade now.

The ridiculousness of the ban -- imposed by the Supreme Court of Pakistan in 2005 -- can be comprehended from the fact that kites are still flown in Lahore when it gets dark, with unregulated dor (kite string) that often also causes loss of life, while absolutely no work has been done to regulate the dor.

Although Basant has been celebrated in many cities of the subcontinent for centuries, the Lahori Basant has always enjoyed a higher status. Its importance can’t be overstated because it defined the identity of the city by portraying the fun-loving and friendly character of its people. Basant portrayed Lahori openness and diversity as it was celebrated across class, religion, caste, gender, and age, countering forms of extremism and violence in society. As importantly, it generated employment in the manufacturing sector for kite makers, kite string makers, shops and dealers; the paper, thread and the bamboo industries. And, in the services sector, the tourism industry benefitted through hotels and guest houses bookings, renting of rooftops especially in the Walled City, the entertainment industry; and, lastly, the food catering industry.

Just the kite makers, primarily home-based women workers and families made up 150,000 low-income workers in Lahore, and about 180,000 in Kasur and Gujranwala districts, while decade-old estimate about the Basant economy put it at Rs5 billion.

Basant was to Lahore what the Rio Carnival is for Rio de Janeira and Brazil. Thus, more than Lahore, it showed the soft picture of Pakistan to the rest of the world, breaking international media stereotypes that still hinder international tourism to the country. It is, thus, mind-boggling why no real effort was made to strictly regulate the kite string when the festival got commercialised and deaths started occurring after the year 2000. But more importantly, leaving the Basant festival banned for more than 10 years cannot but be categorised as criminal neglect on the part of the previous government.

With commercialisation, the thread thickness of the kite string became much greater than 9 dhaar to allow gudda (kite) sizes of up to 5 taava which earlier was up to 1.5 taava, while even 8 ghithi patang started being flown whose earlier norm was up to 5 ghithi.

Further, glue, 300-400 aimbry (also used for making blades), silicon, and iron powder began to be used for string making. Though, as ordinance was passed in 2001 to ban the dangerous kite string, no implementation mechanism was devised. Thus, with rising number of reported deaths, Basant was banned in 2007, and the Punjab Prohibition of Kite Flying (Amendment) Bill 2009 was passed in 2009 which made manufacturing and selling of metallic wire, nylon cord (tandi), or thread coated with "sharp maanjha" (which means that it’s made with a mixture of chemicals, grinded glass or any other dangerous material) a criminal offence with a six-month jail term.

Basant was to Lahore what the Rio Carnival is for Rio de Janeira and Brazil. It showed the soft picture of Pakistan to the rest of the world, breaking international media stereotypes that still hinder international tourism to the country. It is, thus, mind-boggling why no real effort was made to strictly regulate the kite string after 2000s.

The law also banned kite-making and gave powers to the police to raid suspect houses. However, the law left room for the government to allow kiteflying for 15 days in the spring, by ensuring that kite and string makers were registered and the killer dor was not used.

To support regulatory implementation, it also asked the district administration to form district-level different kite flying associations. Still, no serious effort comparable to the importance of Basant was made to close the regulatory loopholes and devise a foolproof implementation plan.

Over the years, the citizens of Lahore have been protesting for the restart of Basant. But these disparate protests by various citizen groups never coalesced to exert the needed pressure on the previous government. One of these groups, the Safe Kite Flying Association which constitutes young kite lovers as well as kite makers has been protesting for the last few years and recently devised both a regulatory mechanism and an implementation plan to support the government in restarting Safe Basant.

The Safe Basant regulation revolves around three elements. Firstly, a safe kite string, according to the law: the thread thickness used in the making of the string should not be greater than 9 taar and only the traditional maanjha which includes levi-maya mix, colour, and glass powder be allowed. Further, only the pinna be allowed as it does not support a thick thread while charkhis should be banned outright.

Thirdly, for motorcycle safety, two antennas should be installed on the motorcycle to make the bike passengers safe from stray kite thread. Multiple safety antennas have been designed and each costs about Rs350 only.

The more critical part is, of course, the implementation mechanism. Since the passing of the law, the government has purely concentrated on coercive measures by the police rather than involving the public to support Basant regulations. Although the law talks about the formation of the Kite Flying Association at the district level, no real mechanism was devised whereby the association could work as a partner with the state to ensure safe Basant.

The first step towards implementation would be to devise a team of competent civil servants to ensure the implementation plan as is done for Moharram. The state should register all players of the kiteflying sub-sector including the dor maker, kite maker, shop owner, and dealer, as stated by the law. The registration process could include a training course to educate them about the dor making regulations and implementation mechanism along with a commitment to adhere to the regulations. A registration fee should be charged for seeking permission for every adda (where dor is made) to help limit the number of registrations (for better audit) and to ensure that the regulation process is taken seriously.

The most critical aspect will be to ensure accountability of the string maker and the seller through traceability of the dor. This can be done by putting a ball which states the registration number of the dor maker, the thread brand and thickness to be used as the base of the Pinna. Further, a sticker with the same information (dor maker’s registration number, thread brand and thickness) along with the adda number should also be placed after every 10 peereys of the pinna.

Also, regular audit visits should be made by state officials to the addas to assess the maanjja being used. The shops and sellers should be required to keep track of who they bought the dor and kites from. For audit purposes, random pinnas should be assessed from the stock of the shop to ensure that no pinna is being sold without the traceability requirements.

Similarly, the size of the kites should be randomly checked. Lastly, to ensure that the killer dor which is already in the market is not used, the government should initiate a programme whereby the owners can replace their old charkhi and dor for a new pinna at a subsidised rate.

For motorcycle safety, the motorcycle antennas should be made mandatory during the month of February to ensure safety of the riders, and those without them should be challaned but only after an extensive educational campaign in December and January along with the provision of antennas in the market.

This brings me to the last but not the least important aspect of the implementation plan -- a citizens’ education campaign. The government should involve media channels, newspapers, and radio stations to provide education around safe Basant regulations as public service messages, and advertisements. The youth of Lahore, in the form of Safe Kite Flying Association, are already going to initiate a 45-day campaign for safe Basant. This includes safety rallies, installation of antennas on motorcycles, and distributing ‘Make Basant Safe’ flyers. They will also run a social media campaign targeting the youth to take responsibility for celebrating Safe Basant.

The government clearly has a partner among the citizens of Lahore that has been wanting the festival back for over a decade now. By treating Lahoris as equal partners, there is absolutely no reason why safe Basant cannot be held.