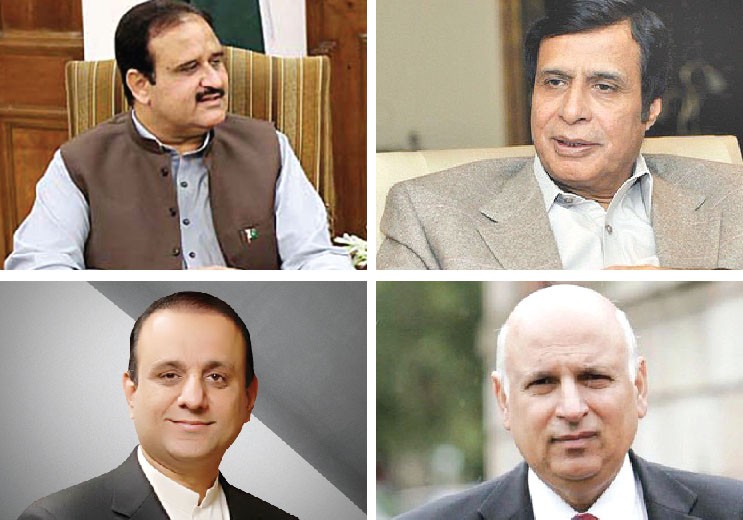 With four power centres, the present-day Punjab is reminiscent of the late eighteenth-century misrule of Lahore by three Sikh chieftains until the Muslims here invited Maharaja Ranjeet Singh to take over.

Before Ranjeet Singh’s powerful government, a triumvirate of three Sikh Sardars, Chet Singh, Sahib Singh and Mohr Singh of Bhangi Misl (one of the 12 misls of the eighteenth century Sikh principalities that acquired its name from the heavy indulgence of its members in ‘bhang’, a psychoactive drug) governed Lahore chaotically.

Ranjeet Singh was the chief of the Sukerchakia Misl of Gujranwala. As he captured Lahore, the 12 Sikh ‘misls’ as a ‘united’ force began to crumble.

So far Buzdar, though inexperienced and indecisive, is relatively powerful due to the unequivocal support of Prime Minister Imran Khan. Chaudhry Sarwar is an artful politician who is conversant with both British and biradari-based Pakistani politics. Pervez Elahi is known as a master of Punjab’s feudal politics and his family has relations in almost every district of the province. And Aleem Khan, known as the financial backbone of his party, Pakistan Tehreek-e-Insaf, is an important stakeholder in the new Punjab quartet.

The power struggle among the ruling quartet has made the governance of Punjab a laughing stock. Rather than a single constitutional authority of chief minister, one can easily see several chiefs trying to strengthen their lobbies. This power struggle has resulted in ethnic, linguistic and personal divisions in the province.

The first obvious division is between the Seraikis and Punjabis. The able and experienced Chief Secretary Yusuf Naseem Khokhar is from Multan and the liberal and well-read Principal Secretary to the Chief Minister, Raheel Siddiqui, from Bahawalpur. This is a rare and perhaps the first example that the CM, the CS and the PS to CM all belong to the Seraiki belt. This shift of power to South Punjab has transformed the political, administrative and social atmosphere of the upper echelons of the province. The Civil Secretariat and the CM office abound in Seraiki MNAs and MPAs. In the Sharif era, people from Lahore, Gujranwala and Sialkot enjoyed more power than did South Punjabis.

Then there are biradari ripples. The Arain Governor Chaudhry Sarwar and Jat Speaker Chaudhry Pervez Elahi have strong lobbies of their own tribe. Sarwar was quick enough to get his clan fellow Amjad Saleemi inducted as Punjab police chief. Pervez Elahi perhaps didn’t have a choice of a tribe fellow, so he supported the appointment of Yousaf Nasim Khokhar as Chief Secretary who had worked with him previously. Aleem Khan used to draw power from Jehangir Khan Tareen. Tareen is quiet nowadays but as a wise tactician he will become active in late January and will be the fifth and most powerful cook in the Punjab kitchen.

Too many power bases in Punjab have resulted in massive cancellation of transfers and postings. This has led to an almost administrative mayhem in the province. The transfer, cancellation and transfer again of Deputy Commissioner Gujranwala is a prime example of this confusion in the administration. DIG Sohail Tajik was posted as Regional Police Officer (RPO) Bahawalpur but Federal Minister Tariq Bashir Cheema got the posting cancelled the next day.

The PTI government is committed to the creation of a new province of South Punjab. The committee to plan the new province is headed by Tahir Bashir Cheema whose brother Tariq Bashir Cheema is opposed to it; he wants Bahawalpur province to be restored instead.

CM Buzdar is said to be in the good books of the First Lady. He may appear to be unassuming but he has, so far, managed full support of the house of Banigala. It is rumoured that whenever Imran is briefed against the CM and is told about his slow grasp of things, he defends him strongly. It is also heard the PM even removed Aleem Khan’s office from 90 The Mall to give Buzdar a free hand. Imran Khan wants his choice Buzdar to succeed and has removed every thorn in his way. But observers believe the CM will have to face a tough time soon.

Historically, Punjab, the land of five rivers, does have a long tradition of principalities rather than one powerful kingdom. Maharaja Ranjeet Sindh was perhaps the first and the last king who single-handedly ruled from the outskirts of Sutlej to Kabul. Soon after Majaraja’s death, Punjab again became a battlefield of Sikh Sardars. Had it not been occupied by the British it would have divided into principalities again rather than staying a single empire.

Following the British period and independence of India, the last 70 years have seen powerful CMs as the sole chief executives of the province. The current state of affairs, too, follows a long and powerful spell of Sharif brothers -- the reason why the quartet system of power is not being digested easily.