A faithful lover of snow

A resident of Karachi, my heart leaps up when I behold snow falling. It means the same to me as the sea would to a child raised in high mountains 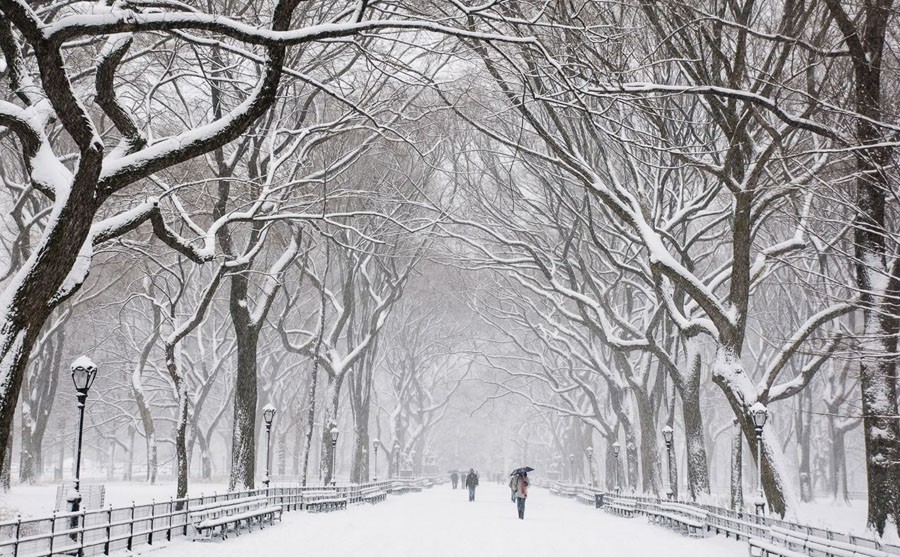 Winter, to me, is another country. And I have often travelled to it, initially in my imagination. In that sense, it is not a season that I would embrace every year -- living in Karachi, as I do.

It was in my early youth, ages ago, when I learnt to escape into fiction and romantic Hollywood movies. That is where I discovered the magic of snow falling like a drizzle, shrouding the entire landscape in a white mantle. What fascinated me was that people lived their daily lives in this white winter. There were references to cosy interiors, lit with the glow of a fireplace. That word aatishdan that I first read in Urdu translation of Russian stories also seemed foreign and enigmatic.

I remember that the first book I was able to buy was A. Hameed’s Jahan Barf Girti Hai. It was about our own winters in the mountains but what I really longed for in those days were the faraway and seemingly unreachable places in Europe and the United States. It was there that snow fell on big cities and vast, open spaces. Doctor Zhivago made me shiver with wonder and excitement.

If this account of my yearning for a snowy winter sounds melodramatic, the reason is that I had to wait for a very, very long time to be able to walk in the snow and feel its flakes falling on my face. I was in my 30s when it happened. It was not just a fleeting encounter but an intensive experience because I was able to spend two entire winters in upstate New York.

After that, I have had numerous opportunities to spend time in snow-bound locations and I have enjoyed all my wintry excursions. It did make a difference that most of these visits were journalistic in nature. You were looked after and usually were in very good company in a somewhat exotic setting. There would be time to have long dinners and lively conversations in heated rooms while it snowed in streets outside.

The irony here is that I am talking about winters in unfamiliar, foreign climes where this season is culturally associated with despair and difficulties. In the West, summer is the time to be happy. It is just the opposite for us, in the plains of South Asia. This contrast has been present in my fascination for, in a sense, other people’s winter.

Without going into any philosophical elucidations of how we relate to seasons emotionally or intellectually, I can only confess to having this strange relationship with winters that resembled the seasons I had read and dreamt about in my youth. I consider it my good fortune that so many of my dreams in this context were realised.

As I have indicated, I have spent three years in the US on two separate occasions but many fond memories of winter were gathered in short visits to other countries. It was in the January of 1987 when, for instance, I was in the then West Germany for nearly two weeks. Journalists from various countries were invited to study the political system and also cover national elections.

Winter should be a happy time for us. The long evenings should enhance the warmth of companionship.

Many conferences and tours are held in winter when there are not many distractions. It is the time when new plays are staged and new books are published. There is a tendency to be more thoughtful and serious about work at hand. Hence, I have been able to spend some winter nights in different places.

Winters, I concede, can be bothersome. I have had to walk in temperatures many degrees below zero and struggle through snowstorms. I have driven on treacherous, icy roads. But I generally took it as a participant-observer and sort of enjoyed it.

A life lived in long, hot summers could always find some relief in such adventures. I have been faithful in my love affair with snow and, as the poet said it about a rainbow in the sky, my heart leaps up when I behold snow falling. It means the same to me as the sea would to a child raised in high mountains.

But, of course, I am a permanent resident of Karachi, a city that is denied even a respectable winter. So, I have to make the most of what we have. We were promised Siberian winds this week and all we had was just an excuse to take out our woolies. In this season, Islamabad would surely be nicer, with the hills not far behind.

Still, wherever we may be, this is our winter and the month of December and the year of 2018 are winding down. A new year is waiting in the wings. This sense of passing time adds to the melancholic mood that this season traditionally inspires. "We look before and after,/And pine for what is not".

Also read: Restrictive in more ways than one

Ideally, winter should be a happy time for us. The long evenings should enhance the warmth of companionship and conviviality. We get time to read and to think. And, perhaps, to forget what we have had to endure. In many ways, winter is our spring. It will be over before we know it.

A faithful lover of snow