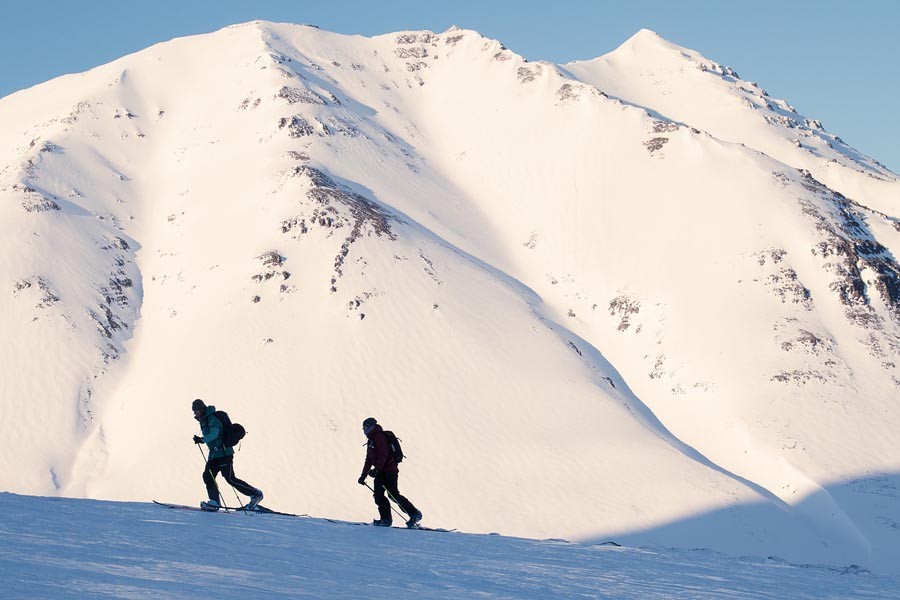 The fourth edition of the Pakistan International Mountain Film Festival (PIMFF) was held in Islamabad at the National Art Gallery (PNCA) between Dec 15 and 16. With over 880 submissions from all over the world, the selection committee chose the best 25 played over the two-day show. The affair was inaugurated an evening before at the Serena Hotel by co-founder Wajahat Malik, who introduced the independent festival as a passion project that has evolved through its installments.

Celebrated Pakistani mountaineer, Col. Sher Khan addressed the attendees by sharing his own incredible experiences, whilst Director General PNCA and veteran actor-director, Jamal Shah, and ambassadors of Portugal, Myanmar and Tajikistan also graced the launching event with their presence. Trailers of some international offerings were played, followed by the screening of perhaps the most compelling feature from the festival, the fictional British documentary, The Frozen Road, depicting an alpine story from the early 1990s in occupied Central Europe.

At one point in the film, the shepherd boy is warned of wolves by villagers and as he rests for the night in the forest, he hears howling -- and is later rescued. It is that very adrenaline rush that kept one hooked to the documentaries, fictional and animated narrations that were screened at the PIMFF.

The first day was opened by Challenging Chillinji. Though one of the weaker films, technically, it gave one goosebumps from the journey that the middle-aged Pakistani couple undertook to cross a high mountain pass, Chillinji in Hindukush, only to break from the monotony of their daily routine.

The animated shorts, Croatia’s English Off Belay and Brazil’s Portuguese Uruca II were both, raw, fresh and well-made, putting forth the true spirit of mountaineering that involves much more than the idea to experiment, but zeal and perseverance, and impetuous passion.

Speaking about his personal experience of shooting the Hollywood movie, K-2, Jamal Shah told The News on Sunday of how he resonated with the spirit of individuals recording their journeys.

"I played a mountaineer, so I trained under international professionals, including Nazir (Sabir) Sahab. I know how challenging it is for a mountaineer to be part of a summit team, Attack Mountains that are majestic and imposing," he shared, on the sidelines of the jamboree. "You have to have this madness inside you, an obsession or need to be a mystic deep down to embark on such adventures. It’s the need in someone to experience ultimate beauty, and you’re in contact with pure nature."

The festival at large also gave back to the society by subliminally affecting mindsets of the viewers. Though in poor taste, ad-films’ firm, Hassan Studios shot water-conservation public service messages that played out in between breaks and films. There was also great diversity and inclusion in the films that the committee selected. Women in adventure sports were honoured to the fullest in intriguing accounts of accomplishment and sacrifice, presenting a voice that wasn’t deemed acceptable a few years ago.

The 26-minutes-long documentary from Iceland, Land Shaped by Women, included women the filmmakers met along their voyage to the spectacular Northern Lights. Break on Through from the US documented the inspiring expedition of a 19-year old woman who achieved the 5.15 grade of modern-day rock climbing. Mokshah was on three Nepalese women bikers.

Films that challenged conventions included Mexican film Ice Calling that chronicled the lives of two men belonging to the land of no major ice formation set to conquer Slipstream in Canada; France’s Zabardast, in the backdrop of the Karakoram Range and Austrian Strib Langsam on an alpinist’s decline. These films projected mountaineering as a form of self-expression and catharsis.

The turnout at the event was lukewarm perhaps because of "the lesser-outgoing audience of Islamabad as opposed to Lahore," thinks Wajahat Malik.

Malik, who’s a dedicated mountain filmmaker and paraglider, introduced the PIMFF as the second of its kind in Asia, after the Kathmandu Mountain Film Festival, Nepal, which he visited in 2014 to learn the ropes after conceptualising his own rendition. Hosting the first PIMFF, in association with the Punjab government at Alhamra in Lahore to a massive response, the festival has unfortunately only grown negligible for the corporate sector and funders.

"In 2015, we’d invited climbers, photographers, writers -- everybody associated to mountains and the environment from all over the world, including countries like Brazil, USA, Australia, Kazakhstan, UK, Nepal," Malik fondly recollects. "The money and resources made available to us by the Punjab government allowed us to treat them as state guests, exhibit pictures, host talks; and all of it created a lot of noise, that travelled far and wide, and people took notice."

Malik had it all planned in 2016 as well, when prior to the festival, there was the bomb blast at the Gulshan-e-Iqbal Park in Lahore, and the Punjab government pulled out due to the ‘security situation’. "PNCA came to the rescue, but the Pakistani state, its people, and the corporate and development sectors don’t realise the true potential of the northern region. We wrote proposals and went to the corporates, but we were turned away with a pat on the back; somehow all the money goes to cricket in Pakistan," he adds.

Shah, who’s opened his doors for the independent festival to be held at PNCA annually, feels that it’s pertinent for it to grow and the federation to get involved. "In this country there is no infrastructure available to support initiatives like these. This festival complements the amazing beauty and national heritage of Pakistan, we’re known for our mountains. If somebody is trying to establish a festival that links you internationally, I thought it was very important for PNCA to support it. We’ve done it for three years and we’ve signed an MOU to continue hosting it."

Though the content that came together at the PIMFF 2018 was electric -- just like Led Zepplin’s track, Misty Mountain Hop, the endorsements are anything but. The platform has a long way to go, perhaps not in its cinematic approach, but marketing and recognition in the mainstream. Malik hopes to continue with whatever little assistance he has -- for he believes the festival of such international standing has potential to affect domestic and foreign tourism, creating awareness for reducing pollution and highlighting a softer image of Pakistan.

How far can all of it truly be applicable? Only time can tell…