Exploring South Punjab, especially with reference to the status of women and violence against them. A firsthand account 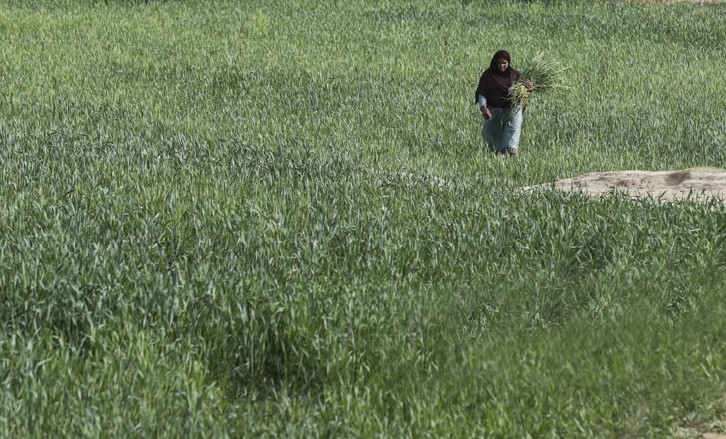 It was a pleasant surprise for me to come across a confident group of rural women in Jatoi tehsil of Muzaffarabad district in South Punjab. They were sharing their experiences and problems and even interrupted when they felt that men from their community were not able to express themselves properly. This was the same tehsil that became known to the world for Mukhtara Mai’s incident where a jirga allegedly ordered her to be raped.

I was part of a group of journalists visiting the area to review the progress of a sanitation project in Sanotra village and talking to this group. They were participating in a debate arranged specifically for the purpose. The said project launched with the collaboration of local and international NGOs and active participation of the people was about building low-cost latrines in houses and putting an end to the practice of open defecation. For ages these people had defecated in the open and relieving themselves in their houses in full privacy was too novel a concept to them. Many of them thought it was inappropriate to use the premises of their houses for this purpose.

So, what prompted them to change their age-old habit and spend money on these facilities when they had too little to spare. Was it a realisation that open defecation and improper sanitation were causes of diseases like hepatitis, diarrhea and polio? No doubt they started thinking differently after attending awareness sessions managed by these NGOs, but there was something else too.

It was the sense of protection that women felt that worked as a catalyst and helped convince the community.

To explain it, a middle-aged woman from the village shared an incident where a mother of four young children was accused of having illicit relations with a man belonging to the same village. Her only fault was that she was seen crossing paths with that person while returning from fields where she had gone to relieve herself. Note that women are supposed to go to fields in groups and only at certain times of the day. Making such a visit at an unusual time and alone was enough to invite suspicion and allegations.

What followed was that the accused woman was divorced by her husband and the sister of the accused man abducted for marriage with the former’s husband in compensation. Later on, the plan was abandoned when the accused man’s family agreed to pay a huge amount in fine to the girl’s family after selling off their property.

The worst part of the whole story was that no effort was made to prove the allegation and mere accusation was the basis of conviction.

Ataullah, a social mobiliser who has worked on the project, shares that protecting women’s honour and saving them from similar accusations was the driving force behind this intervention.

Other startling revelations came to light while travelling across the rural areas of districts Multan, Muzaffargarh, Dera Ghazi Khan, Layyah and Rajanpur. Certain communities have more regard for customary practices, however archaic they are, than the laws of the land. Customs take precedence over laws.

During discussions, it became known that the district government had decided to strictly regulate the sale of acid because it was being used too commonly in cases of acid crime. Despite these restrictions, acid is a household commodity as families working as a unit use this acid to remove cotton lint from cottonseed. De-linting is a must for cotton seed production and that is why acid has remained on sale at kiosks, vendor carts and even general/departmental stores in villages in cotton producing areas.

Non-profit organisations like Acid Survivors Foundation (ASF), who have been working for women’s rights and curbing violence against women, have found the number of acid attacks highest in this region. The District Headquarter (DHQ) hospitals frequently receive victims of acid burns and many of them are referred to the Burn Unit of Nishtar Hospital for treatment. ASF has reported that 85 percent of the acid attacks occurred in Punjab, mostly in southern Punjab followed by Sindh, Khyber-Pakhtunkwa, Balochsitan, Islamabad Capital Territory and Azad Jammu and Kashmir. However, collection and releasing of this type of data by NGOs will not be possible now as the Government of Pakistan has imposed a ban on such activities.

I also came in contact with a community which had seen several women attempt suicide by consuming what they call kala pathar abundantly available in the region. The chemical name of this stone is Paraphenylene Diamine (PPD). It is extremely poisonous and used as a permanent hair dying agent or mixed with henna to get the desired texture. It has been reported that PPD causes edema of face, neck, tongue, pharynx and larynx and causes multiple organ dysfunctions including renal failure. It can cause death within hours and the outcome depends mainly on the amount ingested. In 2017 alone, 52 women had died due to PPD intake out of the 156 who had consumed it. There are fears that some of them were force-fed this chemical but this could not be established.

Dr Ibrar Khosa, then in charge of the intensive care unit at the teaching hospital of Ghazi Khan Medical College, confirmed these figures.

Muhammad Hanif, a lawyer based in D G Khan, points out that age-old customs like Watta Satta (exchange marriage), girls’ marriage with infants, Vani (settlement of disputes by giving girls in marriage), declaring unmarried couples karo kari and worth killing just on suspicion of any contact between them not only create psychological problems in women, they lead to enmities if people show disregard to these. The number of suicide attempts and acid attacks is also high for this reason as he states "a reasonably big number of cases brought to the courts have this background".

Hanif says though commissions and units working under the Punjab government have set up helplines and women protection centres in the region, the need of the time is to change the mindset of people in this region. "Things will change the day they stop considering women as a commodity and symbol of their so-called honour," he concludes.