It is the shortsightedness of the Pakistani state that it has made an independent part of Gilgit-Baltistan part of the Kashmir imbroglio. As a result, Gilgit-Baltistan has become a marginal issue in the core narrative of Kashmiri nationalism 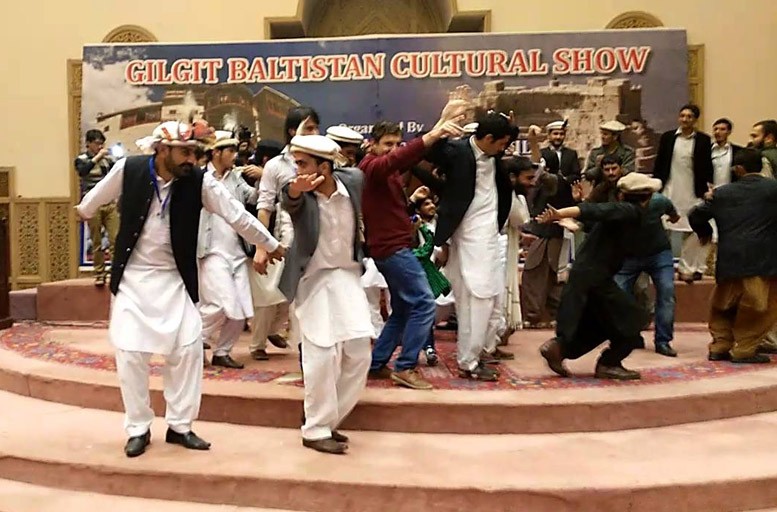 Since the departure of the British from the Indian subcontinent, Kashmir issue has remained a major irritant in the regional politics of South Asia. This is not to suggest that Kashmir was a non-issue during the colonial period; rather the purpose is to highlight how power dialectics of a local Himalayan princely state has grown into a major issue of South Asia in the post-colonial period.

It was the transactions and experiences during colonial period that produced a certain mindset, then consciousness, which ultimately has given shape to the idea of ‘Kashmiri’ as a nation among myriad nations in the Indian subcontinent. However, despite conceptualisation of Kashmiri nationalism for more than 90 years, the definition of ‘Kashmiri’ still remains ambiguous.

Though the ambiguity within the nationalist Kashmiri discourse has its own shortcomings, it allows Kashmiris to cast the net of definition wider to encompass other racial and linguistic groups, and geographical regions within its ambit. As a corollary, some regions have become subalterns to the Kashmiri discourse of nationalism.

Gilgit-Baltistan is one of the regions, which has become liminal by taking the brunt of Kashmir dispute. Every time when the government of Pakistan mulls over changing the status of Gilgit-Baltistan by making it part of Pakistan, Kashmiri leadership vehemently opposes because they deem it would jeopardise the status of Kashmir. Last week, Prime Minister Imran Khan approved the interim province status for Gilgit-Baltistan. This decision elicited angry response from Kashmiri leaders of all political persuasion.

The main argument of the Kashmiri leadership in support of their claim of Gilgit-Baltistan being an integral part of Kashmir, is derived from the very historical events that led to their subjugation to the Dogra dynasty. It was the Dogra ruler who ceded Jammu and Kashmir to India, and the remnants became part of Pakistan.

Unlike Jammu and Kashmir where the local ruler rode roughshod over popular sentiments, the region of Gilgit-Baltistan took a different historical trajectory by throwing the yoke of Dogra rule. It is the shortsightedness of the Pakistani state that it has made an independent part of Gilgit-Baltistan part of the Kashmir imbroglio. As a result, Gilgit-Baltistan has become a marginal issue in the core narrative of Kashmiri nationalism.

On the other hand, Kashmiri nationalists seek justification from the period of the British Raj when Kashmiris were left lock, stock and barrel to Dogras. Some researchers even refuse to accept the existence of Kashmir before the dissolution of Sikhs Empire when the British defeated the Sikhs. According to Amar Singh Chohan, Jammu and Kashmir became a separate state after the disintegration of Sikh Empire by the English when they sold it to Gulab Singh for Rs 75 lakh in the Amristar Treaty on March 16, 1846. What appears from the claims of Kashmiri nationalists and proponents of Dogra Raj is that the former group is made subordinate to a broader Sikh history.

The very notion of Kashmiri nationalism has taken shape in modern time where the thinking cannot escape the very idea of borders of nation state. Though the subjugation of Kashmiris to meta-identity of India has given birth to a resistance to both Indian identity and power, it at the same time has propelled them to create their own subalterns by lumping diverse cultural regions under the single rubric of Kashmir. Therefore, Gilgit-Baltistan appears to be secondary subaltern of Kashmiri subalternity under the meta-identity of nation states of India or Pakistan.

Just as Sikhs lament withering away of their sphere of influence and power, and later disintegration and its reduction to Eastern Punjab, Kashmiri nationalists also regret and fear the loss of non-Kashmiri areas, which were under the Dogra control.

It would be better for Kashmiri intelligentsia to create its identity by soul searching, not by relying on colonial experiences of disparate communities who were brought under the common space of single power that did not have legitimacy among indigenous population.

Historically, the borders between Kashmir valley and Dardistan (Gilgit-Baltistan) used to diminish and expand with the vagaries in power. The inhabitants of Gilgit-Baltistan were also called Dards. It is claimed that Dards ruled the region spanning from Nuristan in Afghanistan today to the valley of Kashmir and even areas of Tibet.

Before the advent of Dogras in Gilgit-Baltistan, the only claim of any Kashmiri ruler to defeat Dards were found in Lalitadiya Muktapida who claimed, "to have defeated ‘The wine drinking Daradas’ in the Northern region around A.D. 751". The Northern region of Kashmir means that Dards inhabited deep vales in the mainland Kashmir. The northern region is situated in Gurez valley which is now known as Kishenganga. This region is still inhabited by Shina speakers. A defeat of Dards in the periphery of Gilgit-Baltistan by a foreign ruler from the valley did not affect the power centres in either Gilgit or Baltistan. Also, an event of chipping away or inclusion of a peripheral area does not qualify it for the position of complete victory because it does not disrupt power arrangements and relations in Gilgit-Baltistan. The real rupture in social and political sphere occurred with the advent of Dogras first in Kashmir and later in Gilgit-Baltistan.

History can be ab/used to supply ammunition for modern political needs. Kashmiri nationalism derives the legitimacy of its claim of Gilgit-Baltistan from ahistorical and anachronistic reading of the Dogra period. A major weakness of the Kashmiri nationalism is that it bases its argument on the powers that ruled over different regions of High Asia through usurpation. With the change in power, the allegiances of local people also changed, but what remained immutable is the basis of modern narrative of Kashmiri nationalism. It is still not clear in the Kashmiri discourse of nationalism what makes a person Kashmiri?

Some argue that people of Gilgit-Baltistan and Kashmir share the same geographical conditions. It presupposes that similar geography engenders same identity. If this is the case, then Nepalese and Bhutanese can be declared Kashmiris for they have the same terrain. The argument of Kashmiri language as the identity marker does not hold true for the diverse linguistic communities living within Kashmir valley and Gilgit-Baltistan. The only argument culled by Kashmiri nationalism for its narrative from the colonial period is alienating the people of Gilgit-Baltistan instead of integrating.

Call it a default of history or coincidence, the mainland Kashmir witnessed inclusion of non-Kashmiri areas like Ladakh, Kargil, Guraiz, and Darasi in 1948, and few more villages in 1971. It became possible not because of indigenous struggle but because of power politics between India and Pakistan. It was military annexation of communities in margins by the centre that tries to impose meta-identity on peripheries. This is done through cordoning off the valleys from main cultural centres as it is the case with Balti and Shina-speaking areas that are in Indian held Kashmir, and reorienting them towards new centres.

Gradually, these areas have been weaned away from their cultural brethren across borders. It is against this meta-identity that Kashmiri nationalism asserts its uniqueness but Kashmiris oppose any attempt by non-Kashmiri cultural groups’ claim of their distinct identity in opposition to Kashmiri one. It is the apathetic attitude and opposition of Kashmiri leadership both in the Indian held Kashmir and Azad Kashmir in Pakistan to mainstream Gilgit-Baltistan that has generated anti-Kashmiri sentiments within local populace.

During the last four decades Gilgit-Baltistan has witnessed increased connectivity with Central Asia and South Asia. Now CPEC will help expand its range of interaction with more Central Asian states. Also, it will help reestablish cultural, historical and kinship connection across borders through new kind of networks and associations. On the contrary, Kashmir valley is still a politically landlocked region under Indian rule. Kashmir has already witnessed severing of its core areas of Jammu and Azad Kashmir.

The longer this isolation remains, the more the neighbouring regions of Jammu and Kashmir will become unaware of Kashmir valley. It has also alienated Gilgit-Baltistan because of anomalies and contradictions in the Kashmiri nationalist discourse. It would be better for Kashmiri intelligentsia to create its identity by soul searching, not by relying on colonial experiences of disparate communities who were brought under the common space of single power that did not have legitimacy among indigenous population.

The writer is a researcher with background in philosophy and social science.