A book reader’s -- or collector’s -- paradise 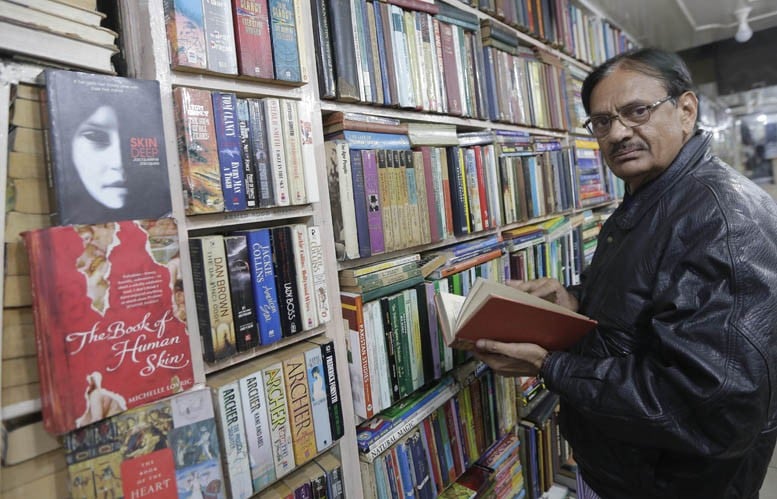 Ahmad Javed, aka "Javed bhai," is a man in his early sixties. He runs a bookshop in the New Anarkali bazaar. It’s a small, two-portion space that offers books on a variety of subjects. It’s a book reader’s -- as well as a collector’s -- paradise, if you will.

As I enter the place, and start chitchatting with Javed, I find that he isn’t a very happy man. He explains that this has to do with the fact that his clientele is dwindling: "There are very few people who come to the shop. Internet has destroyed the business. People prefer reading books online now."

To validate his argument, he says that there was a time when he had four assistants at the shop; they would help him run the affairs. Today, he has no staff. He cannot afford to hire any.

Born in the Walled City of Lahore, into a poor household, Javed says he was quite young when he landed in the Anarkali bazaar, in a bid to earn his livelihood. The year was 1972; he started as a salesman at an old book store for a daily wage of Rs5. He was 14 at the time. "I never looked back," he says.

Reminiscing about the days of yore, he becomes emotional. "Nothing is left of that era," he says, ruefully. "There was a time when I had the honour to entertain our literary greats like Ashfaq Ahmad, Bano Qudsia, Dr Enver Sajjad, Saghar Siddiqi, and also Abdur Rehman Chughtai. I also had a loyal customer base among lawyers, engineers, doctors, politicians, and students who were big readers.

"It was a time when Urdu magazines and digests such as ‘Adab-e-Lateef,’ ‘Funoon,’ ‘Nuqoosh,’ and ‘Naya Daur’ were in huge demand," he says. "The readers would come over, and browse through the books over hot cups of tea."

Ustad Daman was another notable customer -- "I remember, he loved samosas with steaming hot tea; he’d reject it if it was even lukewarm."

Saghar Siddiqi, Javed recalls, was his customer in the 1970s and 80s, but "he would just flip through the books and pay. He was a quiet man, I hardly ever found him talking."

"Nothing is left of that era," he says, ruefully. "There was a time when I had the honour to entertain literary greats like Ashfaq Ahmad and Bano Qudsia".

Javed, who studied up to matriculation only, says that "whatever I know about books, I learnt it with experience."

A few years ago, his only son moved to London, UK, because he didn’t fancy a career in an old book shop. Today, he is all by himself at the shop. But he remains undeterred. He declares that he isn’t going anywhere, come what may.

Our conversation is interrupted as two young guys enter the shop and start browsing through the books that are neatly stacked in shelves in the upper portion of the bookstore. Another visitor comes in; he’s looking for a rare edition of Shakespeare’s Hamlet. He reveals that he’s a collector of the different editions of the book. Clearly, there are many lovers of books (in physical form) around, and it’s not over for people like Ahmed Javed dealing especially in vintage books.

A book reader’s -- or collector’s -- paradise