In the grip of tribal clashes 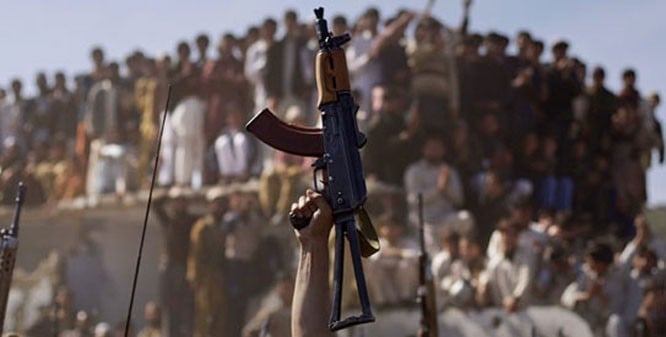 In the 1980s, two factions of Maher and Jatoi tribes started fighting each other in Lakhi, a sub-district of Shikarpur, Sindh. The conflict started over a dispute on a piece of land. The two sides had violent fighting which stopped after two years. However, only momentarily. It restarted two years later, this time due to a dispute over who gets to fish in water pockets developed in the agricultural fields near Indus River.

Many other disputes kept the conflict alive for around 20 years. While no consolidated information is available about the losses during the conflict, around 160 people were killed within a decade (between 1992-2002) as per a Dawn report. The conflict involved some 150 villages across the district and hampered the education of two generations inhabiting in these villages, some local people claim.

Shikarpur was not the only district of Sindh marred with such conflicts. Bhittai Social Watch and Advocacy (BSWA), a Khairpur Mirs-based NGO, documented all tribal conflicts reported in Sindhi newspapers between 2010 to 2014. The five-year data showed that a total of 1,566 clashes were reported during the five years in 22 districts of Sindh. That means that on average 313 conflicts were reported per year -- roughly one tribal conflict was reported every day, whereas some conflicts may not have been reported in the media.

I was involved in a BSWA research study on the causes and impact of the tribal conflicts (the study was published as "The Tribal Trouble" (2012) and is available on www.bswa.org.pk). In preparing this piece, I reached out to some contacts who had facilitated us in the research to see if the situation has improved and the cases have reduced. Most contacts suggested a reduction in the reported cases. To test their claim, Kawish, a Sindhi newspaper, was quickly browsed through for last two months (October-November 2018) to find out reported cases in these months. As per a quick scan, 69 tribal conflicts were reported from 18 districts. Khairpur topped the list again with 12 cases. Extrapolating this finding, one can assume that the average number of conflicts per year remains almost the same as observed in 2010-2014 by the BSWA data.

BSWA’s 2012 study showed that the conflicts had negatively impacted the economy, sociology and culture of the areas affected by tribal conflicts. Children and women have been worst affected by these conflicts. While latest figures are unavailable, Shaam, a Sindhi newspaper, had reported 88 schools were closed in the tribal conflict-affected areas of District Khairpur alone while three schools in its Kigri Taluka were destroyed during the conflicts in 2010. In Ghotki some 35 schools were reported as affected while in Kashmore and Shikarpur districts education in 30 schools was intermittently affected.

For women, the problem is twofold. First, they lose male family members as they are either killed or arrested by police. Therefore, women are often left alone to look after the family and fight cases in courts enduring an inefficient justice system and complete several household chores. Second, many of these conflicts are solved through Jirgas where women are paid as a price of settling conflicts in many cases (the practice is locally also known as Sungi-Chatti).

Why do such conflicts happen? Our 2012 study had also askedthe same question. Various economic, social, political and cultural reasons trigger these conflicts. Some reasons are severe such as land disputes, damages to crop, theft of livestock, adultery and dispute over money lending. Others may be very minor; a group in Shikarpur had shared that a tribal conflict started after someone plucked a cucumber from an agricultural field.

Geopolitical situation is also believed to have contributed to the escalation of these conflicts. The free inflow of guns during the Afghan war increased the intensity of tribal conflicts in rural Sindh, in a similar way as gun access aggravated ethnic conflicts in Karachi. While some would argue that ‘guns don’t kill people, people kill people’, access to arms changes power dynamics and the ability of people to fight back.

As the attacks became eminent, people even sold livestock and lands to purchase arms to ensure their ability to fight back. Such tribal violence has painted Sindh negatively across the otherwise pluralistic, loving and peaceful Sindhi society.

But many locals believe that the intersection between feudal, cultural and political patronage is among the chief reasons behind these conflicts. During the research, participants had argued that politicians, who in many cases also happen to be feudal or vice-a-versa, put their weight behind tribes supporting them. Due to such phenomenon, police also shy away from taking legal actions in many cases. Some police officials had accepted this bitter reality in the research study by BSWA while Anatol Lieven has also quoted a police officer making a similar claim about their limitations to take actions against tribal conflicts (see Lieven’s Pakistan: A Hard Country).

The situation is further complicated by a weak and inefficient judicial system, due to which many people turn to Jirgas for resolving these cases. The 2010-2014 BSWA data showed 765 of the reported conflicts were resolved through Jirgas. With such weak state structures, many locals argue that it is the absence of state due to which these conflicts continue to prevail, and that there is impunity about people taking the law into their hands.

In the grip of tribal clashes