Sindhi nationalism is strongly rooted in our peculiar history but currently, in the absence of its iconic leadership and persistent defeats in elections, it has been pushed to the periphery 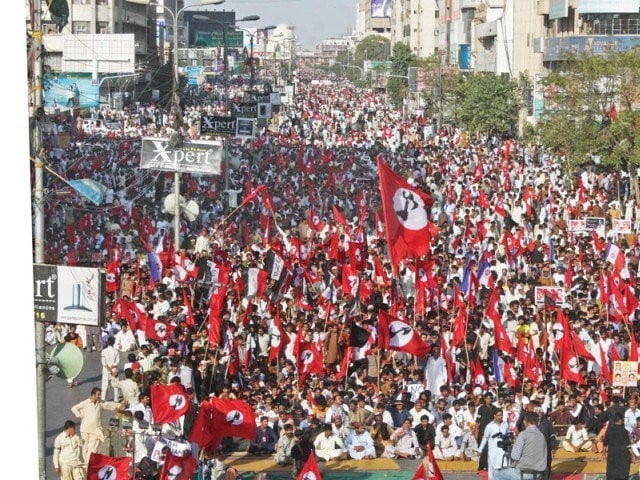 The story of Sindh’s rights movement has been most fascinating. It’s a puzzle for people in Punjab and a passion for the natives. Sindh was the first province in British India which passed a resolution in favour of Pakistan, demanding creation of a separate homeland for Muslim majority provinces (not for Muslims of India; those who were made to believe that should read the resolutions, agreements and texts of partition plan).

What went wrong? How did a province that helped create Pakistan generate a powerful nationalist movement against the oppressive centre that continues to enjoy a support base in Sindh?

Pakistan’s dictators produced discontent on a huge scale responsible for the rise of nationalist movements in Sindh. Ayub Khan’s One Unit was the worst thing to happen to this country. Long before Zulfikar Ali Bhutto formed his PPP, Sindhi masses were following popular leaders like Haider Bux Jatoi, G.M. Syed, Sobho Gianchandani, Rasool Bux Palijo and Qazi Faiz Mohammad who had not launched their own parties yet.

A Pakistani narrative developed by authoritarian state is incompatible with Sindhis’ socio-cultural and historic point of view of its past, present and future. Sindhis consider themselves a nation, a people with their distinct language, culture, civilization and history. Nationalists fought heroic struggles for democratic rule in the country. In their view, only democracy would allow them to take control of their resources and governance, while martial laws brought people from other provinces to rule them.

After suffering defeats in successive elections, the nationalists developed a distaste for power politics, terming such politics expedient and compromising at the cost of national interests. From G.M. Syed to Rasool Bux Palijo in the past and most recently Qadir Magsi and Ayaz Latif Palijo and Jalal Shah, all have been defeated in elections by PPP. Defeats in elections and return of democracy in the country have reduced their political influence; and even raised a question about their relevance.

In the recent past, many nationalist parties’ leadership has joined PPP and other mainstream parties, though these parties term such individual decisions a betrayal to the cause they stand for.

It is interesting to note that unlike most nationalistic movements in other parts of the world, which trace their roots in war, power and lost glory of power, Sindhi nationalist movements take pride in their sufi, mystic, inclusive and plural values. Nationalist movement in Sindh has been a progressive, secular and liberal movement led by the middle class.

Unlike most nationalistic movements in other parts of the world, which trace their roots in war, power and lost glory of power, Sindhi nationalist movements take pride in their sufi, mystic, inclusive and plural values and is led by the middle class.

A cursory view of the social composition of Sindhi nationalist parties shows that, by and large, it is a movement that expresses sentiments of the lower middle class and represents their interests.

Sindhi nationalist movement is no more a phenomena of rural Sindh; there has been huge mobilisation of people from rural to urban areas. According to the most recent census, Sindh is by far the most urbanised province in Pakistan with over 50 per cent of people living in urban areas. Nationalist parties have more following in urban areas than rural. Interestingly, PPP too is more popular in Sindhi-dominated cities. Pro-establishment local lords can defeat PPP in a far-flung Kacha area but not in a city, where political consciousness is widespread, people know who to vote and why. For example when Gen. Musharraf had then placed PM Shaukat Aziz to contest a by-election in Tharparkar, he lost in the city of Mithi.

The existing nationalist parties may not have a future, and could be rendered irrelevant. But the growing discontent, inequality, administrative and political control of centre over Sindh, exploitation of Sindh’s natural resources, their control, from oil, gas, port and water, all adds up to a narrative -- why should Sindh and its people suffer, remain poor, and stay out of the decision-making institutions and confined to periphery.

Thus, when thousands of people come out on streets on the annual celebration of Sindhi culture day, without the call of any party, it shows a strong sense of belonging and yearning that runs deep in blood and thought process of people. The mass celebration of culture day is an expression of strong nationalistic statement by the rising working and urban middle class.

The more the socio-economic complexion of Sindhi society changes, the more it will broaden the base and scale of the nationalist movement or what some call Sindh’s rights movement.

If the establishment continues to suppress nationalist parties, the resultant discontent could be exploited by the politico-religious parties in Sindh, which is going to be disastrous. Religious rightwing has a huge presence in rural areas of Sindh, in particular upper Sindh. These groups have not reached a level where they could make electoral inroads, but their street power is already scary. In many villages, music in weddings is banned.

Observing the nationalist movement in Sindh, this writer is of the view it is not necessarily secessionist. It seeks a rational resolution of its grievances and recognition of its historic politico-economic and cultural rights.