What keeps PPP in power

PPP continues to be the leading force in rural Sindh. Opponents accuse it of misgovernance and corruption but an objective view of the on-ground situation is in order 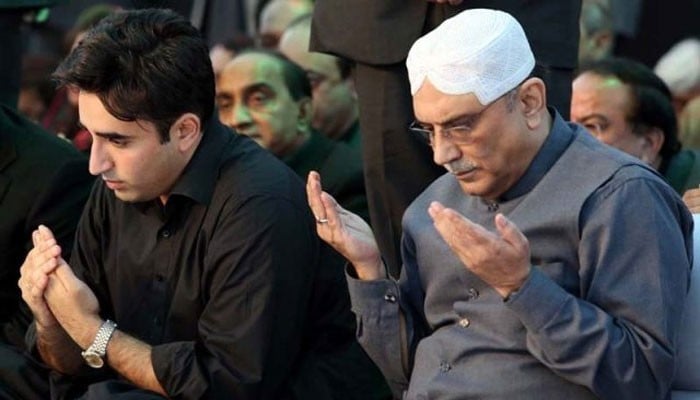 Pakistan People’s Party (PPP) continues to lead from the front in Sindh. After completing two terms in government, the party has again been voted in for a third time in Sindh. Its base remains in the rural areas. What is it about the party that has kept it in power for more than ten years? While the mainstream media continues to project Sindh, and hence PPP, as a test case of bad governance and corruption, an objective view of the reality on ground is in order.

In all these years, among other things, what goes to the PPP’s credit is the opening of as many as half a dozen universities and the same number of university campuses in rural areas. Sindh is also a major beneficiary of Benazir Income Support Programme (BISP). According to figures from 2017, the number of beneficiaries of the programme in Sindh is 1,905,436 as opposed to 2,022,831 for Punjab -- a difference of 117, 395.

Of course, there are factors which gave an edge to PPP and it played them intelligently. The interplay of culture and politics -- dynamics of power and resistance in the cultural and social sphere -- play an important role whose symbols, identities and narratives the PPP deploys skillfully to further its politics.

Political dynamics, especially those that are rooted in history, suggest that Sindh has consistently remained engaged in a struggle for its identity, language and culture. Sindhi intelligentsia believes the province’s identity has been under threat since the British period when it had to endeavour for separation from Bombay Presidency. After a gap of two decades, when One Unit was imposed in the new country, it struggled afresh for its identity and language. Settlement of affectees of partition in the province further complicated the situation.

Therefore, continuing with its track record of soft cultural activities, PPP has opened institutes for music. It has engaged with writers and intellectuals, while organising literary and cultural festivals in nearly all districts of the province. No doubt these are progressive steps. Some say the party has been playing with the emotions of the people; others see it as the party’s essential ethos.

Emergence of Mohajir politics in the province’s urban centres weakened all national level parties. PPP was a major sufferer as it was confined to rural areas. Ethnic divide does play a part in voting pattern and political support. The fear factor has also helped PPP bag votes. This fear further rises when some sections talk about the division of Sindh. It is construed that if PPP did not get a mandate, the geographical integrity of Sindh would be jeopardised. This forces a united mandate in favour of PPP from the rural belt.

What goes to the PPP’s credit is the opening of as many as half a dozen universities and the same number of university campuses in rural areas.

It is assumed that it is only PPP that can bring power to the Sindhis and they do feel empowered. This fact lures the electables into its fold. The party has been playing gimmicks of mainstreaming marginalised sections of society, like making a Kolhi girl from Thar Krishna Kumari a senator and Tanzeela Sheedi an MPA.

It also won over nationalistic aspirations by trying to raise the issues of finance and water etc, which were otherwise taken up by nationalists. It raised the issue of power shortage for the province during the last five years, both at the level of government and the party.

Politics is not a three-month cycle of election; it is a continuous process spread over five years and more. In Sindh, PPP is the only party which has been in this mode. Analyst Naz Sahto explains: "PPP remains consistently in election mode. Other parties which have a following in some districts do not venture into new areas. They do not bother to formally review the post-election scenario and look for mistakes made during the campaign."

PPP has a network and it acts as a political force, both in normal days as well as in election days.

What is more, the local leadership gets to benefit a lot when the party is in power. It gets its share in jobs, contracts, development work and commissions. Despite all criticism, middle and upper middle classes have benefited from ‘corruption’ or what is known as patronage. "A good number of people are beneficiaries of this corruption, directly or indirectly," analyst Manzoor Shaikh points out.

According to Vice Chairman Jeay Sindh Qaumi Mahaz Asif Baladi, "we [in Sindh] have a different type of development approach: to give a bit to the people and they will stand in hope for more. PPP has done it; it gave some jobs, some roads, electricity and some water pumps. Now people have started questioning and bargaining, though brokers gain more from this bargaining."

PPP focuses on local arrangements of biradaris and tribes; these local arrangements help it get votes. Ironically, this non-political factor was introduced in our politics by Gen Ziaul Haq and was matured by Gen Musharraf, particularly in the local bodies’ elections.

Pakistan People’s Party has the sort of access that other parties don’t. "No one turns up after elections, whether they win or lose. Murtaza Jatoi and Pir Sadaruddin Shah have both been federal ministers; they practically delivered nothing to their voters or even to the people of Sindh," says researcher Aslam Khwaja.

Absence of alternative is another major factor that has kept PPP in power; this means an alternative that is better than the PPP. No strong and organised opposition exists in Sindh. The parties and groups posing themselves as alternatives, practically and in perception, are worse than the PPP.

Traditional mainstream political parties, like PML-N and PTI, are least interested in Sindh affairs. Rather they are more interested in ‘sweeping’ the elections in Punjab. These parties do not opt for mass moblisation and organisation in Sindh. There might be two possible indigenous alternatives: one, the elites who are opposed to PPP’s governance and policies; two, the middle class or rising new classes, this includes Sindhi nationalists, as happened in Punjab, KP and to some extent in Balochistan.

The alternative of elites under the leadership of Functional Muslim League (FML) has been a failed experiment, mainly because such parties or alliances surface only on the occasion of the election. They do not believe that people matter in politics. Besides, they have no alternate programme and strategies. As for the nationalists, they stand divided, without any clear-cut goal and strategy. Therefore, PPP continues to be the leading force in Sindh

Apart from provincial autonomy, the 18th Constitutional Amendment has devolved more powers and funds to provinces. This has defused the nationalist upsurge in provinces. In Sindh, there is no narrative left with the nationalists except that PPP is not sincere with Sindh.

What keeps PPP in power